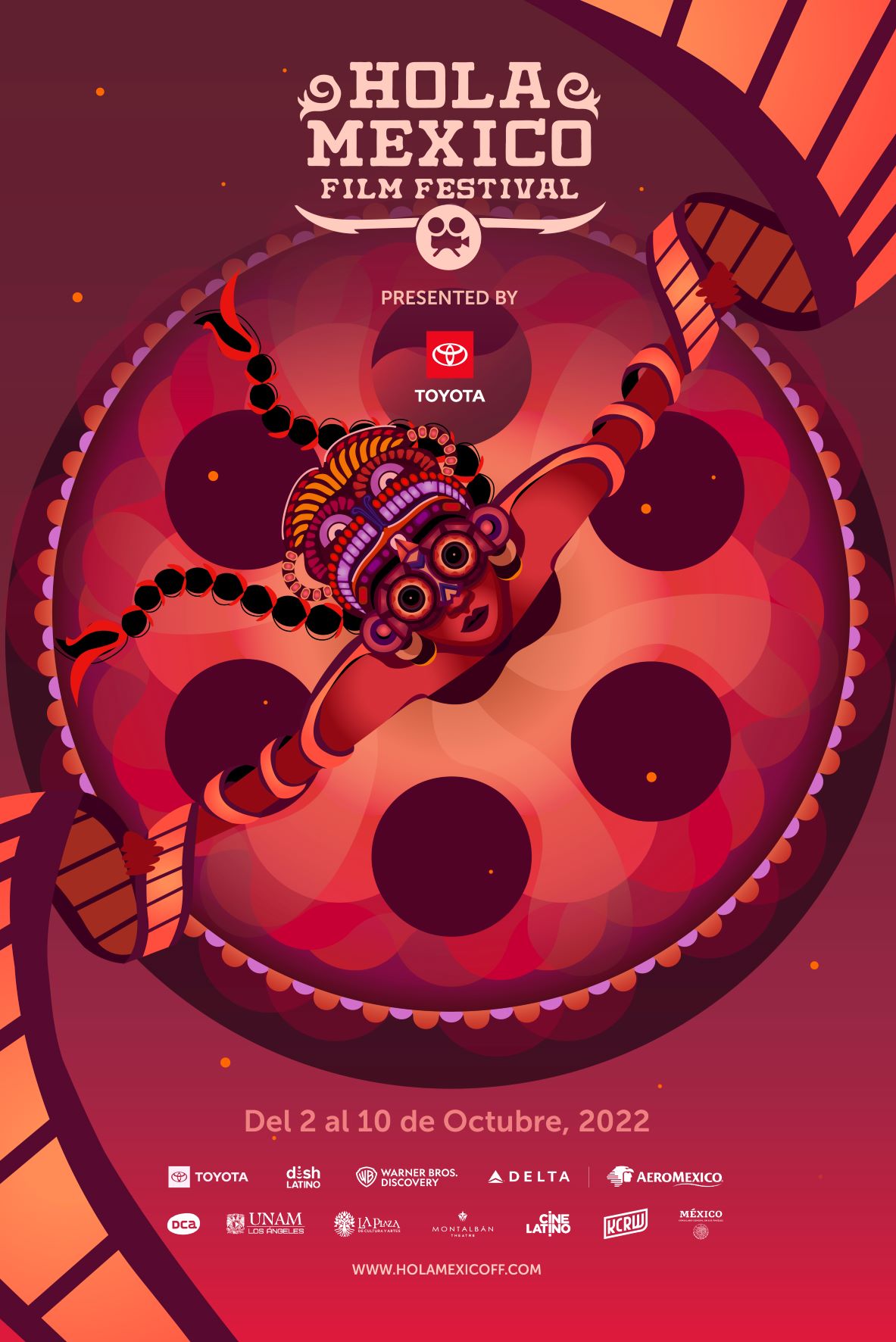 After last year's triumphant return to in-person attendance, Hola México Film Festival (HMFF) once again will give viewers the opportunity to gather in celebration of Hispanic Heritage Month by seeing some of the latest and greatest classic films to have come from Mexico. The festival gathers more than 10,000 cinephiles to see 20 + films, many of them making their premiers with red carpet galas attended by the biggest actors and directors in Mexican cinema.

Samuel Douek, the founder and director of HMFF, had this to say about last year's return to in-person attendance: "Last year's festival was a triumph for all involved, from the directors and actors who created the amazing films and walked the red carpets to all the fans of Mexican cinema that came out. This year's 14th annual edition will be even greater!"

"Cinema is one of the best platforms for cultural expression in the arts," said Alex Chau, Brand Media Manager, and Integrated Marketing Operations for Toyota Motor North America. "We are delighted to once again participate in the Hola Mexico Film Festival to showcase the rich, vibrant stories that connect with audiences and promote cultural pride for Latinos in the United States."

At once moving and hilarious, this singular comedy begins when Jenny (Danae Reynaud) travels to Mexico City in search of her father following the sudden death of her mother. But she soon discovers that her dad is far from a conventional guy. Barry el Sucio (played by the extraordinary Joaquín Cosío) is a seasoned and charismatic con man who abandoned her as a child. The two start off as strangers trying to find common ground, as Barry introduces her to his world of deceit by revealing the tricks of "the trade." Directed by Gustavo Moheno, the cast includes Joaquin Cosio, Danae Reynaud and Diana Bovio. (Mexico 2022, 95min)

HMFF will conclude with an award ceremony. Recognitions will include best director, best short film, and best audience award.

More on EntSun News
A special showcase of two Mexican Films from the Golden Age of Mexican Cinema: "Sombra Verde" (starring Ricardo Montalban himself and directed by Roberto Gabaldon and "La Mujer Murcielago" (Batwoman) a film that has been lost for decades directed by the renowned Rene Cardona. Both films have been fully restored in HD and will play in the wonderful Montalban Theater rooftop.

Hola Mexico Film Festival presented by Toyota will be presenting the following films:
Hola Mexico Film Festival prides its self in creating unique poster artwork by working with Mexican graphic designers. This year San Luis Potosi Mexico graphic designer Monserrat Ventura combines Mexican culture and the Art of Cinema. In pre-Hispanic culture, masks were made to materialize the intangible by making it visible to the spiritual beings to venerate them. This poster represents the Mexican culture of showing the deity and the tangible, the spiritual and the human. Taking different graphic elements representing Mexico, his history and the cinema, merging a woman with a dress and rebozo combined with the cinematographic elements representing a dance from overhead angle.

Hola México Film Festival also has a prestigious mentor program, Tomorrow's Filmmakers Today (TFT), which connects young, U.S.-based Latino filmmakers to much needed resources and industry leaders. The program's long-range goals are to increase Latino representation in the global filmmaking industry and to foster meaningful collaborations amongst program participants. HMFF highlights the work of TFT alumni via the TFT CENTERPIECE film showcase during the festival. For more information about TFT, please visit https://www.holamexicoff.com/tomorrows-filmmakers/.

Samuel Douek, Founder & Director of the HMFF earned his bachelor's degree in marketing from Mexico City's Anahuac University and his master's degree in Event Management in Sydney, Australia, where he founded Hola Mexico Film Festival. The festival has since grown into the largest of its kind outside of Mexico and is now a celebrated, yearly tradition held in the capital of the worldwide film industry, Los Angeles, CA.

About Toyota:
Toyota has been a part of the cultural fabric in the U.S. for more than 60 years, and is committed to advancing sustainable, next-generation mobility through our Toyota and Lexus brands, plus our nearly 1,500 dealerships.
Toyota directly employs more than 39,000 people in the U.S. who have contributed to the design, engineering, and assembly of nearly 32 million cars and trucks at our nine manufacturing plants. By 2025, Toyota's 10th plant in North Carolina will begin to manufacture automotive batteries for electrified vehicles. With the more electrified vehicles on the road than any other automaker, a quarter of the company's 2021 U.S. sales were electrified.

To help inspire the next generation for a career in STEM-based fields, including mobility, Toyota launched its virtual education hub at www.TourToyota.com with an immersive experience and chance to virtually visit many of our U.S. manufacturing facilities. The hub also includes a series of free STEM-based lessons and curriculum through Toyota USA Foundation partners, virtual field trips and more. For more information about Toyota, visit www.ToyotaNewsroom.com.
For customer inquiries, please call 800-331-4331.