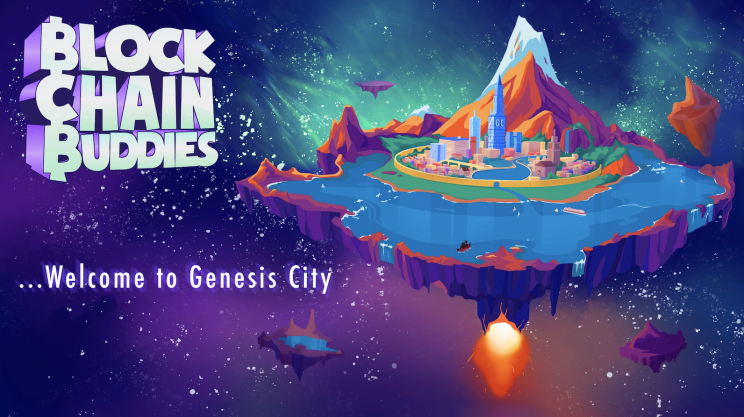 Other launch partners include lead developer João Abrantes, writer Brandon F. Johnson, and A-list entertainment lawyer Jason Liberman. Advisors on the project also include NFT influencers and analysts, including iAmFuture, Preston Johnson (aka SportsCheetah formerly of ESPN and co-creator of PUNKS Comic), and members of The Last Slice collective.

More on EntSun News
Blockchain Buddies shows how emerging platforms and community engagement are flipping the paradigm of how new stories are championed on a wide scale—while niche audiences can be given exactly what they want. As the world enters the Metaverse, entertainment will evolve, and this new studio is positioned to reveal how art, community, storytelling, and blockchain come together to create compelling interactive experiences.

As part of the announcement, the Blockchain Buddies team has shared its first piece of concept art, showing the world of Genesis City where characters and other kinds of IP will live. Designed by YueTong Tsen, the piece will also be later auctioned off as a 1/1 NFT. The project launches with a discord channel led by veteran moderator Peachy. Additional details on the project will be released on social media via Twitter @BCB_NFT and discord (join here: https://discord.gg/A7QbDvUmtd) with an incentive structure for reveals.

To start, the first Character Design illustration, done by Ashton Holmes, will be revealed as newcomers join the Blockchain Buddies Discord community. Additional reveals and updates will be forthcoming as the community grows--with giveaways, competitions, live events and more to come.

More on EntSun News
Lopes and Shulman previously created the first NFT marketplace with legal licensing and patent-pending smart contracts. Lopes is also the co-founder of LINK Agency, a TikTok-focused marketing firm that has generated over 3 billion organic impressions for its clients, while Shulman previously led go-to-market strategies for Sony PlayStation while a consultant at EY.