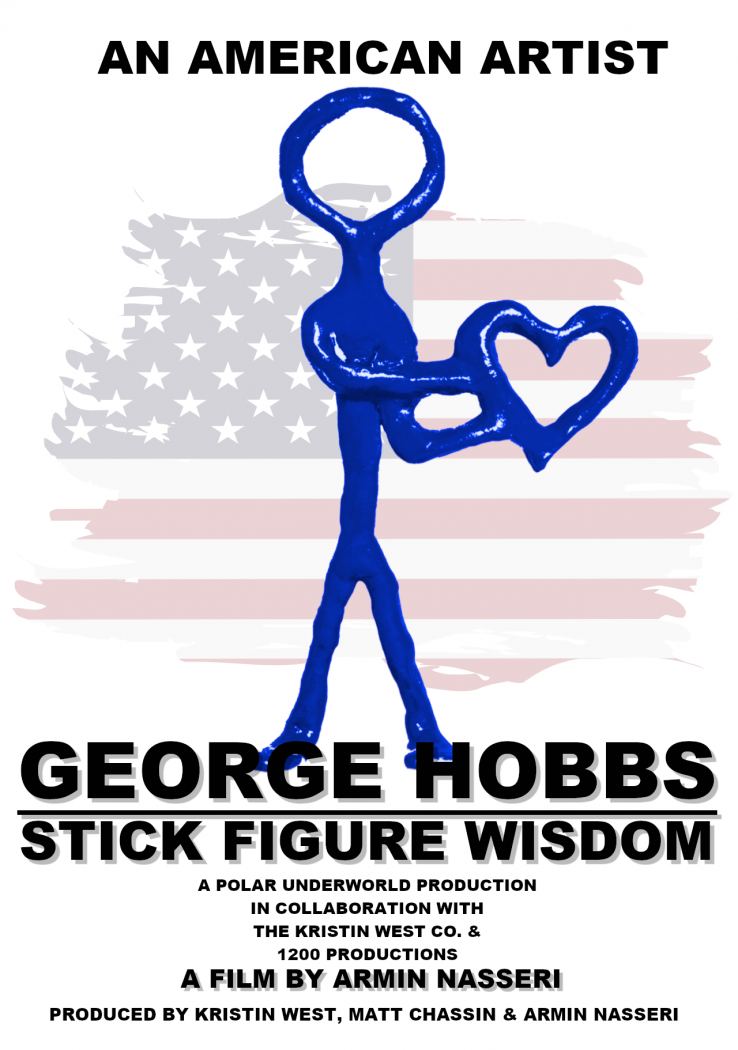 Contemporary artist George Hobbs has opinions: Jesus was a liberal and love is the scariest thing in the world. He'll tell you why with his stick figures.
HOLLYWOOD, Calif. - EntSun -- George Hobbs paints stick figures with socially conscious messages, uses mixed and multimedia pieces to talk about the evils in the world, photographs humans as landscapes with miniatures, adds to an ever-growing line of spirited, vibrant clothing he calls "party wear" and creates quirky short films and records his own original music. Now, award-winning filmmaker Armin Nasseri has created a documentary that follows the multi-talented artist, as he creates, reveals his creative process, and explores what drives him to create.

Turns out Hobbs has always wanted to be an artist. He started as a child, and continued through college, until a harsh critic dampened his spirit. The critic nearly killed George's dream, but eventually he began creating again, and found his voice. And what a voice! Hobbs' art is filled with powerful messages that inspire others. Buoyed by gallery owner, Carlos Benitez, George Hobbs is a force to be reckoned with--and that force is a force for good.  George's "contemporary cave paintings", as he calls them, are a compelling interplay of social commentary and contemporary art in the seeming simplicity of stick figure cartoon artistry.  Benitez likens him as both a "child" and a savant, highlighting his ability to communicate complex ideas in a way that "even a child could understand."

More on EntSun News
"George Hobbs: Stick Figure Wisdom" was directed by Armin Nasseri. Nasseri has won awards, including for the socially distanced feature "The Central Authority," as well as his socially relevant short films "Seeking Valentina" and "The Carting Call." Nasseri's frequent collaborator Kristin West ("The Central Authority"), co-produced and did in-depth interviews with Hobbs and Benitez. Producer Matt Chassin ("Routines", "Krampus: The Christmas Devil") says, "I'm proud to be involved with such an important project. George Hobbs is a great artist and a great human. I hope this documentary shines a huge light on this enormous talent," and anticipates a release date this year or early next year.

Here is the trailer for the film:
https://www.youtube.com/watch?v=WACVR_3_a6U&ab_channel=ArminNasseri