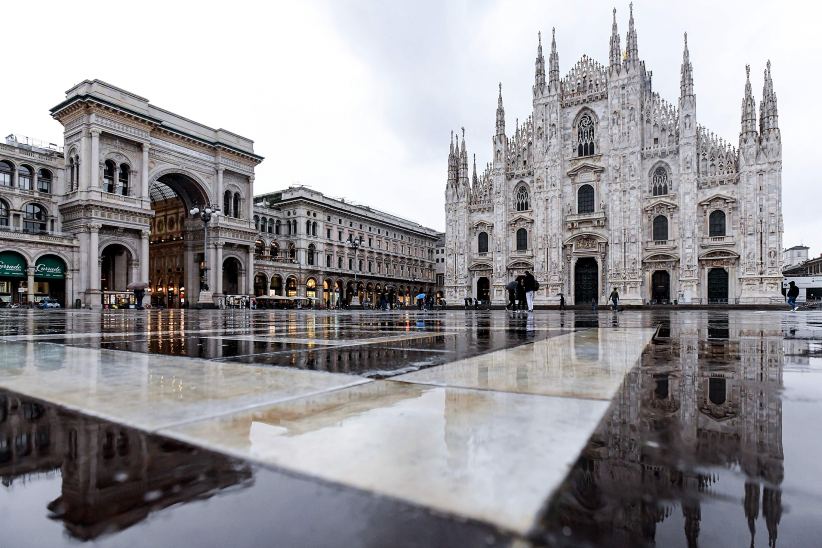 No performances equal no revenue for these whose livelihood depends on the ability to reach others through music.
SENIGALLIA, Italy - EntSun -- The music industry is in a tailspin. Thousands of concerts and festivals worldwide have been canceled due to COVID-19 measures requiring venues to close and fans to "shelter in place". As a whole, the industry expects to lose upwards of 10 billion dollars this year and there are some that doubt whether we will see any live performances for the remainder of 2020. Lost among all the numbers and statistics are the artists who use their talents to make a living.

FLEMT is a rock band from Senigallia, Italy founded by Alessandro Lapini and Michele Trillini in 2006. They have had success including opening for Bon Jovi in 2011 and signing to US Indie Label White Lion Audio in 2017. But the future of the group is in question as the coronavirus ravages communities and economies in Europe and abroad.

More on EntSun News
"The impact has been catastrophic," says Alessandro, "Everything in Italy has been shut down. It's as if we are living at the end of the world.  If you go outside you cannot even hear the sound of a fly. The city seems dead."

Italy has over 150,000 reported cases and at least 16,000 deaths due to COVID-19. The country has imposed a dusk-to-dawn curfew which is finally beginning to lower the death toll.

"All work has stopped. It feels as [if}] we are in jail," the bandleader says. "I recommend following the rules imposed by the governments and together we will come out of this stronger than before."

The band's manager, Gina Helms Whitt (USA), states, "FLEMT was in the studio preparing to release their newest single when Italy went into lockdown. We were also preparing for the festival season in Europe and America. Being in Alabama and the band in Italy, Twitter, Facebook & WhatsApp are our best friends."

More on EntSun News
Gina went on to express the importance of preparing for after COVID-19. "I think that artists/bands will be busier than ever. People are going to want to get out of the house...and they'll be seeking entertainment. I think we are going to see a resurge of fan participation."

FLEMT members continue to practice new music while others like lead vocalist, Patrik Pambianco perform on social media for their fans. "I think that man should understand that the investments that are necessary above all, in healthcare cannot be overlooked," states Pambianco. "But still, we have hope." Music is hope.

FLEMT's latest track "Dream Girl - 2020 Version" is available for purchase and stream on all music platforms through White Lion Audio and Sony Orchard.