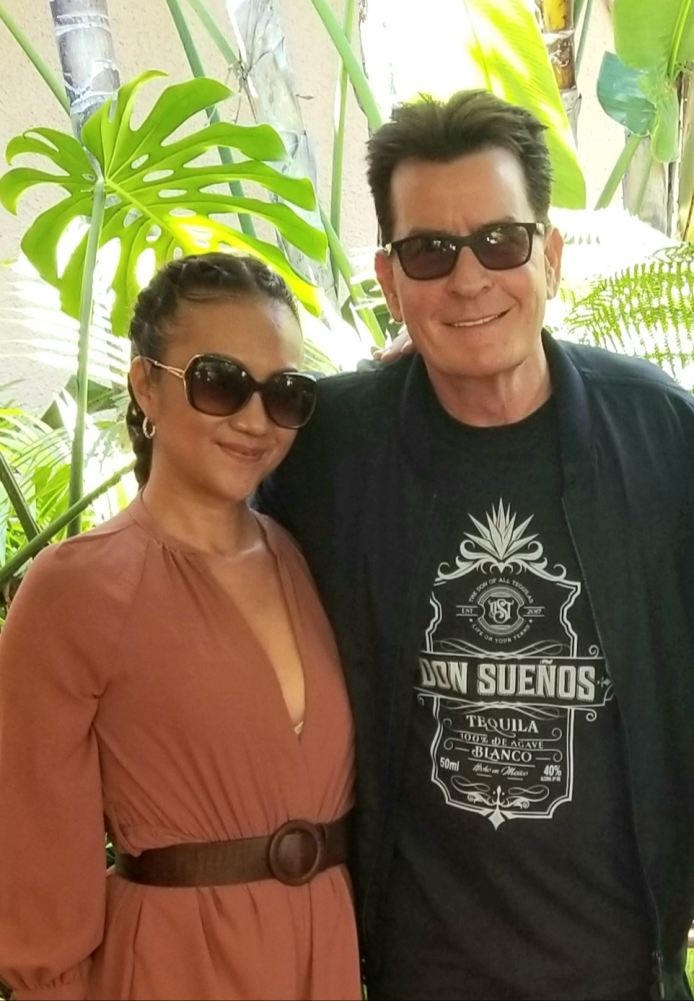 Award-Winning Actor Drawn to Award-Winning Line of Tequila for Its Quality Product and Deep Community Involvement
WEST PALM BEACH, Fla. - EntSun -- Maker of hand-crafted, small-batch tequilas Don Sueños today announced that Emmy®-nominated and Golden Globe® Award-winning actor Charlie Sheen has signed on as a co-owner of the company, whose tagline urges living "Life On Your Terms®." Founded in 2017, the super-premium brand has quickly garnered widespread attention – both for its high quality spirits and its commitment to charitable causes. The brand's expressions are crafted from single-estate blue weber agave, carefully cultivated in Los Altos, Jalisco, Mexico, and processed to produce a taste that is attracting tequila lovers worldwide.

Sheen joins co-owner Kumiko Zimmerman, who has run Don Sueños since founding the company in early 2017, making it the first tequila maker to be owned and operated by a Japanese woman. Since launching her tequilas to the world, the company has achieved multiple awards and accolades. At the 2018 SIP Awards, the world's only consumer-judged blind alcohol tasting competition, the company earned platinum awards for all three of its expressions: Blanco, Añejo and Reposado. Following this success, the brand went on to receive a 91-point score from Wine Enthusiast magazine, ranked among the top 100 brands of 2018, and, at this year's SIP Awards, collected a Double Gold Consumer Choice award. Upon receiving these accolades, Don Sueños dubbed itself "The Don Of All Tequilas®."

Passionate about her brand, Zimmerman is pleased to welcome Sheen to the Don Sueños family. "As a native of Japan, where fine spirits are quite popular, I'm well aware of what goes into making a superior product, as well as the importance of having a strong team to promote the brand and tell our story. We believe Charlie will be a great addition to team Don Sueños." said Zimmerman.

More on EntSun News
"When the company reached out to me with an opportunity to get involved with their organization, I was instantly interested and excited, as, in the past, Don Sueños' Tequila Blanco was one of my favorite sipping spirits due to its superior taste and quality," noted Sheen. "While I am proud of my sobriety for over 19 months now and am firmly committed to living a clean and sober lifestyle, I chose to become a part owner of Don Sueños because I know their tequila is of the highest quality. I'm excited to be able to work with Kumiko and the team to help Don Sueños continue to grow and to bring awareness, both to its outstanding products and to the charitable organizations it supports."

Over the past two-and-a-half years, Don Sueños has participated in multiple fundraisers, donating a portion of its proceeds to bring attention to a number of worthy causes. These began with a local Florida relief effort for the victims of Hurricane Irma, and expanded to include ongoing relationships with such organizations as Autism Speaks; the Elton John AIDS Foundation, which raises funds for HIV/AIDS treatment, services, research and education; The Mercury Phoenix Trust, which has funded over 700 projects in the global battle against HIV/AIDS; and Project Angel Food, which annually cooks and delivers more than 600,000 meals free of charge to adults and children in Los Angeles County who are affected by life-threatening illnesses. With the new addition of Mr. Sheen to the Don Sueños family, the company hopes to further the ongoing efforts by these charities through a continued portion of proceeds going directly to the above mentioned organizations.

More on EntSun News
About the brand

Don Sueños owes its quality to a host of factors – starting with the environment in which the agave is grown. The red volcanic soil of the Jalisco highlands farm, where its blue agave has been grown for more than 40 years, is rich with quality minerals and earthy tones that contribute to the tequila's distinctive taste.

The farm-to-bottle agave is hand-harvested to ensure only the finest selection of mature agaves, which are then cooked using an autoclave to ensure the perfect steaming, resulting in a more fruity and sweet taste. A modern roller mill then presses the piñas to extract the sugary juice, while preventing the agave from being pulverized, which ultimately affects the overall quality. Once the distillation process is complete, the product is not rushed into bottles and sent off to the market. Instead, our master distiller insists it to be oxygenated and then left to rest for another 59 days, allowing the product to mellow and develop its superior flavor and aroma profile. The result is a super-premium, all-natural everyday sipping tequila.