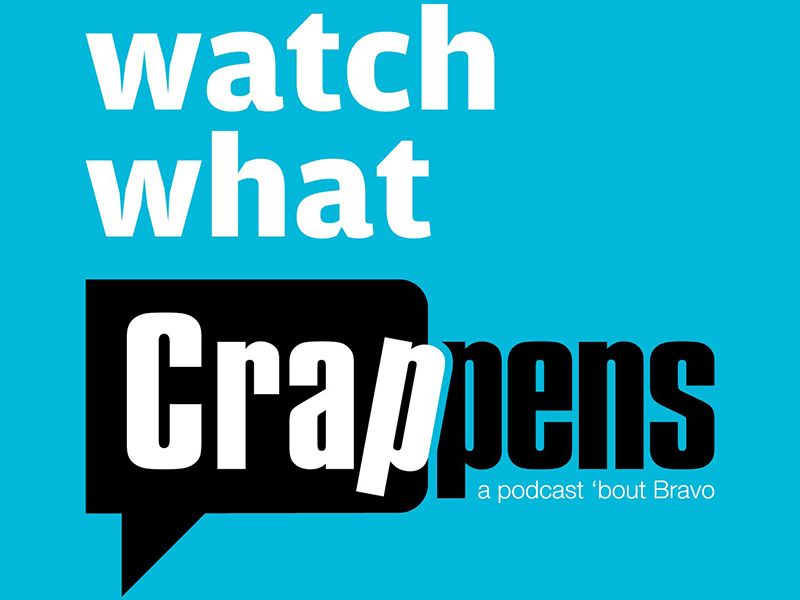 Live Performances of the Reality-Roasting Hit Podcast Selling Out Shows Around the Nation - Podcasters Now Represented by WME
LOS ANGELES - EntSun -- Watch What Crappens' wickedly funny podcasters – Ben Mandelker and Ronnie Karam – announced today nineteen new live shows on their 2020 tour and that they've signed with WME (William Morris Endeavor). Crappens is the hit podcast that lovingly throws shade and delivers consistently good-natured but snarky commentary about Bravo TV to over 2 million monthly listeners. The podcast will kick off their tour with The 2020 Golden Crappies in Los Angeles on January 17, at The Regent Theater. This will be followed by appearances around the country and in Canada.

For the uninitiated, Watch What Crappens lampoons the weekly happenings and delicious drama of Bravo-lebrities. This funny and brash podcast has racked up nominations for "Best Podcast" by LA Weekly and earned praise from Mental Floss, which called it "laugh-out-loud" in its list of "19 TV Podcasts You Need to Hear." Buzzfeed called Crappens "one of the most influential Housewives podcasts." Crappens is usually found in the Top Ten iTunes podcasts in the TV/Film genre, and the Top 100 overall.

Watch What Crappens started as a lark sometime in 2012 by colleagues Ben Mandelker, a comedy writer, and Ronnie Karam, a comedian podcaster, who just happened to like talking about shows they watched the night before. So did lots of others, and their audiences grew and grew. They decided to give live theater a go in 2017.

Crappens live shows sell out fast, and their fandom's wild enthusiasm only adds to the pre-show hilarity. The party gets going an hour before the theme music swells and the lights go on. Sometimes, fans are dancing in the streets and appearing in dresses plastered with the faces of the Crappens podcasters. Other times, the crowd will swarm around anyone they think is connected with the show. No need to warm up these crowds; they're ready to roll. And, with Bravo-lebrities popping up at shows unannounced, well, you never know what you're in for!

More on EntSun News
"It's crazy," says Mandelker. "Our fans are really devoted, as in, beyond amazing. They're the reason we do this. Some have even come to our shows from as far away as Sweden, Scotland, Australia, and Japan!" But, for those just glued to their earpieces, the podcast that dissects the latest episodes of TV's most popular reality shows airs five days a week.

Karam adds that Bravo stars love the podcast, too. "Their support has been just incredible and they really make the live shows even wilder," he says.

Those who have put in appearances: Stassi Schroeder, Ariana Madix, and Tom Sandoval from Vanderpump Rules; Captain Lee Rosbach, Kate Chastain and Captain Sandy Yawn from Below Deck; Kathryn Dennis and Patricia Altschul of Southern Charm; Hannah Berner of Summer House; Shannon Beador of Real Housewives of Orange County; Lea Black from Real Housewives of Miami; Jeff Lewis of Flipping Out; and Leeanne Locken of Real Housewives of Dallas, among others.

Upcoming Watch What Crappens Live tour dates are as follows:

For information on tickets, visit Watch What Crappens (http://www.watchwhatcrappens.com). The list of new live shows is updated regularly.

About Watch What Crappens

Watch What Crappens started as a lark sometime in 2012 by Ben Mandelker and Ronnie Karam, two colleagues who just happened to like talking about shows they watched the night before. So did lots of others, and their audiences grew and grew. They decided to give live theater a go in 2017.The duo was featured at the 2019 Just For Laughs Festival in Montreal and SXSW in Austin, TX. Bustle called Watch What Crappens "dependably fantastic"; The Huffington Post declared Crappens the "go to podcast for all things Bravo"; and Buzzfeed ranked the show on its list of "22 Fantastic Podcasts To Make Your Commute Less Shitty." Watch What Crappens is available on iTunes, Google Play, Soundcloud, iHeartRadio, Stitcher, Spotify, and anywhere else where podcasts are found. The podcast airs five times a week.