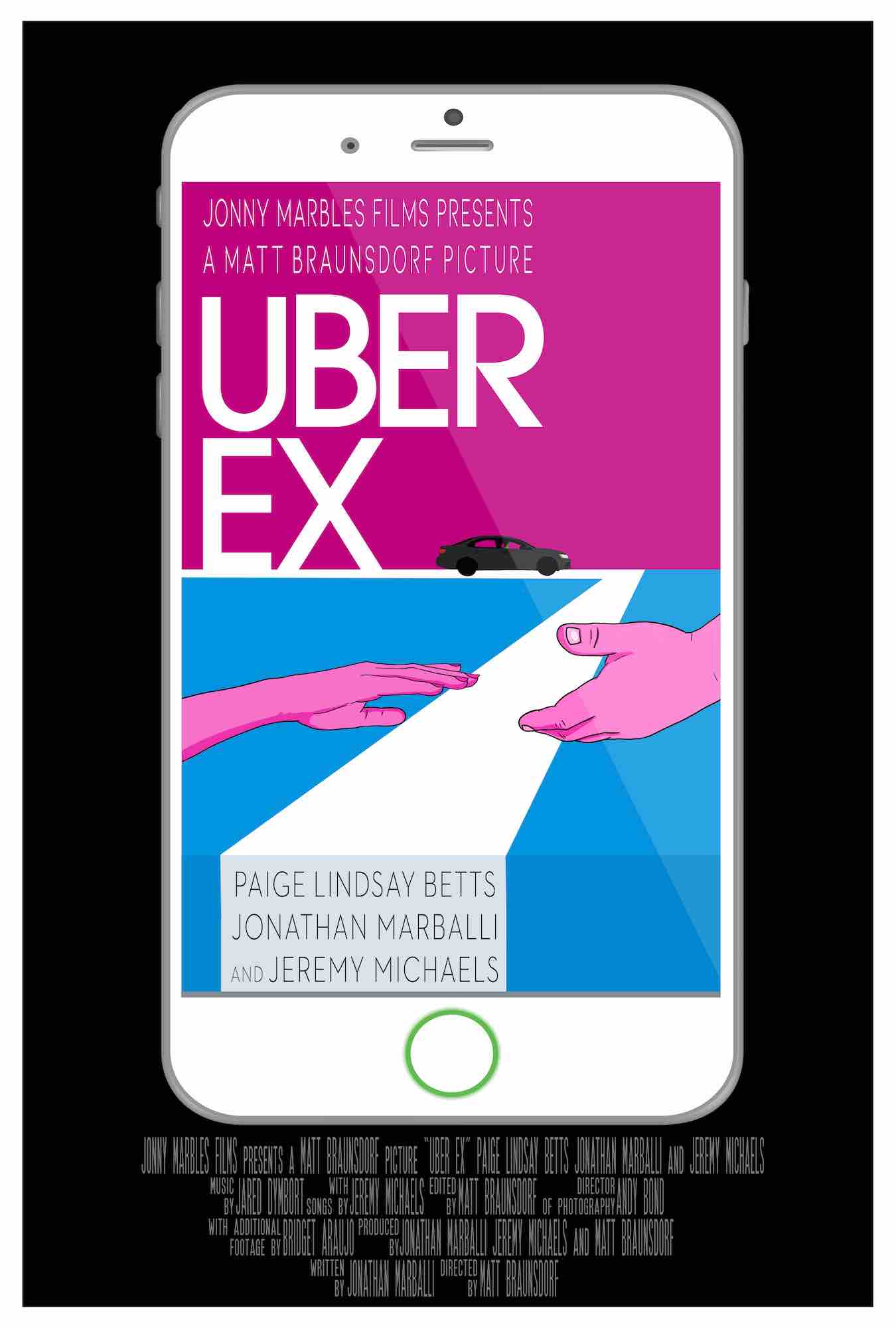 This new award-winning short film about technology, millennial relationship angst, and biracial identity will be available for free on Vimeo and Amazon Prime.
NEW YORK - EntSun -- "Uber Ex" is a new romantic comedy short film debuting for free on Vimeo and Amazon Prime (USA & UK) this Valentine's Day. The 17-minute film made its big screen debut at the LA Comedy Fest last summer where it won awards for "Best Ensemble" and "Best Short Screenplay." Over the course of its festival run, it also took home awards for "Best Comedy" (Cape Fear Independent Film Festival), "Best Actor" (Jonathan Marballi, Discover Film Awards) and "Director's Choice" (Austin Revolution Film Festival), and screened in seventeen cities across the US and around the world including New York, Chicago, Austin, London and Mumbai.

Directed by Matt Braunsdorf ("Draftsville," "John the Carpenter") and written by and starring Jonathan Marballi ("Thingstarter," "Mr Student Body President"), "Uber Ex" represents a reunion between the two collaborators who met as performers and filmmakers at the Upright Citizens Brigade comedy theatre in New York City. During their time there they collaborated on many short films, sketches, and web-series including the viral video "Hot Sauna," which was featured on Comedy Central's "Tosh.0." "Uber Ex" also features actress Paige Lindsay Betts ("86'd") and actor Jeremy Michaels ("A Crime To Remember").

More on EntSun News
Matt says he was originally drawn to "Uber Ex" because he saw it as a chance to further explore the dynamics of modern relationships and how they can be affected by technology. "It can be both a benefit and a curse, and with this film perhaps it can force us to confront our arrested development and either cause us to succumb to its embrace or find the strength to move on," he said.

Jonathan Marballi, an American of Indian, Italian and Russian Jewish descent who identifies as Christian, drew from his own life when writing the script. "I wanted to explore the complexity of being a half-white, half-Indian, American in a way that passively unfolded over the course of the characters' conversation because that's often how I experience it in real life," he said.

The story takes place over the course of a ride home after a party when David (Marballi) and Kate (Betts) find themselves in the backseat of a car being driven by Kate's old flame, Lev (Michaels). During this tense comedy, secrets arise, alliances shift, and relationships are challenged.

Please feel free to reach out to Jonathan, Matt, Jeremy, or anyone involved with the project for any inquiries at the e-mail address or phone number posted with this release.

Available on Amazon on February 14 at: [URL Pending]

Available on Vimeo on February 14 at: https://vimeo.com/jonnymarblesfilms/uber-ex