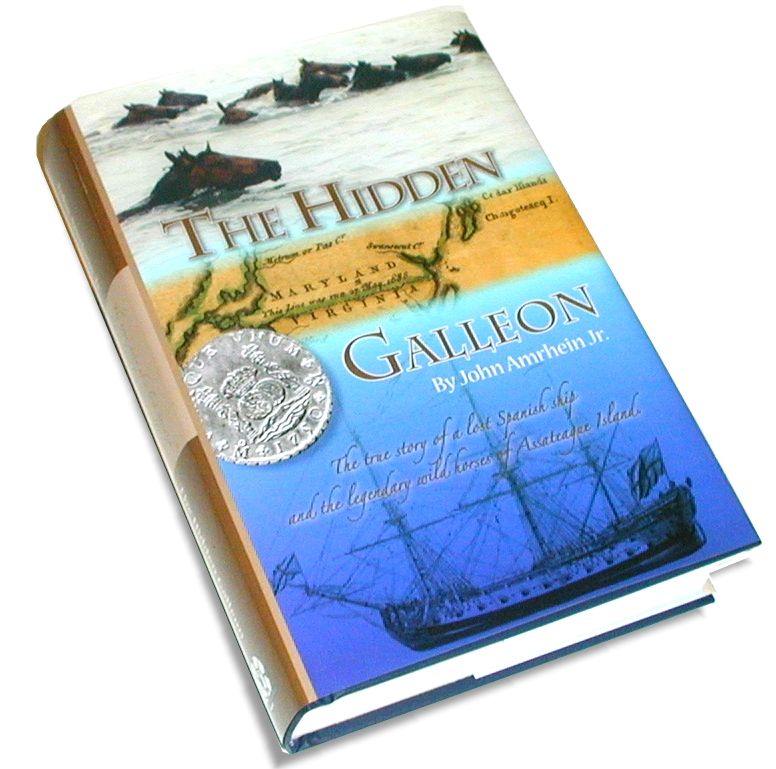 This was not the usual Spanish treasure fleet but a mixed assortment of merchant ships and Spanish navy vessels that were returning to Cadiz, Spain. They knew hurricane season was upon them but delays of enlisting crew and loading cargo destined for the King of Spain on board the warship, La Galga, prevented an earlier departure They were caught in the hurricane coming out of the Caribbean off the northern coast of Florida and were then trapped in the north bound Gulf Stream
KITTY HAWK, N.C. - EntSun -- La Galga, the naval escort, wrecked upon Assateague Island, Virginia, on September 4, 1750. She was the last to wreck but no one perished during the storm. As the ship sat in shallow water, some crewmen who attempted to swim ashore with money bags, drowned. The Spaniards left three days later, but they left behind a legend that has endured for centuries that the wild horses that run on Assateague Island today came from La Galga. In 1947, Marguerite Henry, a beloved children's author, wrote Misty of Chincoteague which has sold millions since and was made into a movie in 1961.

More on EntSun News
At Cape Lookout, North Carolina, two treasure ships were lost. The Spanish galleon, Nuestra Senora de Guadalupe came to anchor south of Ocracoke Inlet loaded with a million dollar cargo. No longer capable of proceeding on her own, Juan Manuel Bonilla hired Owen Lloyd and his one-legged brother, John, to the Guadalupe into the harbor.  The treasure was then transferred to two English sloops.

While Capt. Bonilla was in New Bern, NC, meeting with the governor, the Lloyd brothers executed their plan to steal the treasure. At 2 pm on October 20th , the sloops raised sails and headed for the Caribbean. Unfortunately John Lloyd ran aground and was captured but Owen made it to Norman, Island in the BVI where he disposed of 50 chests of silver.

As soon as he and his crew left, locals from Tortola came over and began unearthing treasure. The whole Caribbean went into an uproar. But LLoyd and some of his crew were captured at St. Eustatius and sentenced to hang. Lloyd bribed his guards and escaped to St. Thomas where he met his untimely death at thirty-four.

More on EntSun News
His story of buried treasure has survived till today. It was on November 13, 1750, that Lloyd buried his treasure. One hundred years to the day, Robert Louis Stevenson was born on November 13, 1850. His story. Treasure Island, has sold millions of copies and made into numerous movies. We would not have Pirates of the Caribbean today if not for this thrilling true story that began at Ocracoke, North Carolina.