The Garden State Philharmonic Presents Peter and the Wolf and Music from Around the World: A Musical Tour for All Ages 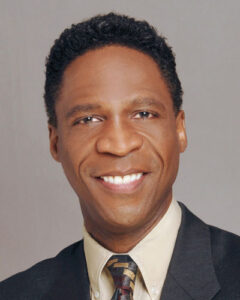 The Garden State Philharmonic (GSP) is set to continue their 2021-22 live concert series this May with their Peter and the Wolf and Music from Around the World concert. This performance is part of the Garden State Philharmonic's Symphonic Encounters series for the organization's 65th season.
TOMS RIVER, N.J. - EntSun -- Peter and the Wolf and Music from Around the World is a performance by woodwind quintet of flute, oboe, clarinet, bassoon, horn, accompanied with percussion, and narrated by Baritone Edward Pleasant. This musical tour will take audiences around the world with music from France, Brazil, England, Korea, Russia, the United States, and also includes music from Kwanza celebrations. Baritone Edward Pleasant will lead the concert with introductions and insights to each piece, as well as singing "Wade in the Water." The centerpiece of the program is the timeless tale of bravery, friendship, and imagination - "Peter and the Wolf" by Sergei Prokofiev - narrated by Mr. Pleasant.

Narrator and Baritone Edward Pleasant is recognized as one of the most versatile performers of his generation. Critically acclaimed in opera, stage, narration, recording, and musical theater, he has distinguished himself as an expressive singer and a gifted actor with brilliant comic timing and a luscious baritone voice. He has been heard in such prominent venues as David Geffen (Avery Fisher) Hall, Alice Tully Hall, Carnegie Hall, the Texas State Capitol and the White House. Mr. Pleasant gained national attention when he appeared with the New York City Opera as Jake in Porgy and Bess, which included an Emmy-nominated Live from Lincoln Center telecast on PBS. He has reprised this and other roles both nationally and abroad. Pleasant is also a professional storyteller who is in high demand as an orchestral narrator. He has narrated the perennial children's favorites Peter and the Wolf, Carnival of the Animals, Tubby the Tuba, Russell Peck's The Thrill of the Orchestra and most recently a new work, Uzu and Muzu from Kakaruzu by Avner Dorman. Mr. Pleasant is a also recording artist who can be heard in operatic arias and in all three volumes of the Paragon Ragtime Orchestra's Black Manhattan recordings. These recordings highlight the works of prominent African-American composers of the Harlem Renaissance. A recording of the early music of Irving Berlin titled This is the Life! for New World Records was lauded as "an engaging time capsule" by Opera News. He appears in the definitive recording of Scott Joplin's Treemonisha, which was cited in a New York Times article on prominent Black composers. Mr. Pleasant says "I love narrating Peter and the Wolf because I love stories and I really like the way the individual instruments tell this amazing tale. The instruments help the characters come alive. It is magical!"

More on EntSun News
The concert will be performed at the Grunin Center for the Arts on the campus of Ocean County College on Sunday, May 15 at 3pm. Tickets are available at www.GSPhil.org. There will be a free open rehearsal on May 12th at 7pm at the Burgdorff Center in Maplewood, NJ. In addition, thanks to grants from the Fred C. Rummel Foundation and the Investors Foundation, the GSP will perform this program in NJ public schools for over 1,000 children in Ocean, Monmouth, and Essex counties.

The Garden State Philharmonic (GSP), a professional orchestra based at the Jersey Shore, has been bringing music to the residents of New Jersey for over 65 years. Under the artistic leadership of Conductor Diane Wittry, the GSP has expanded their performances and is now performing in Essex and Monmouth Counties, as well as Ocean County.