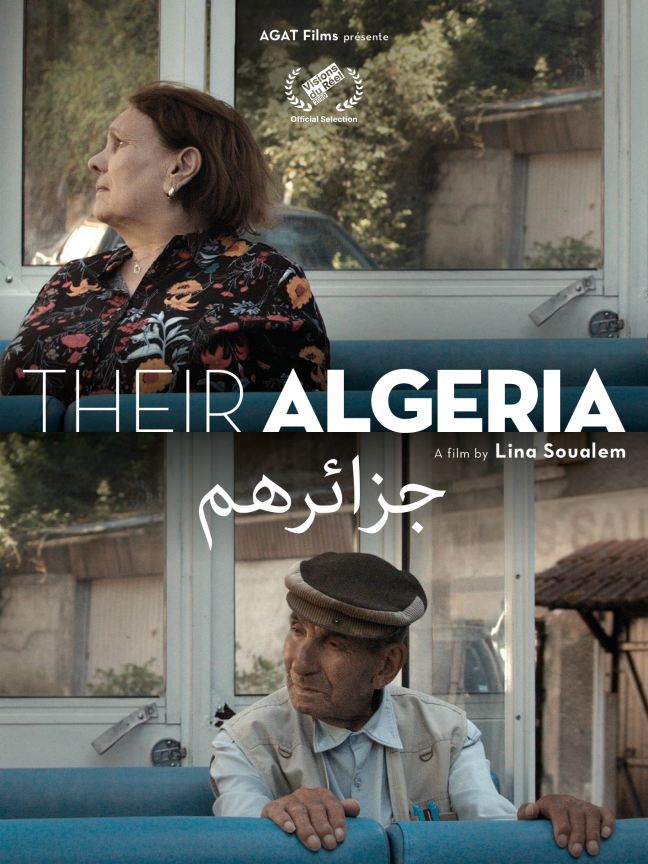 SR Socially Relevant™ Film Festival NY's Opening Night - Lincoln Center's Elinor Bunin Munroe Film Center on Wednesday, March 16th, featuring two great titles.
- Their Algeria, Documentary Feature Film at 6:00 PM
- Road To The Lemon Grove, Narrative Feature Film at 7:50 PM
MANHATTAN, N.Y. - EntSun -- [NEW YORK, NY] SR Socially Relevant™ Film Festival, NY - SRFF2022  Their Algeria by Lina Soualem and Road To The Lemon Grove by Dale Hildebrand open the ninth annual edition of SR Socially Relevant™Film Festival NY, SRFF 2022. Screening at 6:00 PM at Lincoln Center's Elinor Bunin Munroe Film Center, on March 16, Their Algeria is directly inspired by the filmmaker's grandparents' divorce after 60 years of marriage. This family story mirrors a part of the history of Algeria and France and the link that still unites them, on the 60th anniversary of the independence of Algeria. The screening will be followed by a Q&A moderated by Reda Bouchefra, New York Correspondent of Sky News Arabia. Screening at 7:50 PM is Dale Hildebrands' narrative feature Road To The Lemon Grove, an Italian father-son story that talks about redemption and family issues. It is a heartwarming story about an old-school Sicilian father trying to negotiate his way into heaven. This Canadian - Italian co-production is part of the Voices of Canada initiative of the festival this year in partnership with the Canadian Consulate General of NY and Telefilm Canada as sponsors. Burt Young (Rocky), Nick Mancuso (Ticket to Heaven), Rossella Brescia (Italian TV star and Italy's Prima Ballerina), Charley Chiarelli (Sicilian "Spalding Grey"), Loreena McKennitt (Multi-Platinum Recording Artist), and Tomaso Sanelli (Cicada 3301, Titans) star in the film. A Q&A moderated by Leonard Lopate of WBAI follows the screening.

More on EntSun News
"In these difficult times, the wonderful films made by the dedicated filmmakers offer us the added bonus of learning about the human condition, about filmmaking, and about engaging an audience as the first step towards awareness leading to social change. We are lucky in that our hard work as volunteers is rewarded in this way." Said Festival Founding Artistic Director Nora Armani.

Tickets for the Opening Night may be purchased online here. Most films are also offered online. Details on the SRFF 2022 are here. Press and Media accreditation portal. Sponsorships and partnerships are open here.

SRFF was founded by Actress/ Filmmaker Nora Armani in 2013 as a response to the proliferation of violence in media and entertainment. SRFF believes in the power of film in raising awareness of social issues and promoting positive social change. Over 12 social issues and topics are depicted. SRFF believes that positive social change can happen through the impact of Socially Relevant™films on society.

More on EntSun News
During its first eight years, SRFF has showcased over 550 films from 35 countries. This year, a roster of 64 selected films is on offer, including narrative films, documentaries, and shorts from 38 countries. The Lockdown category renders homage to the memory of the victims of the pandemic. New categories are Children's Films, Web series, and animation. Online discussions and Meetings with the Filmmakers complement the program.