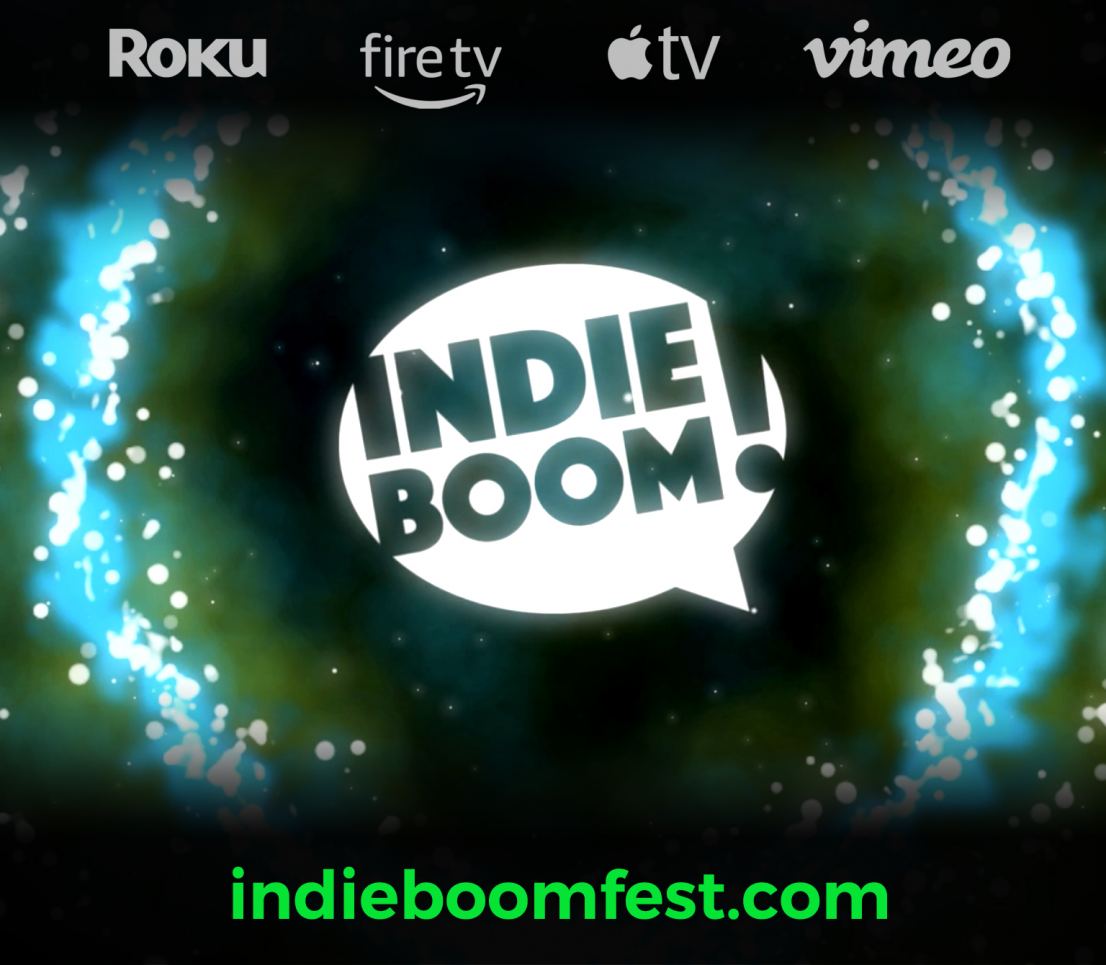 2020 has been the year of Social Distancing around the world. IndieBoom Festival using social media and audience engagement to bring creators and fans closer together — and to choose the winners. Its 4th annual edition runs Dec. 21, 2020 - Jan. 2, 2021 and streams free online and on platforms including Roku, Amazon FireTV, Vimeo, Apple TV and more.
NEW YORK - EntSun -- The streaming IndieBOOM Festival launches its 4th annual edition Dec. 21, 2020 - Jan. 3 2021 with over 50 new films, series, videos and original songs by emerging artists from around the world. The festival is free to attend online and on Roku, FireTV, Vimeo and Apple TV apps.

Unlike most online festivals, IndieBOOM is all about closing the gap between creators and audiences. A jury of industry pros programs the selections, then artists promote their work on social media to encourage people to watch their films or listen to their songs. Audience viewing stats determine the winners in each category, including Comedy, Drama, Documentary, Horror, Dance, and Fan Film — which showcases fan-made tributes to icons like Batman and Star Wars. The most-streamed title of the fest wins the Grand Prize of $500 to help an emerging creator realize their next project.

More on EntSun News
Each film gets its own custom web page with built-in social media tools, making it easy and fun for viewers to interact. Films are always 100% free to watch and are invited to stay on the IndieBOOM site after the festival, giving them more exposure throughout the year.

"2020 has forced us to stay apart, and most of our interactions have been via social media," said co-founder Anthony DeVito. "IndieBOOM is the perfect festival event during this time — both for creators who understand how important self-promotion is in today's industry, and fans who can participate and support independent artists no matter where they are."

More on EntSun News
About IndieBOOM
IndieBOOM is a free streaming film and media festival that's international, independent and interactive. It was created by the team at the award winning Art of Brooklyn Film Festival in response to how audiences and industry discover and watch media today.
http://www.indieboomff.com