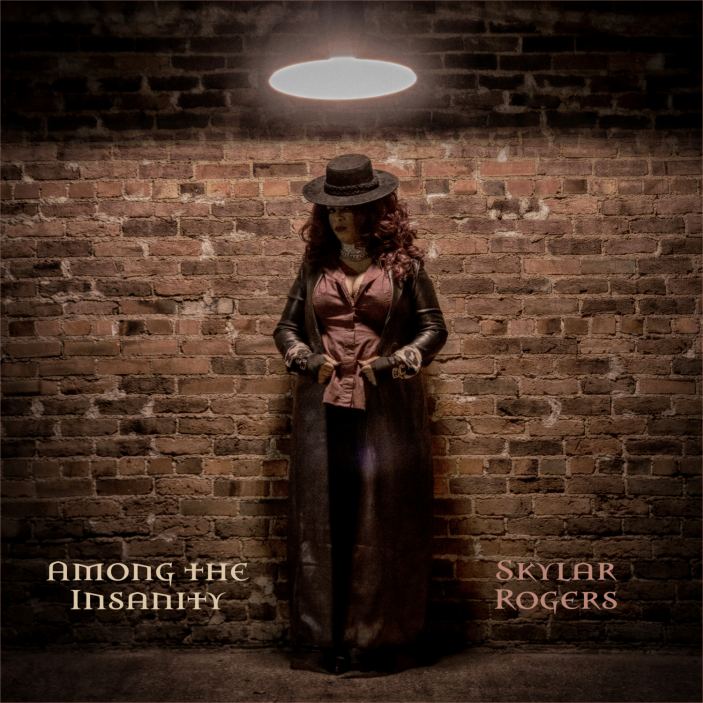 Sophomore album on Blue Heart Records slated for March 17, 2023 release
MEMPHIS, Tenn. - EntSun -- Skylar Rogers, the "Hard Headed Woman," is back with her sophomore release, Among the Insanity, taking the listener on a journey, from hard-driving roots/rock/blues to soul-wrenching melodies. Produced by Terry Wilson (Teresa James & The Rhythm Tramps, Trudy Lynn), the 12 tracks were recorded by an all-star cast of studio musicians, including Bennett Salvay, Terry Wilson, Billy Watts, Brannen Temple and WG "Snuffy" Walden. Rogers bares her soul and sings from the depths of her heart, bringing an intense yet sensitive energy to every song. With a voice that grips the soul and fills it with the energy and passion that only rocking blues can provide, Rogers' work embodies all the sassiness of a woman determined to make the most of every opportunity.

More on EntSun News
"It has been very gratifying to witness the growth and development of Skylar's sound while working with Terry Wilson," says Blue Heart Records partner, Sallie Bengtson. "Both Betsie Brown and I are proud and eager to present this new project to the worldwide music community."

"I really loved working with Terry Wilson on this project! As a writing partner he is the best and his knowledge as a producer took this project where I wanted it to go. I am very proud to release this on Blue Heart Records and hope the listener feels connected to the emotions that were put into these songs as I took it into a more blues rock direction. Thank you to all who have supported me through all the 'insanity'!"

Album preorders are available beginning February 17, with the release of the title track.