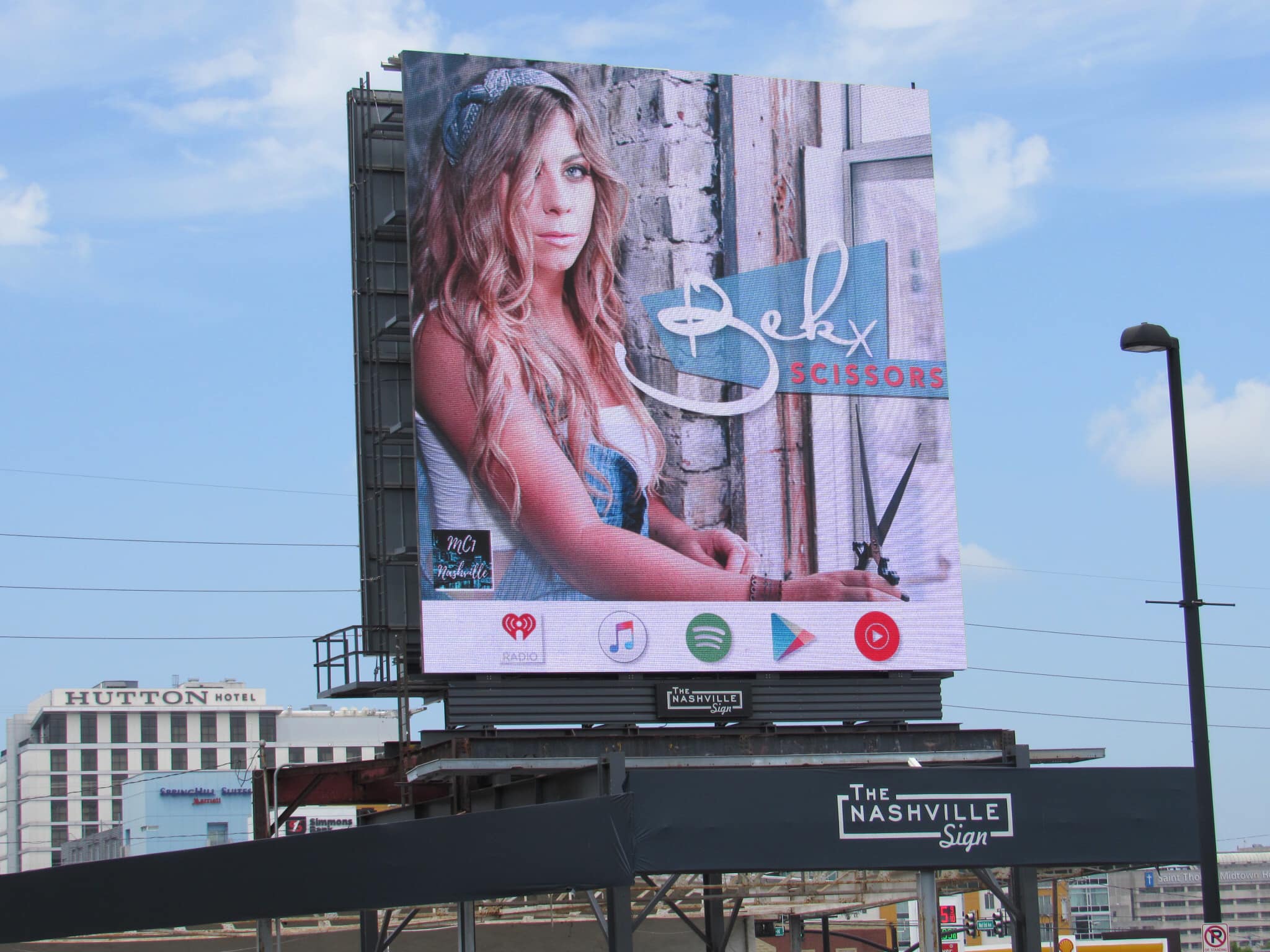 Bekx lands on Nashville's Broadway billboard overlooking the City while current single "Scissors" officially releases to country radio.
NASHVILLE, Tenn. - EntSun -- New country artist Bekx is excited to announce that she has landed on Nashville's one and only infamous Broadway Billboard. This large "Time's Square" type billboard sits high in the sky at the split of Broadway and West End in the heart of Music City. Bekx new single "Scissors" was released officially on June 17th, 2019 to country radio and is gaining airplay each day world wide.

She was signed earlier this year to MC1 Nashville who has great expectations for this new young and talented artist.

More on EntSun News
Bekx has hit the road visiting radio stations across the country to promote her new single and to share her talent with the program directors. The video for the debut single is to be released in just a few weeks. For more information check out Bekx website at www.bekxgoodman.com and all social media.