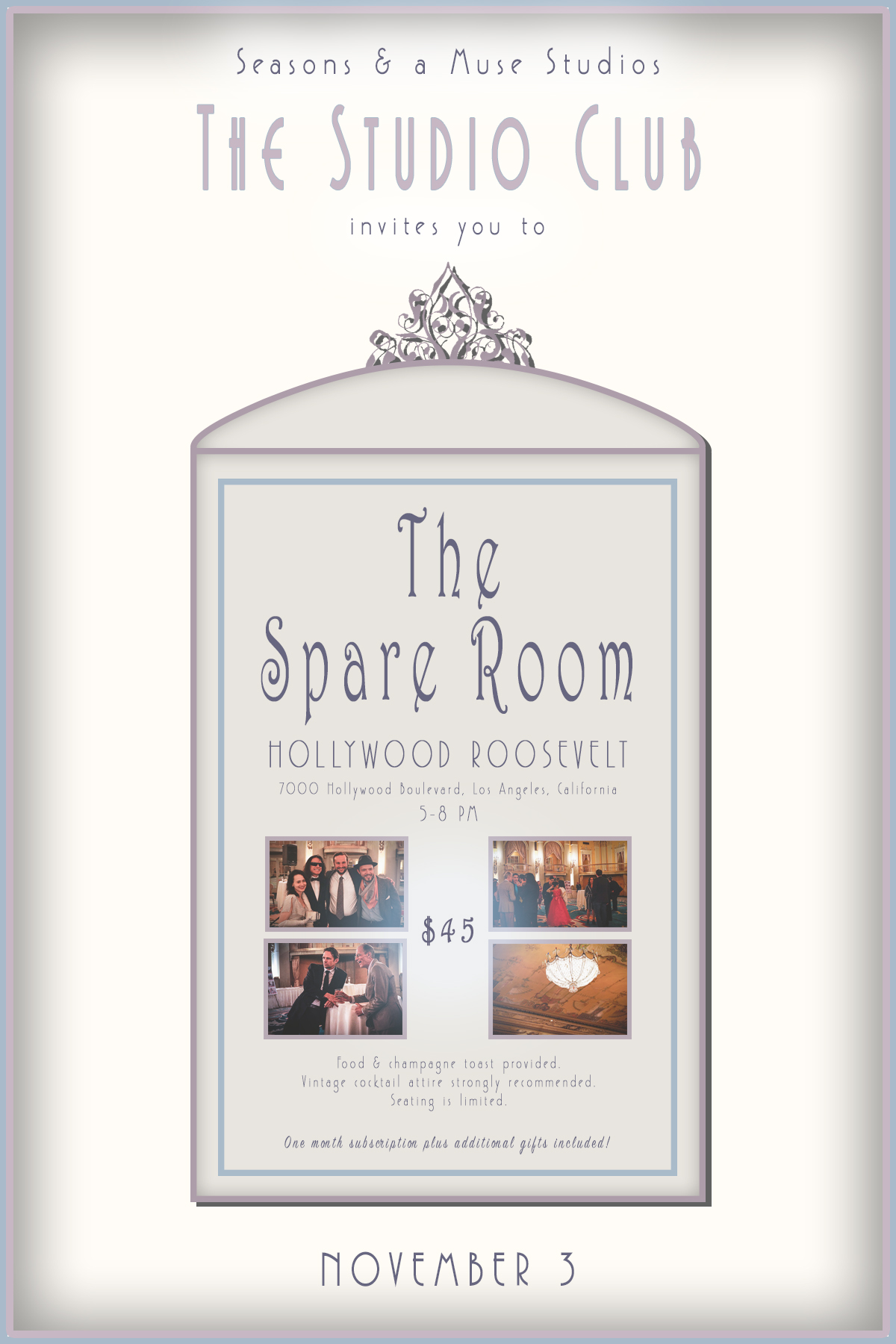 Spicuzza says that she recognized the need to continue the history and tradition of women as an essential part of cinema and moviemaking. SAAM Studios is the first in-person and virtual, fully woman-owned and -run studio in Hollywood, which first launched in 2021.

More on EntSun News
"We need to return to the days when executives cared and contributed to culture and thousands of artisans and craftspeople were gainfully employed. All are welcome!" says Spicuzza.

The Studio Club launch party takes place at the Hollywood Roosevelt on Thursday, November 3, from 5-8 pm PT. Food and champagne toasts will be provided. A very special screening of segments from the SAAM award-winning true crime thriller "Night Rain," based on the Black Dahlia murder and other actual events, and related historic Hollywood footage, is included. Featured guests included preeminent historian Mary Mallory of the Hollywood Heritage Museum, who will speak about the history of women in Hollywood, the studio system, the Hollywood Studio Club and more. A portion of the proceeds from ticket sales will be donated to the Hollywood Heritage Museum. Tickets are available at www.seasonsandamusestudios.com/.

The Studio Club membership-based streaming platform with chat launches the following day, Friday, November 4. The platform features an exclusive, on demand release of "Night Rain," plus "Dark Redemption," a behind-the-scenes, making-of featurette, and a Q&A of celebrated Black Dahlia panel experts like L.A. Times writer and editor Larry Harnisch, Mary Pacios, author and friend of Elizabeth Short, the woman known as the Black Dahlia, and filmmaker and  New York Times' bestselling author of The Disaster Artist, Greg Sestero. The Q&A was recorded live last year, on July 29, 2021, which would have been the 97th birthday of Black Dahlia victim, Short, to whom "Night Rain" is dedicated. Short was brutally murdered, and her body was discovered in Los Angeles on January 15, 1947.

More on EntSun News
A commentary version of "The Scarapist," "Making Angels: Screen Test" with Jeanne Marie Spicuzza, Michelle Kantor and Tommy Wiseau, along other SAAM material, will also be available. Other licensed content from filmmakers around the world is also included. Member filmmakers are afforded the opportunity to license their content are receive revenue shares. Projects in the works, also exclusive to SAAM and The Studio Club, include upcoming feature dramedy "Making Angels," "Breath of God," biopic of the legendary Hildegard of Bingen, and a very special vampire project, to be announced.

"The best that most independent filmmakers can hope for under current distribution models is to break even. Eighty-five percent of female filmmakers don't get to their second feature. I've listened to distributors cackle and brag about paying filmmakers 'pennies on the dollar,' as if carelessly imitating the villains of the Mack Sennett days," Spicuzza says. "Filmmakers deserve better."

Also in development at SAAM is a Souvenir Shop, fully stocked with SAAM-related gifts and new releases, a groundbreaking film festival, plus a Little Red Schoolhouse, much like MGM's facility that housed Linda Darnell, Elizabeth Taylor, Mickey Rooney and other stars of old. Classes will be offered to young actors, artists and entrepreneurs that aim to nurture talent, bluntly reveal industry secrets, assist in the application of proven methods of success and help launch careers.

"My parents were teachers," Spicuzza says, "so I understand the value of art, and a good lesson."

Publicity for "Night Rain" is handled by Deborah Gilels of LA Media Consultants.