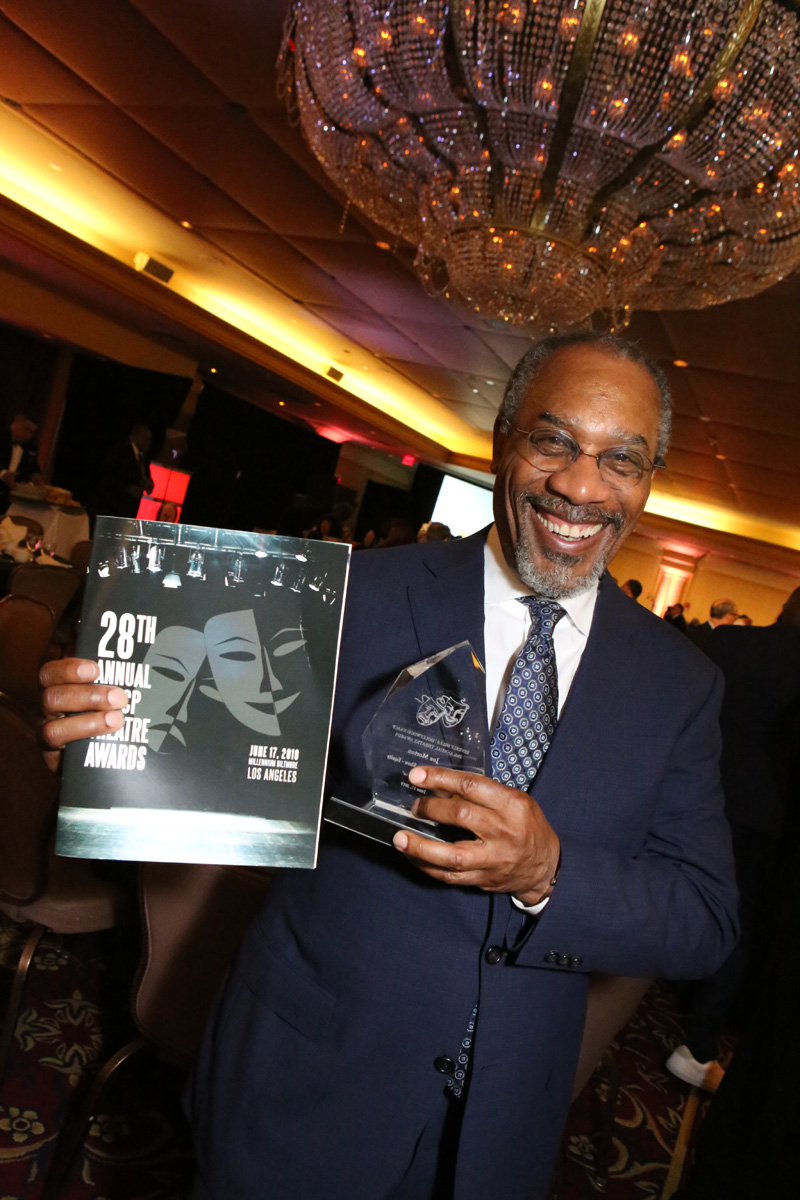 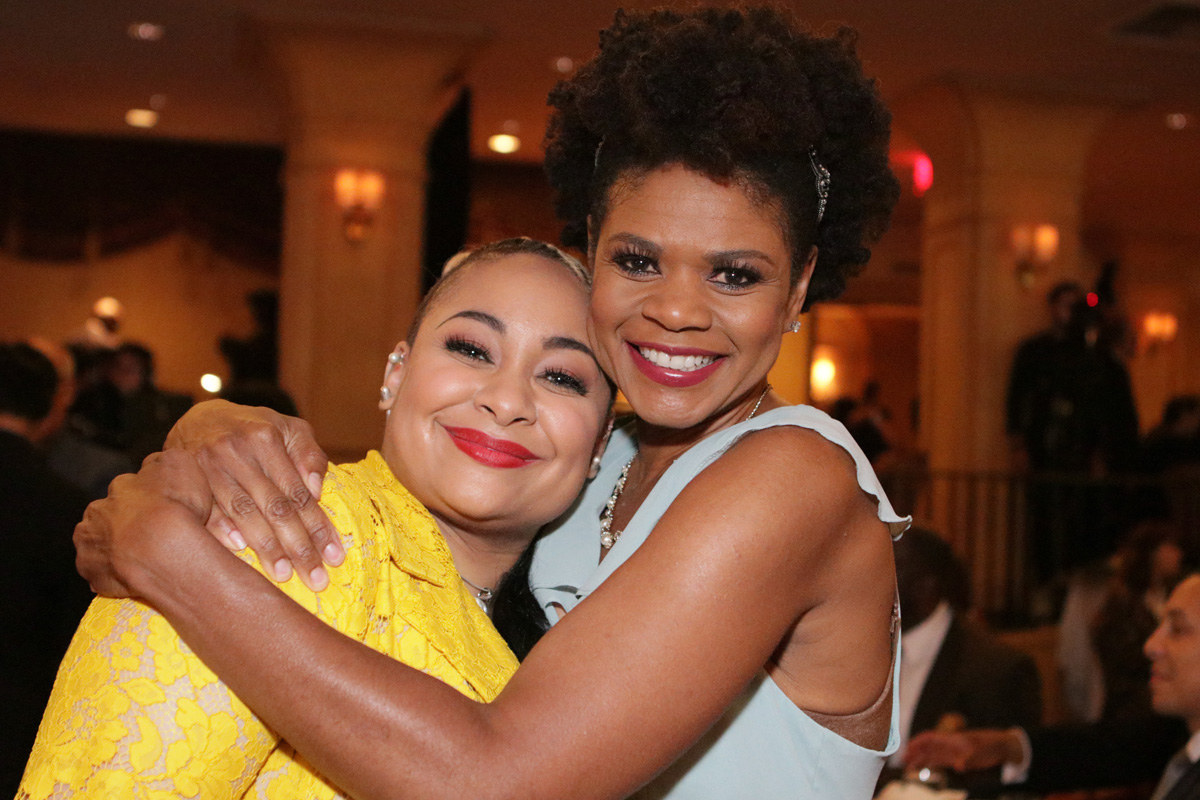 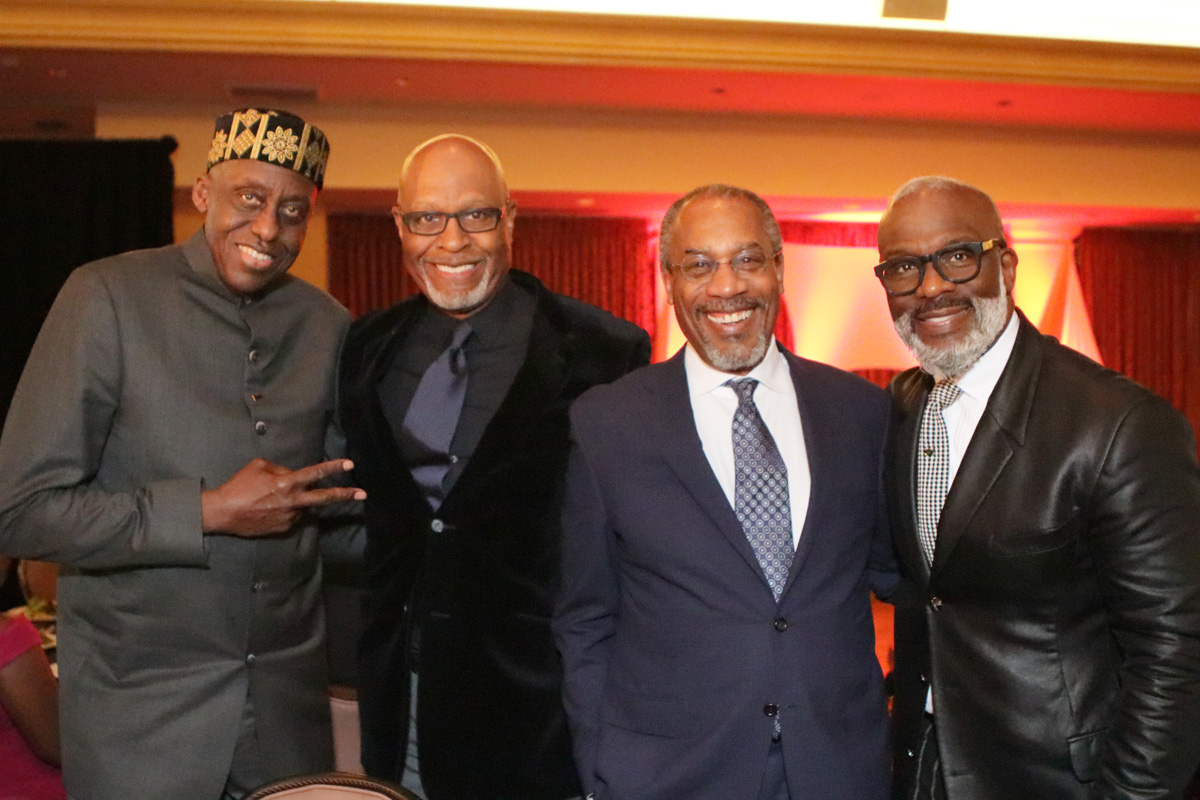 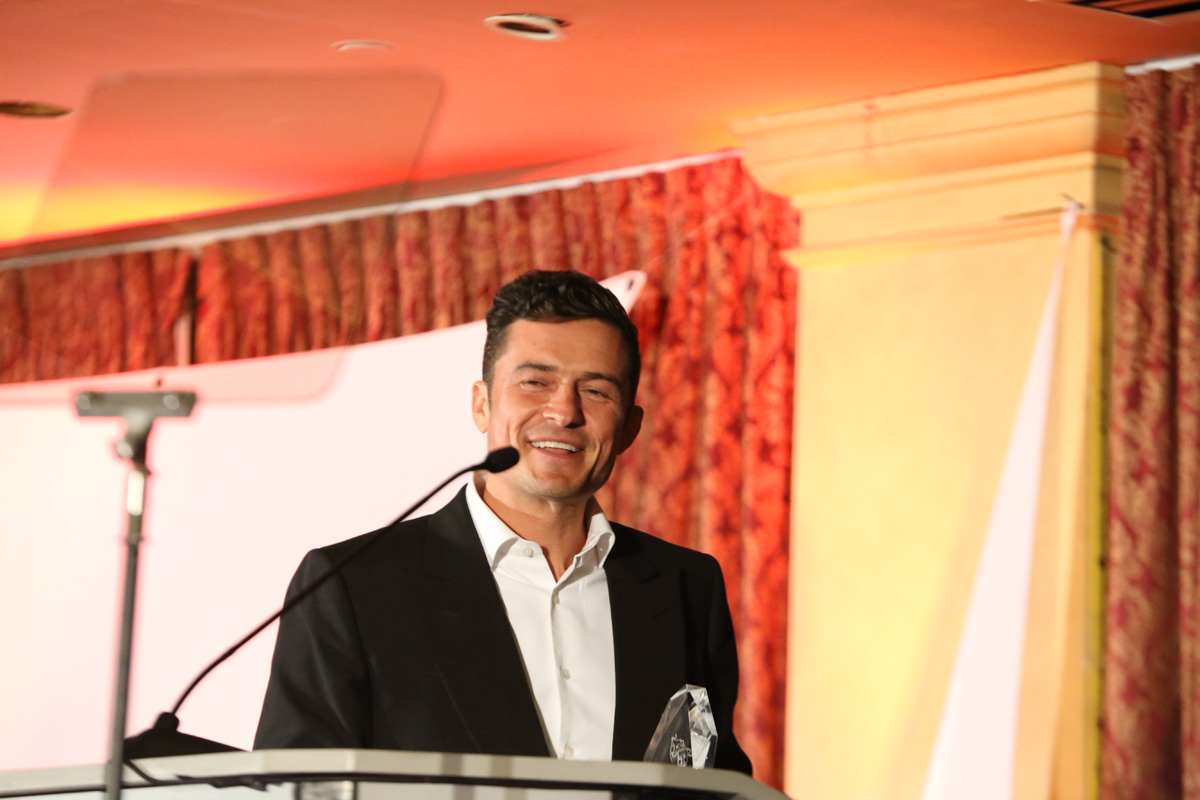 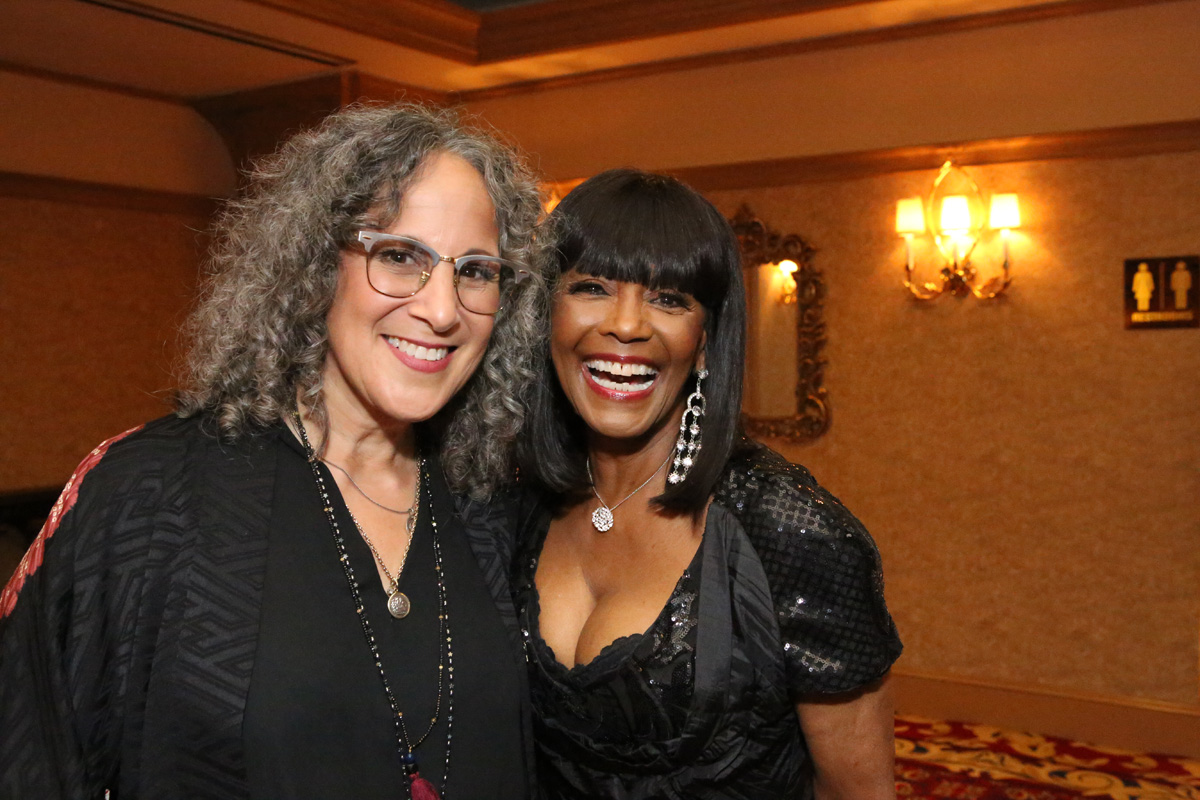 Biographical Musicals "Born for This" and "Summer: The Donna Summer Musical"
earn multiple honors.
BEVERLY HILLS, Calif. - EntSun -- The Beverly Hills/Hollywood NAACP branch once again affirmed and celebrated the immensely rich talent found on the stages of Black Theatre with an evening abounding with icons, legends and rising stars at the 28th Annual NAACP Theatre Awards held on Monday, June 17, 2019 at the stellar Millennium Biltmore Hotel in Los Angeles, California.

For the first time, the Theatre Awards combined the Technical and Performance Awards into one ceremony.  Kinnik Sky, producer and American Idol Alum, kicked off the Awards portion of the night by presenting the Technical Awards. Entertainment for this portion of the show was provided by none other than J. Boykin, millennial saxophonist and pure entertainer.  He played through the audience, often playing above the crowd atop empty chairs commanding the attention in the room.

The Amazing Grace Conservatory performed a spirited performance from "Westside Story" shortly after the Technical Award winners were announced. Founded by acclaimed actress Wendy Raquel Robinson, she created Amazing Grace Conservatory, an entertainment training institute, as a vehicle to reach out to youth and young adults interested in performing arts within the Los Angeles Area.

The host for the evening was none other than funny lady Loni Love.  While hosting comes naturally to the EMMY/NAACP Image Award winning TV talk show host, she seamlessly combined humor with her knowledge of theatre while walking the audience through an evening of excellence.

In addition to the performance and technical awards, there were four very special honorees.  The first of the evening was the Spirit Award which is presented to an actor with tenacity, innovation, commitment, talent and spirit on the stage.  This year's Spirit Award honoree is the beautiful stage and screen actress Condola Rashad, daughter of acclaimed actress Phylicia Rashad.  To the surprise of everyone, including the honoree, none other than epic fantasy and adventure movie star Orlando Bloom presented her with the award.   Mr. Bloom played "Romeo" to Ms. Rashad's "Juliet" in the critically acclaimed Broadway production of "Romeo and Juliet."  In Ms. Rashad's acceptance speech, she reminisced about two other honorees for the night – Ms. Lillias White and Ms. Viola Davis.  Calling them "barrier breakers" Ms. Rashad talked about meeting the two icons through her mother Phylicia Rashad who shared the theater stage with both actresses.  In describing her love for the art form, Ms. Rashad stated, "It is an artist's greatest dream to be able to constantly utilize their time-traveling, shape-shifting ability to offer the opportunity to the audience to go on an incredible journey."   Later that evening, Ms. Rashad accepted Best Lead Female award on behalf of her mother, who was unable to attend.

More on EntSun News
Ron Hasson, President of Beverly Hills/Hollywood NAACP branch, along with veteran Hollywood icon, Bill Duke presented this year's President Award to Los Angeles City Council President Herb Wesson Jr.  The President's Award was presented to Mr. Wesson for his dedication to keep the arts alive, his hard work in the community and commitment to ending homelessness in and around Los Angeles. Councilman Wesson joked about not being worthy of the award, but he promised he was not giving it back either.  He honored all the entertainers that night by thanking them and added "Because of you, we can go to a theater, sit in a chair, watch you, and travel around the world without leaving that theater… You make us laugh; you make us cry; but most importantly, you inspire us, and you make our lives a little easier."

Julius Tennon presented his lovely, uber-talented wife, Viola Davis with the Trailblazer Award.  He opened with all the titles Ms. Davis carries: "Mother, wife, partner, philanthropist, actress."  Calling her, "a voice for women everywhere," and "a kind and beautiful soul," Mr. Tennon then affectionately added "My Boo" to his loving introduction of his wife.  The audience ushered her to the stage with a well-deserved standing ovation.  In her acceptance, she offered that, "I don't see myself as a trailblazer, I see myself as authentic."   Ms. Davis reminded the audience that, "We have to support all voices…We are trying to put work out there that represents us…If you don't go to see that movie, you are sending a very clear message to Hollywood that we don't deserve diverse voices."  She closed with her favorite saying, "You can either leave something for people or leave something in people so what are you as artist leaving in people?"

The last honoree, Lifetime Achievement Award honoree Lillias White embodied the tone of gratitude for the evening as she serenaded the audience with a soulful rendition of "I Love the Lord" as she approached the podium to accept her award.  Former Lifetime Achievement Award honorees Loretta Devine along with Grey's Anatomy star James Pickens, Jr. presented Ms. White with the esteemed honor, touting her long list of achievements including acting alongside Ms. Devine in the original Broadway production of DREAMGIRLS.   Along with all her acknowledgements in her acceptance speech, Ms. White thanked her vocal coach of over 30 years who was in the audience to witness the awards.  The humbled actress ended her speech with a sincere thank you to the "African American audience for this glorious and confirming honor."  And just as she entered the stage, Ms. White treated the audience to another sampling of her rich voice as she sang herself off the stage.

The vibrant Raven-Symone' recapped the night's special honorees and their accomplishments by sharing their incredible gifts with the world with a powerful speech.

Executive Producer Tia Boyd along with NAACP Theater Committee members Martha Pruden-Hamiter and Lynn Patterson provided acknowledgements and thanks to the production team, theatregoers, performers, producer of the event and Supervisor Mark Ridley-Thomas for his fight against housing discrimination and homelessness throughout Los Angeles county. The committee then presented the tireless Boyd with a beautiful bouquet of flowers in gratitude for her efforts in putting the show together.

To cap off the night, Branch President Ron Hasson returned to the stage to thank the host, the Executive Producer and Theatre Viewing committee who viewed over 75 productions throughout the year.

More on EntSun News
About the NAACP Theatre Awards

The NAACP Theatre Awards is presented by the Beverly Hills/Hollywood NAACP Branch in partnership with the City of Los Angeles. The mission of the Theatre Awards is to entertain, educate, inspire the community and create diversity in the arts and entertainment industry. Ron Hasson is Branch President and Tia Boyd is the Executive Producer for the NAACP Theatre Awards Show. The prestigious star-studded gala is produced for the purpose of honoring thespians among the best in the field of entertainment.  The branch also celebrates a four-day theatre festival, which provides a platform for thespians to express their craft and share their contributions with an audience of their peers, the community and other individuals who celebrate live theatre in Los Angeles.  www.naacptheatreawards.com