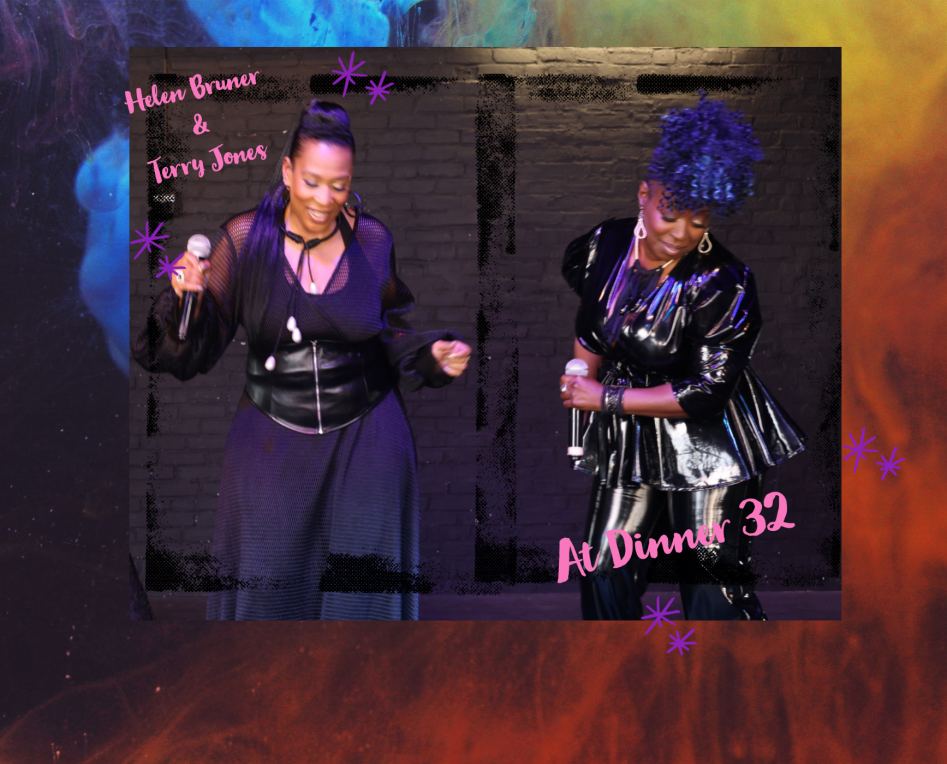 Helen Bruner & Terry Jones invite you to hear and see the story of "At Dinner 32" written, produced and performed by the duo!
PHILADELPHIA - EntSun -- Grammy® Nominated duo Helen Bruner & Terry Jones on their new single "At Dinner 32"  show there vocal styles once again which you can listen to here .  The duo go back to their early roots in club music. "At Dinner 32" is produced, written, performed and engineered by the ladies which is rarely done by an all female team in the mostly male dominated music industry. The ladies are diversity, equity and inclusion.  "At Dinner 32" is released on Philerzy Entertainment, LLC.  Bruner & Jones is currently in the studio putting the finishing touches on the yet to be titled album to be released early spring of 2023. The duo also has released a lyric music video for "At Dinner 32" that tells the story of a person who feels under valued in the relationship and calls it closure. Watch the visual for "At Dinner 32 https://www.youtube.com/watch?v=-jam8rV5rdI

More on EntSun News
On "At Dinner 32" Bruner & Jones combine their vocal textures Bruner a alto, tenor and Jones a soprano, trade verses and place harmonies that punctuate the story, with instrumentation full of piano hits, synthesize sounds and slapping drums that keep you as engaged as the story while making you dance.  Bruner & Jones individually and collectively have worked on many recording projects.  Jones has worked on recordings for Grammy® winners Celine Dion, Gloria Estefan, and is the featured vocalist on the Redman and Method Man's classic platinum seller "How High".  Many of their songs have been featured on Film/TV soundtracks, most notable the blockbuster film The Score starring Robert DeNiro.  Bruner & Jones can now add TV Director to their many credits.  October of 2021 Bruner & Jones directed the iconic group member of Labelle  the late Sarah Dash music segment for the NJ Hall of Fame PBS Special.  Bruner & Jones will tour in the States and Europe for their upcoming album. For more info visit here