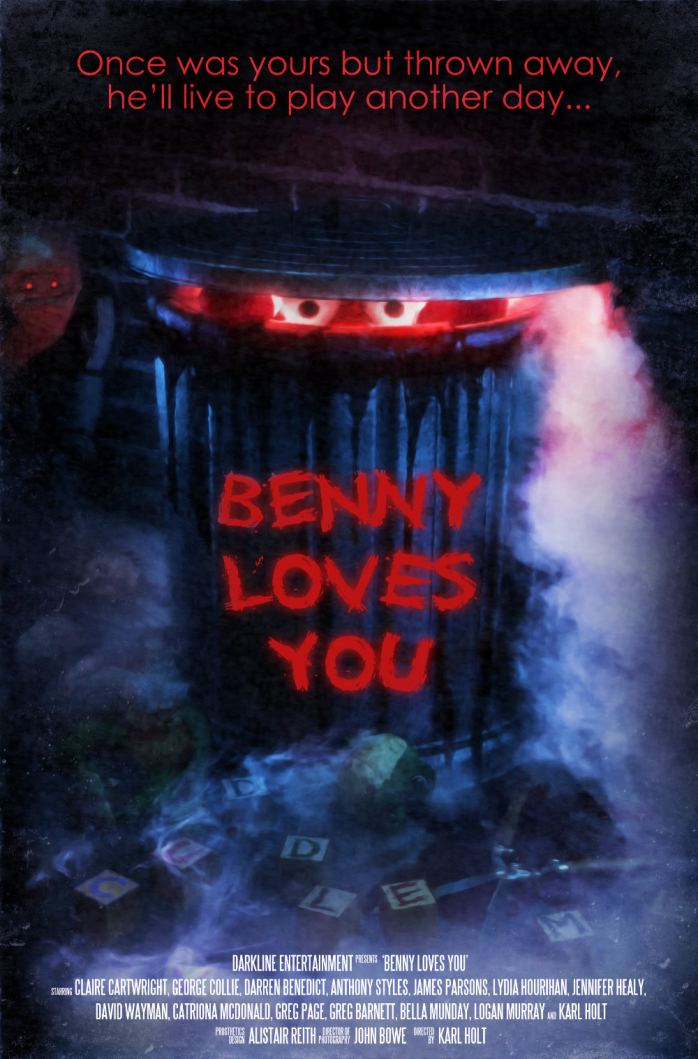 Written and directed by Karl Holt, Benny Loves You tells the story of a lonely man who discards his favourite childhood toy, only for it come to life with murderous intent.

Synopsis:
Jack is desperately trying for a new start in life, but when he throws away his childhood toy Benny, it's a move that can only end in death.

More on EntSun News
Benny Loves You will screen on the 22nd, 23rd, 24th November at Buenos Aires Rojo Sangre, and as the closing film on the 8th December at the New York City Horror Film Festival. For more information and links to tickets visit :