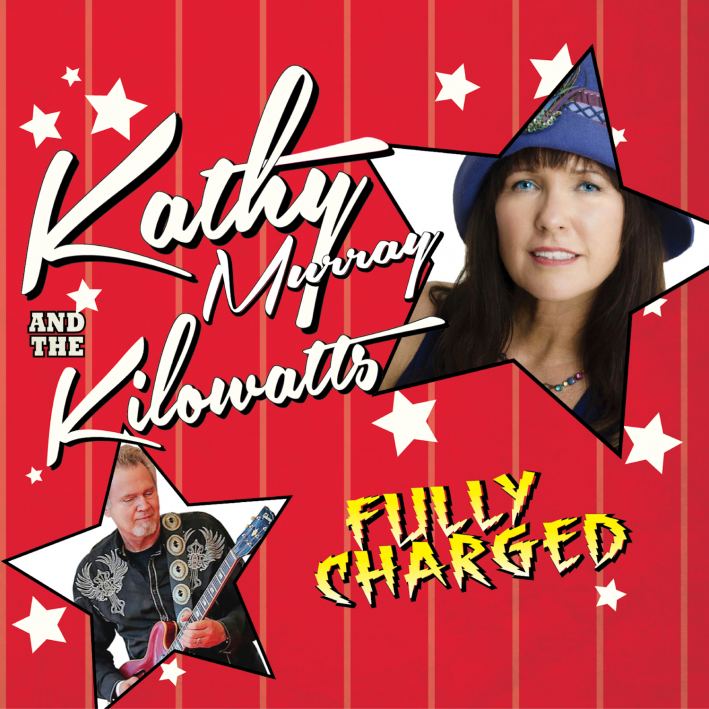 Austin, Texas band slated to release their fifth album in February 2022
MEMPHIS, Tenn. - EntSun -- Blue Heart Records is pleased to announce the signing of Austin, Texas blues and roots band Kathy Murray & The Kilowatts, with a February 18, 2022 release date slated for their new album, Fully Charged.  Produced by Kathy Murray, Bill Jones and Jeff Botta, the album contains eleven electrifying originals and three vintage covers.  From first cutting her teeth during the golden era of Austin's blues and R&B scene in the 80's and early 90s until today, Kathy Murray and her band maintain a powerful presence in the "Live Music Capital of the World" and beyond.

More on EntSun News
Recently, along with co-songwriters Christoffer 'Kid" Andersen, Rick Estrin and Frank Bey, Murray wrote the title cut on Frank Bey's album, All My Dues Are Paid, posthumously nominated for "Best Traditional Blues Album" in the 63rd Grammy Awards (2021), and for "Song of the Year" in the 2021 Blues Music Awards.  Murray was awarded two Silver Medals from the 2018 Global Music Awards, and received the 2003 "Songwriter of the Year" award from the Australian Blues Music Awards.

"Kathy is a prolific contemporary songwriter with a gift for sharing poignant messages reflecting a wide range of topics with ease.  Combined with a lifetime immersion in the myriad musical styles of Texas: blues, country, swamp pop, zydeco, soul, and rockabilly, she and her band project a deep reverence for the region's music history, embodied in the soul of every song and performance," says Blue Heart Records partner, Sallie A. Bengtson.

More on EntSun News
Murray says, "The fully charged grooves on this record are bold and created to move your body and spirit. The stories are all inspired by my life, personally and professionally.  It has been my true fortune to learn my craft live and in person at the feet of the masters, and it's my desire to ignite the listener's heart with my deep love and passion for the Texas blues."