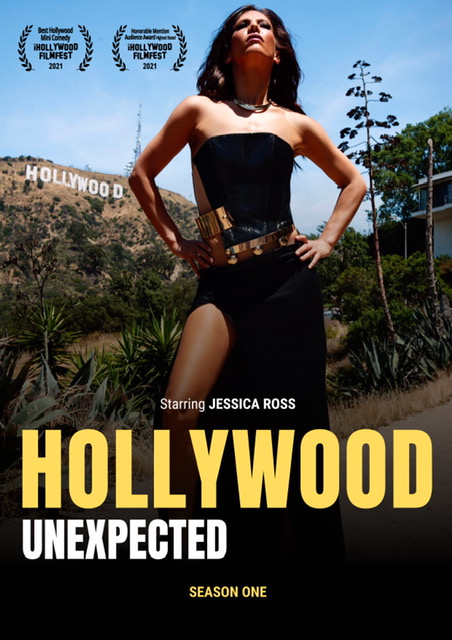 LOS ANGELES - EntSun -- An award-winning episode of Hollywood Unexpected premieres on January 24th on the Jul-TV Network. This special episode will give its first look at what viewers can anticipate for season one. Hollywood Unexpected is a new reality series that follows the journey of actress Jessica Ross into her dramatic and often crazy life which centers around Hollywood and what happens behind the scenes.

Jessica has been intertwined with the entertainment industry for over 10 years starring in reality tv shows and appearing in successful indie films, shares insight on what to look ahead to.

With music by producer Dito Godwin and Jon Udell, the show was filmed throughout Los Angeles and Virginia.

"I went to Virginia right in the middle of the pandemic, witnessing and participating in the lifestyle there, something that is the opposite of what I am used to. This was one of the most memorable experiences I ever had. I can't wait to present Hollywood Unexpected to everyone on the Jul-TV Network"

Decorated with the award for best comedy at the iHollywood Film Festival, it was also an honorable mention for the highest-rated audience award.

The vision of "Hollywood Unexpected" is to inspire people to find their own meaning and purpose as well as love who they are and where they are at this moment.

Tune in to Hollywood Unexpected January 24th on the Jul-TV Network at www.jultvnetwork.com, Apple TV, Roku, YouTube, and other streaming platforms.

Find out more about Hollywood Unexpected at www.instagram.com/jessicarossofficial