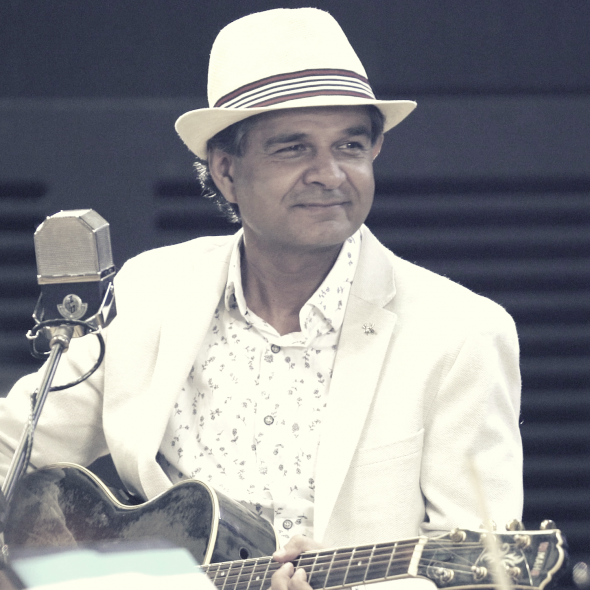 His new single 'One line down' is airing across Australia on community and commercial radio stations.

Stations supporting this new genre are:

Australia's rich and deep music history from Indigenous folklores, rhythms, and chants to the modern storytellers like Paul Kelly has been inspiring souls across the globe for many generations.

More on EntSun News
In 2009 Mahmood Khan's single Like the River went to number one on the Aria pop charts. Like the River was recorded live at the Sydney Opera House and has undoubtedly influenced a change in the Australian music industry. Once considered a hard industry to crack it became a hotbed for fostering diverse international singer-songwriters.

But is the industry set up for migrant artists? There isn't really a single artist with a (Subcontinental) South Asian or Asian continent background who commands a respectful audience in Australia. There are no labels, promoters or managers to support and develop the special needs of such artists.
Under these extreme conditions, defying all odds there are artists bubbling along who keep releasing music and adding to the ever-evolving Australian sound.

"Vastness inspires thoughts and for a songwriter, it purely means creative juice".

'Here in Australia, there is plenty of that. And it is serene and as I get to explore more, I can see my expansion as a writer. My expression has diversified. And as this brings me more peace within I write more effortlessly. It is a cycle, continuous evolution', said Mahmood Khan.

More on EntSun News
'Yes, it is tough for a migrant Artists to create a new audience but it is difficult no matter where you are. Important thing is to stay focused and keep creating your work. I have received tremendous support from Australian Community radio networks and some Industry folks have been very kind as well. Through the 'Jagamarra' song project, I was able to make some amazing friends in the Aboriginal world. I would not have experienced this incredible culture if I had not come to Australia. I think it is my greatest find and what to place to develop your craft', he added.

Mahmood's new single 'One Line Down', which features some of the Latin Music Industry's greatest musicians, is out now exclusively on mahmoodkhan.net