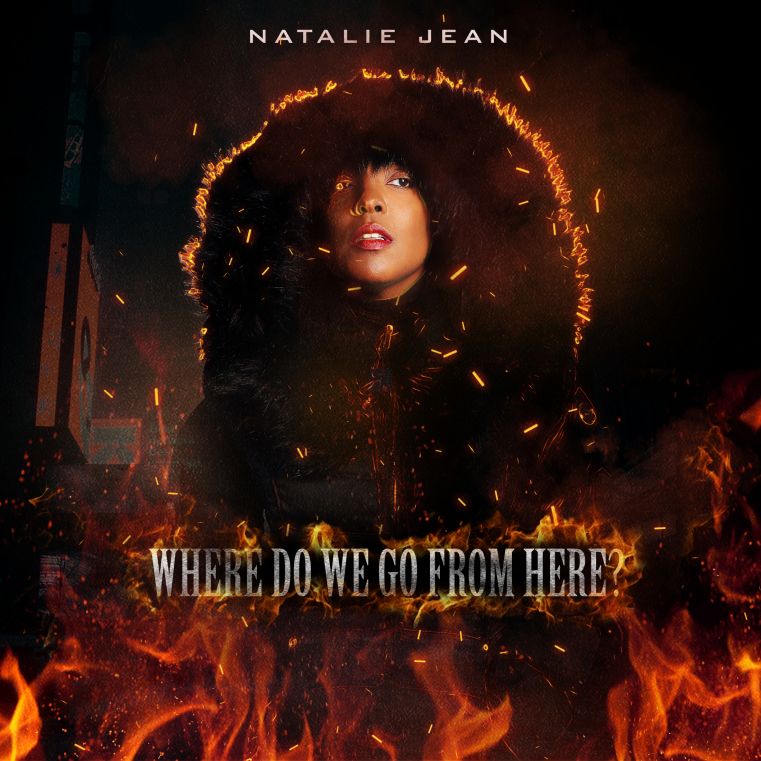 Natalie Jean is a very rare kind of vocalist. Winning recognition across the most diverse of musical genres and quite comfortable performing in English, French and Haitian Creole.
KENSINGTON, Md. - EntSun -- Natalie Jean is excited to announce the much-anticipated release of her Message album, titled, "Where Do We Go from Here?

"Where Do We Go From Here?" is a 15 song album which addresses the worlds issues. Natalie Jean is not trying to change your mind. She wants her listener to place themselves in someone else's shoes, while getting the sense of urgency, loss, and pain. She wants to help heal a world, that has seemingly has lost its way.

Natalie would like to thank The Arts & Humanities Council of Montgomery for giving her the grant. Without it, this album would not have been possible.

While most of the songs were written by Natalie Jean, she has four co-writes on the album, "This House" and "The Letting Go" with Lyrcist Michael Peloso, "We Kneel" with Rapper Darick Spears, and "Love Your Own Power" with Lyricist Mike Greenly.

More on EntSun News
Three of the songs from the album have already garnered some awards. "What Would You Do for Love?" won silver medals for Social Impact and Female Vocalist and "You Don't Know Me" won a Gold medal in the Global Music Awards. "Love Your Own Power" won for Message Song in the Clouzine International Music Awards, and was nominated in the Hollywood Music and Media Awards (HMMA) for Social Impact/Message song. The Letting Go has won many awards. She recently won Versatile Artist of The Year in the 2019 Josie Music Awards.

"What Would You Do for Love?" - The lyrics are meaningful, poignant, and urgent, the song displays a powerful sense of social awareness as Natalie Jean understands that emotion, without subsequent action, is as tenuous as vapor. -Jamsphere Magazine

"You Don't Know Me" – The sultry songstress has a way of taking you on a journey, of passion with her heartfelt lyrics reflecting her bold ability to tackle emotional topics.- Jamsphere Magazine

"The Letting Go" – This track is great addition to both the Country and Pop music world. It has a dexterity and willingness to take shape at each turn, whirling you in a spell of great sound. Aurally it is stellar, holding validity with each vocal delivery. "The Letting Go" is a beautiful song about love and life – Jamsphere Magazine

More on EntSun News
Natalie Jean is an award winning singer/songwriter performer. She is a Voting Member with the Recording Academy. She has been nominated over 100 times for her music and has won numerous awards. She writes and performs for many genres, which would include Jazz, R&B, Blues, Dance, Pop, Country, Rap, Heavy Metal, Americana, and Contemporary.

Please go to her website for more info.
www.natalie-jean.com