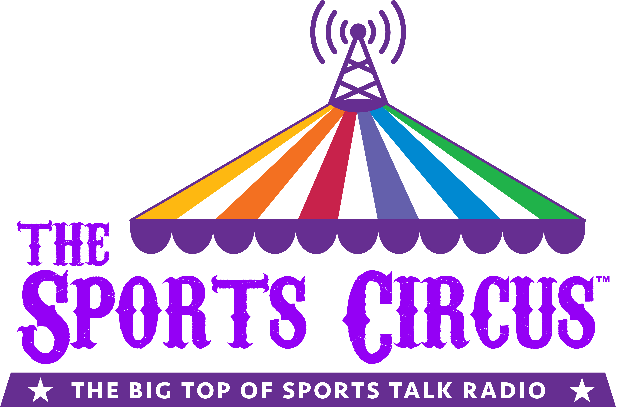 The prime time, nationally-syndicated television and radio show, The Sports Circus, adds 102.9 FM and 1120 AM WBNW, covering greater New England. With a footprint from Honolulu to Boston, The Sports Circus is making a big splash and continues to disrupt sports programming as most people know it.
BOSTON - EntSun -- The Sports Circus, an entertaining Las Vegas-based, nationally-syndicated sports television and radio talk show, reached an agreement with WBNW 102.9 FM and 1120 AM, Money Matters Radio, to extend its national coverage into greater Boston and Providence, Rhode Island. The addition of WBNW is an excellent fit for The Sports Circus as it is a popular business news station covering the greater Boston market with a population of over 5,000,000 potential listeners. The Sports Circus will air twice daily in the highly coveted broadcasting slots of Noon to 1:00 PM and 8:00 PM to 9:00 PM Eastern Time, Monday through Friday, starting November 4, 2019.

The Sports Circus features special guest interviews including: world champions, hall of famers, all-stars, billionaire business leaders, television and film stars, and Grammy Award winners. Among these icons have been: Leigh Steinberg, the Godfather of all Sports Agents, 4-time Super Bowl champion and coaching legend Tom Flores, NFL Defensive Tackle and iconic sports talk show host, Mike Golic, NBA Hall of Fame legend, Rick Barry, 7-time Emmy Award winner and media icon, Roy Firestone, plus many more.  For a complete list of previous and upcoming guests you may visit The Sports Circus. Also, The show airs live, has a loose format and can be unpredictable at times because they open the phone lines for listener participation.

More on EntSun News
The Sports Circus is hosted by the Ringmaster, Sal Tuzzolino.  As a former baseball player and sports and entertainment executive, Sal is quick and witty and can keep you entertained for hours with comedy and drill-down, thought provoking content.  He has been described as the sports lovers' best friend.

Sal Tuzzolino stated: "Airing twice a day in New England is big for the Circus. Listeners can expect a New England-centric show weekdays at Noon and a national scope at 8:00 PM. Having the Circus on WBNW is a great fit for us because we often talk about the business side of sports and entertainment. Our listeners love the in-depth investment and business insight from our guests."

Sal Tuzzolino continued with, "Also, we'll cover anything competitive, whether its sports, business, or whatever you want to talk about. We often cover subjects that other shows are too scared to cover. People seem to really want straight talk with no sugar coating. We give it to 'em."

Jason Wolfe, General Manager of WBNW, Money Matters Radio, stated: "I listen to a lot of sports radio and Sal is a solid host. His show has a unique mix of sports, business and entertainment content which makes it an excellent fit for WBNW."

The Sports Circus also airs live on AAMP TV and Hotel Television. The show broadcasts from the Entertainment Capitol of the World, Las Vegas, NV. The Sports Circus has a massive audience from Hotel Television, airing in four and five-star hotels in 20 major U.S. cities, produces an advertising and marketing dream scenario of over 694,000 impressions per hour. Further, their over the air television and worldwide coverage on www.aamp.tv stretches The Sports Circus to all markets across the globe.

More on EntSun News
Moreover, https://www.thesportscircus.com website traffic receives well over 4,500,000 monthly website visitors. Their click-through traffic number are impressive. That traffic coupled with their 694,000+ impressions per hour offers companies a tremendous opportunity to reach their audience through sponsorship or a partnership with The Sports Circus.

Click on the link and "follow" AAMP TV (http://www.aamp.tv/) for free. A unique aspect to AAMP TV (http://www.aamp.tv/) programming is that subscribers can get special content including un-aired hot takes, bloopers, and special episodes not available to the general audience. Subscriptions are free for Amazon Prime members! Keep in mind that all shows air live but are available by Podcast (http://podcasts.kcaastreaming.com/circus/) in case you miss your favorite show.

The Sports Circus has a large audience base that tunes into the show on iHeartRADIO, Spotify, CBS Sports,  NBC News, NBC Sports and Westwood One News radio station affiliates plus Hotel Television and worldwide on AAMP TV (http://www.aamp.tv/). The Sports Circus has captured a significant viewer and listener base that rivals any sports talk show on-air.