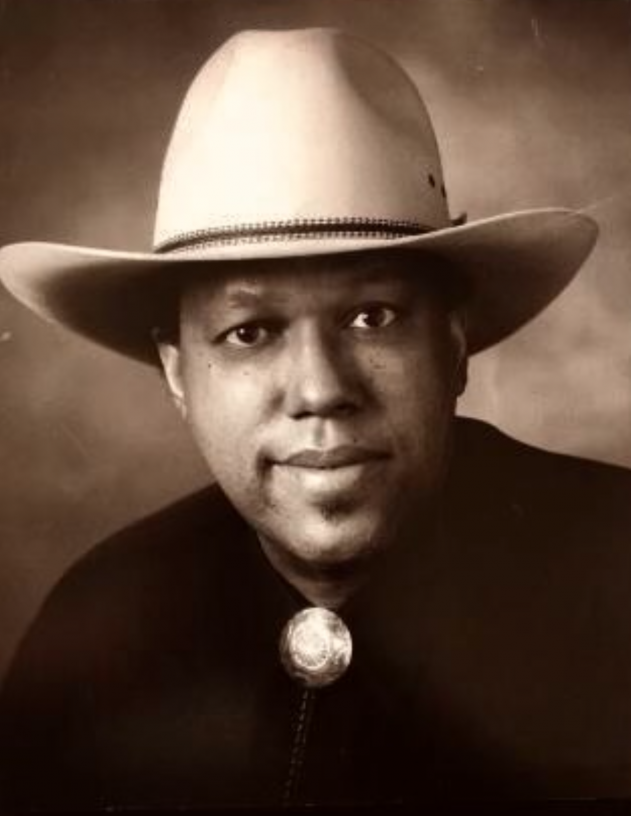 Burton, who received a B.A. and a M.A. in African American Studies from Governors State University, worked as an educator for thirty-eight years as a history professor at Prairie State College and South Suburban College and as an administrator in African American Student Affairs at Benedictine University, Loyola University Chicago and Columbia College Chicago. In his new capacity with the NMWHM, he will oversee the gathering of historical data from various sources, including archives, books, and artifacts, analyze and interpret historical information to determine its authenticity and significance and trace historical developments as they relate to people of color and the critical role they played in the development of the Old West in US history. "I am honored and excited to join the National Multicultural Western Heritage Museum in this official capacity, as I have had the pleasure of working with the organization for the past fourteen years as a historic consultant on the Wild West and the inclusion of people of color in regard to the scholarship of western history," says Burton.

More on EntSun News
The museum, which was founded by Jim and Gloria Austin in 2001, offers visitors a true and complete historical perspective of the people and activities that built the unique culture of the American West. The work of artists who documented the people and events of the time through journals, photographs and other historical memorabilia are part of the featured collections. "The preservation of the role of the people of color and their contributions to the Old West is important because it has been overlooked and marginalized by the dominant social/commercial media and academia," explains Burton. "It is important that all the contributions of every ethnic group is known and taught. We can appreciate and respect people once we know their history and contributions to society. Every group has a story to tell and that includes what happened in the Old West, which was made up of people from different ethnicities, religions, and cultures!"

Burton is an iconic figure and legend in the field of the history of the American West having been named a "Territorial Marshal" by Gov. David Walters of Oklahoma in 1995. He was inducted into "Who's Who in Black Chicago" in 2007 and inducted into the Hall of Fame at the National Multicultural Western Heritage Museum in Fort Worth, Texas in 2008. In 2010, Burton was inducted into "Who's Who in America" and was given the "Living Legend Award" by the Bare Bones Film Festival in Muskogee, Oklahoma in 2015. Museum Co-Founder Gloria Austin says the addition of Burton to the NMWHM is a bold move that will ensure the continued success and growth of the museum, "We, the National Multicultural Western Heritage Museum Board of Directors, are most fortunate to have such an outstanding and noted author and historian such as Art T. Burton accept the appointment as the Museum Archivist and Historian," says Gloria Austin. "Over the past fourteen years, Art has continuously supported the Museum's efforts to present accurate historical facts to assist our educational efforts through programs for youth and adults.  We are so very honored that a member of the Museum's Hall of Fame is stepping up in such a large and significant way that will enrich the Museum's growth and development for years to come."

More on EntSun News
The National Multicultural Western Heritage Museum is located in the Historic Fort Worth Stockyards & Exchange District at 2029 North Main Street, Fort Worth, TX, 76164. Hours of operation are Wednesday – Friday from 11 AM to 4 PM. Adult admission is $10. Students with ID, Senior Citizens and Military tickets are $8. Children 5 and under are free with a paid adult admission. For more information on the National Multicultural Western Heritage Museum, visit www.nmwhm.org or call 817-534-8801.