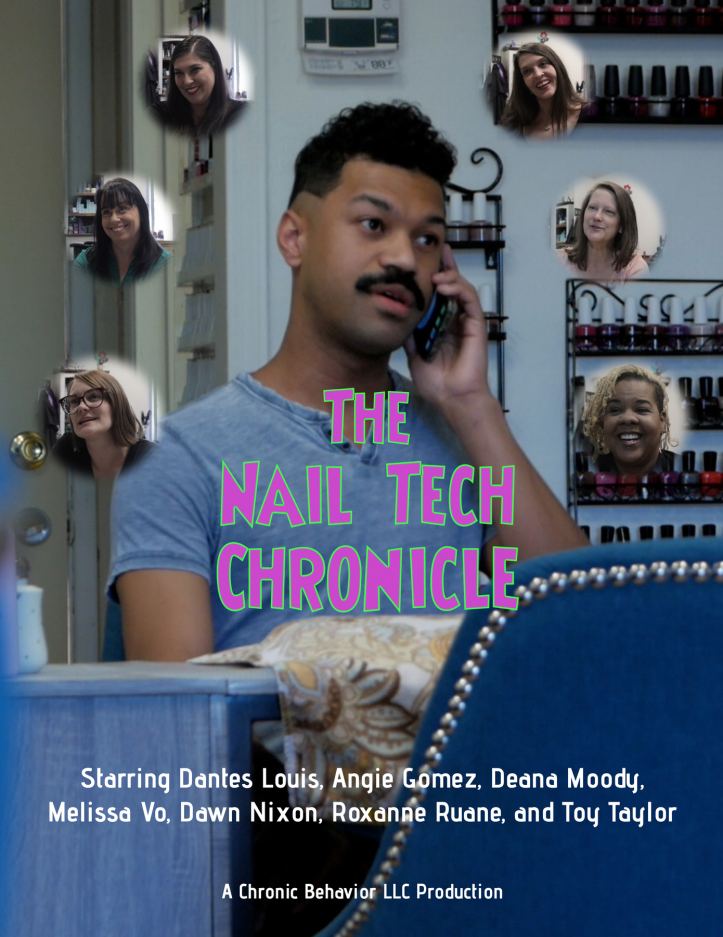 If you ever wondered what a day in the life of a nail tech was like, wonder no more. From morning to night, you never know what type of customer will walk through your doors. Get ready to watch, learn, and laugh.
PHOENIX - EntSun -- Chronic Behavior LLC announces their latest film production, "The Nail Tech Chronicle."  The film is scheduled to be released as a YouTube Premiere on the Chronic Behavior Productions Channel.

The comedy is based on a day in the life of a nail tech salon owner who has just opened his shop and is still in the process of settling in. With each customer that walks in the door, the stories just keep getting more and more interesting.  But that's all in a day's work for the nail tech, to listen and serve the customer, right?

The premiere will be available for viewing on Chronic Behavior Productions YouTube Channel on Friday, October 2, 2020 at 8:00 p.m. and full film details are available on www.chronicbehavior.com and IMDB. Watch parties are encouraged for this night of laughs.

More on EntSun News
"We couldn't have imagined how perfect the story would turn out, but as we filmed we knew we had something special," says Eva Louis, Director for the film. "We wanted to approach the film differently and we're excited to share the results with the world. Each of the actors brought something unique and entertaining to the film."

The cast of characters includes Angie Gomez as the Mafia Boss, Deana Moody as the Extreme One, Melissa Vo as the Twin Sisters, Dawn Nixon as the Indecisive One, Roxanne Ruane as the Spiritual One, Dantès Louis as the Nail Tech, and Toy Taylor as "Simona".  The Chronic Behavior LLC production team thanks and credits "The Creative Toy Box", a beauty salon owned and operated by Toy Taylor, for their collaboration and a great location where the filming took place back at the beginning of March 2020 before the stay-at-home executive order in Arizona.