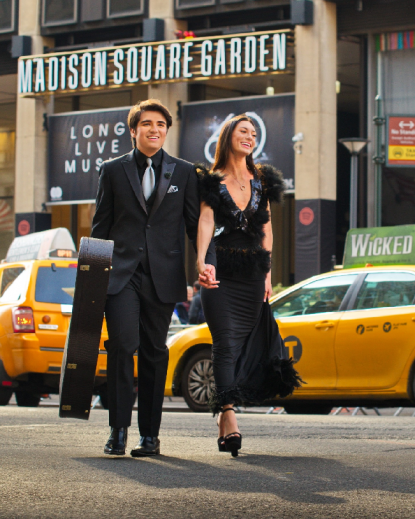 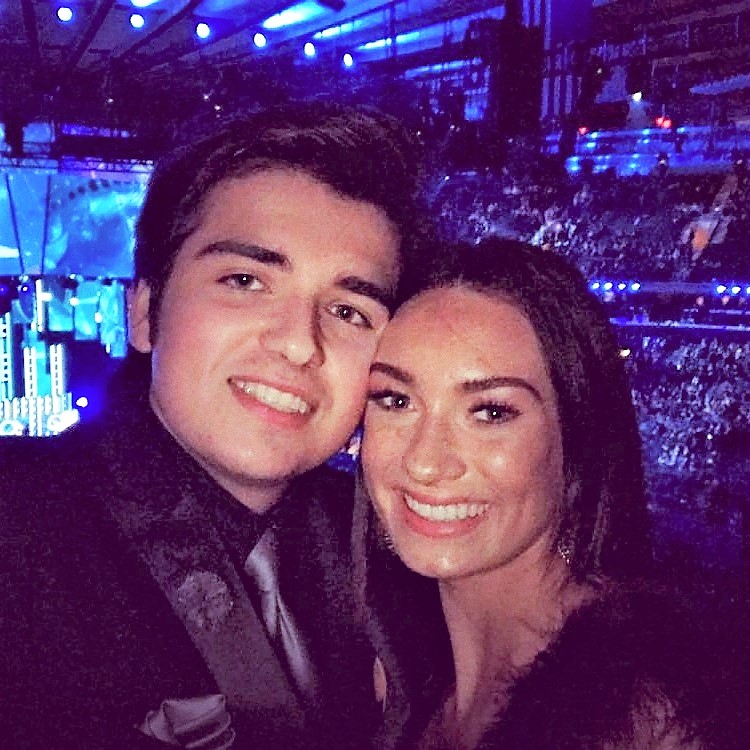 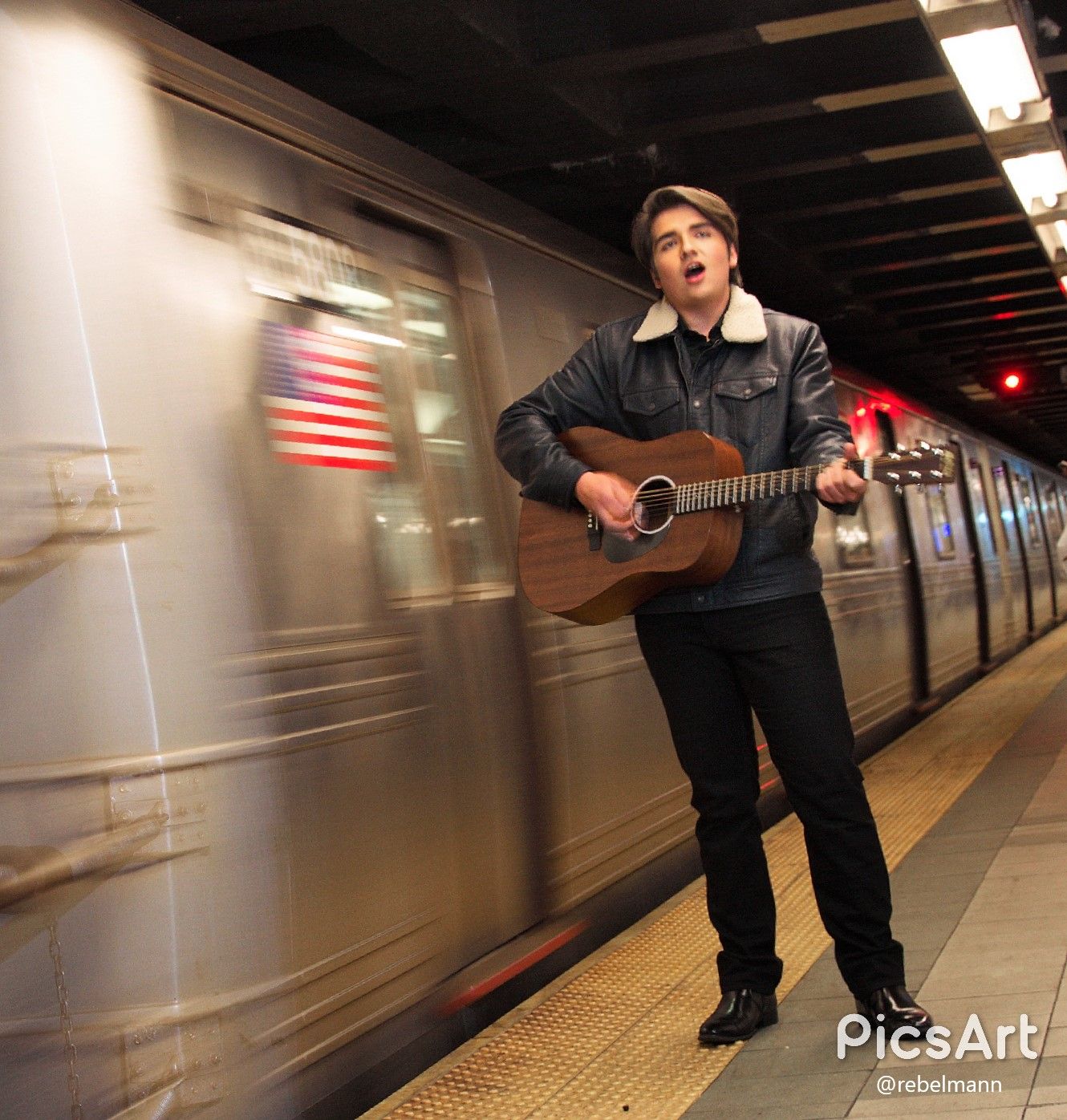 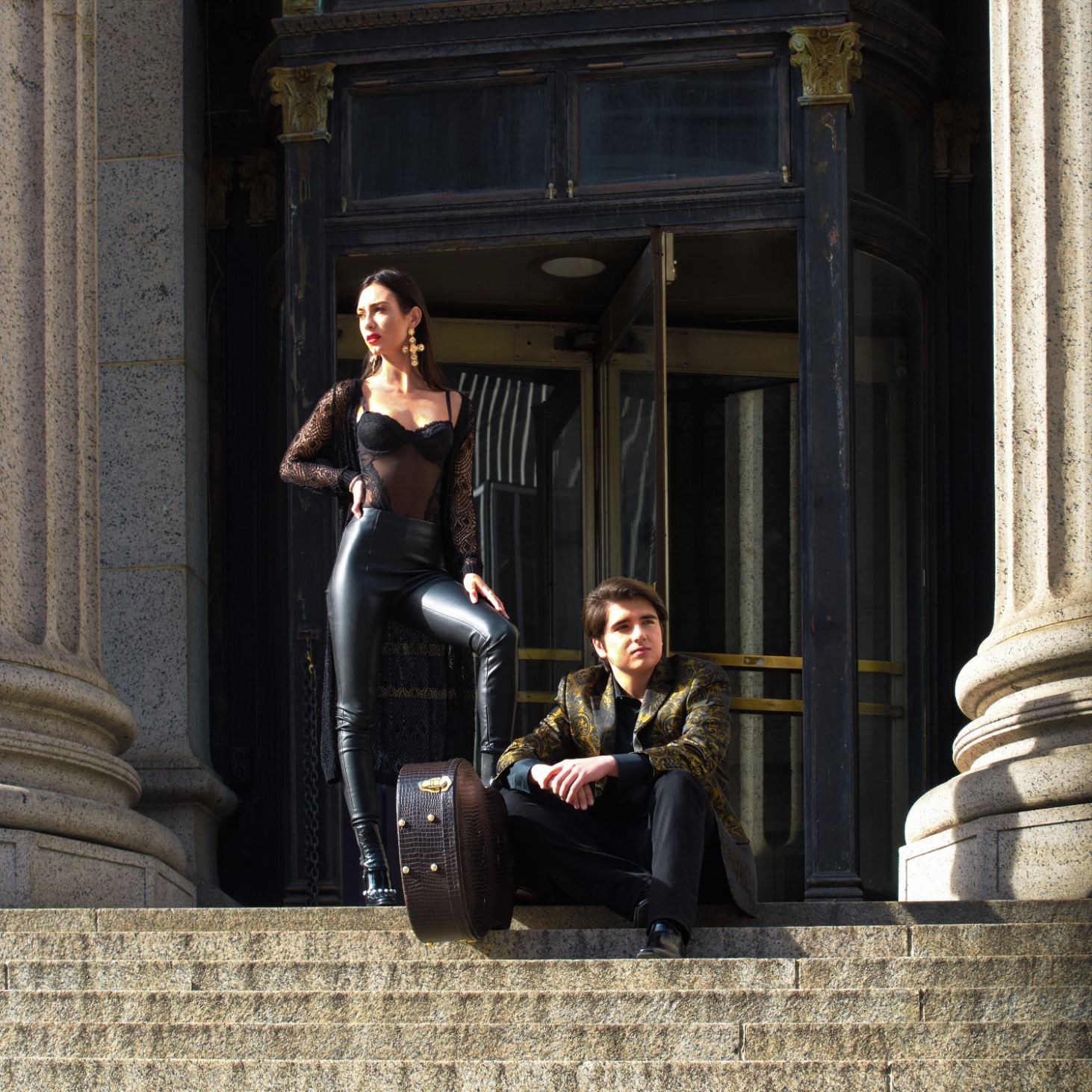 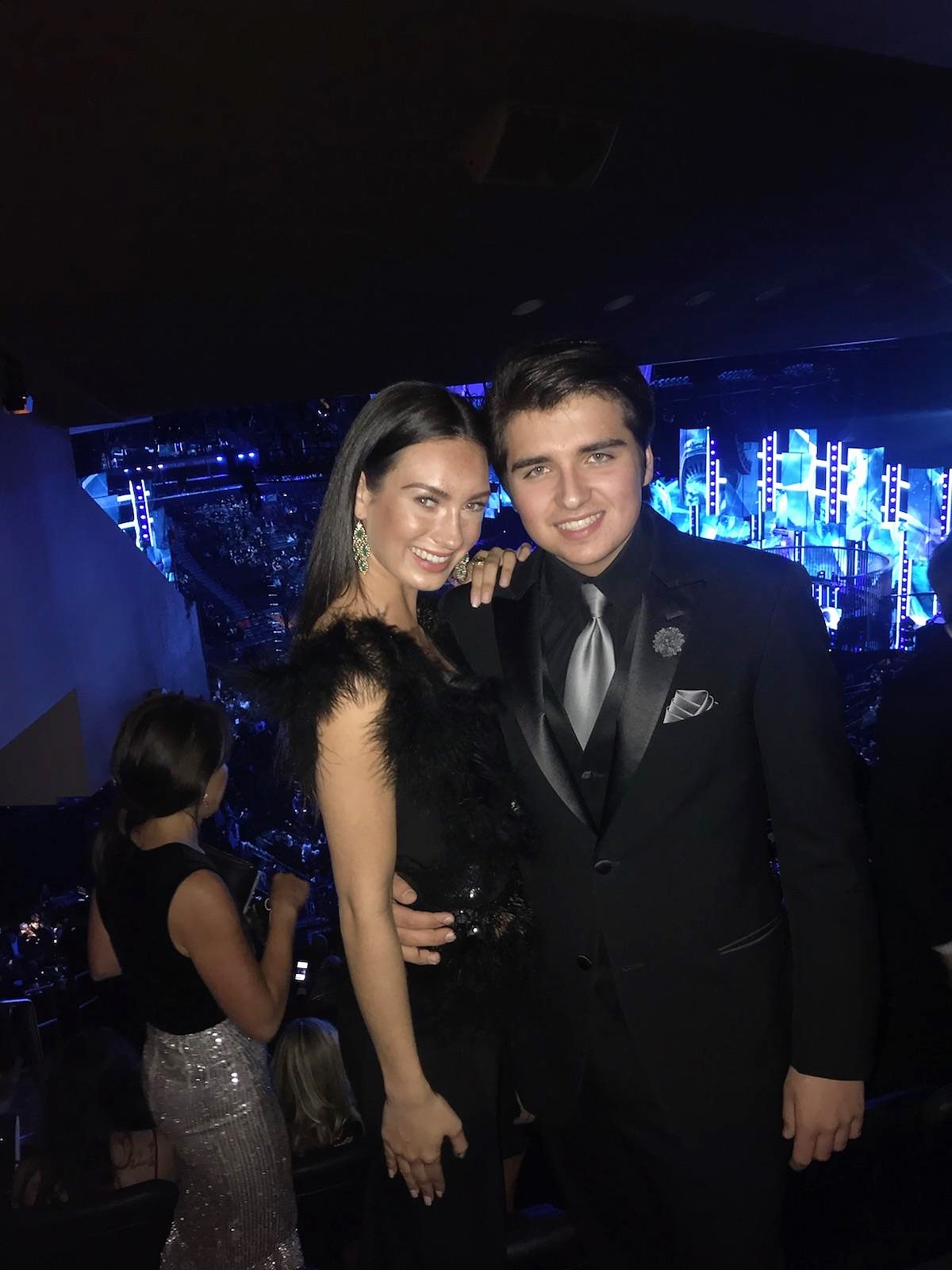 Recording Academy Member Clayton Mann and his artist date Katie Belle Akin, both 18 years, are treated to an A-Lister photo shoot ahead of the 60th Annual Grammy Awards in New York City.
NEW YORK - Feb. 8, 2018 - EntSun -- In late January, music royalty descended on "The City That Never Sleeps" with an unparalleled kinetic energy bringing a fashion vibe all it's own. Just ahead of Fashion Week, in attendance at the 60th Grammy Awards were two teen emerging artists holding their own inside Madison Square Garden:  Clayton Mann, 18, (Chicago) and a member of The Recording Academy with pop artist Katie Belle Akin, also 18, (Atlanta).

Clayton Mann, who was admitted into The Recording Academy at just 13 years old, is a singer-songwriter and touring artist. He has toured with the national Teen Nation Tour as well as with his band of brothers, REBELMANN. Clayton currently performs as a solo artist and travels to Nashville to work on new music. He is currently a nominee for Most Talented Teen Chicago 2018.

Katie Belle is also a singer-songwriter in tandem with a budding modeling career. Katie and Clayton have known each other since their days on Teen Nation Tour. Her recent single release, American Wild, has received attention from industry taste-makers which has landed her in Nashville and Atlanta studios working on a new EP.

More on EntSun News
Prior to their attendance at the Grammy Premier, 60th Annual Awards Ceremony, and subsequent after-party, Clayton and Katie had a jam-packed weekend. Under the artistic eye of internationally published photographer Udor (#Udor  #udorphoto} and NYC Fashion Makeup aficionado Jeffery "Picassco" Lindsey, the teen duo received an A-Lister photo shoot on the streets of New York. Udor, a veteran fashion runway photographer with the rare ability to visualize in 3-D, has appeared on The American Fashion Podcast with his works in multiple print publications.. Picasso's makeup styling is inspired by seasonal backdrops, multiple cultures, skin tone, eye and hair color; his inspiration is endless. Picasso has been a Make-Up Artist (MUA) for 22 years and is also an accomplished acrylic and water color artist.

Clayton and Katie joined up with the team at Hotel Pennsylvania. As Picasso worked his skilled magic with makeup brushes, Udor visualized the street scenes. Fashionable outfits were coordinated, makeup finalized, camera batteries checked, and the musical teens stepped across the lively street of 7th Avenue under the watchful eye of many a passerby. With Grammy host site Madison Square Garden as the first backdrop, Udor clicked away as Clayton and Katie strolled hand-in-hand amid the yellow taxis of the bustling city. Enjoying an unusually mildly winter day, the photo shoot also included the landmark James Farley US Post Office Building, the Metro, and famed SoHo neighborhood. Just as the music plays on, fashion dictates a change of attire.  On the steps of the Farley Building, Udor and Picasso called for an edgier musician look with Clayton donning a hand-tailored golden-threaded jacket and Katie a bustier and leather leggings.

More on EntSun News
Traveling is such an adventure, and being a part of the Grammy Award weekend was unforgettable.  Udor's lens captured the magic of the black-tie event as the two young, yet poised emerging artists - Clayton Mann and Katie Belle - looked ahead to their musical future and many more trips to the Grammys.