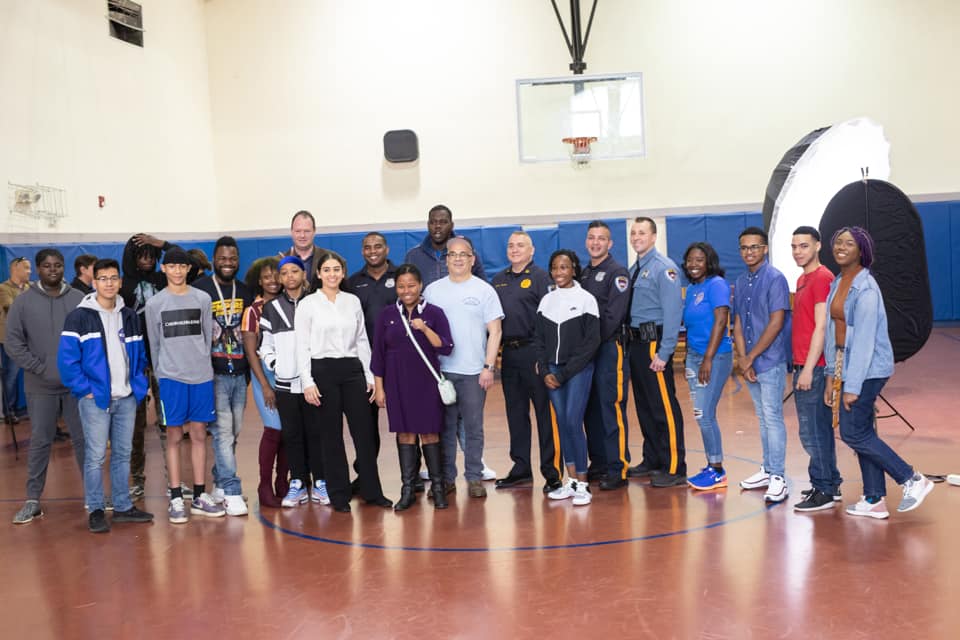 New Docuseries Generation Change Brings 'Common Ground' to Trenton Law Enforcement and Youth Discussing Gun Violence
TRENTON, N.J. - April 29, 2019 - EntSun -- Trenton's next generation of law enforcement and Trenton teens came together to voice their opinions on how to overcome historically, negative interactions that resulted in distrust, a lack of respect and violence within the community through a series of sit down discussions captured in the docuseries called, 'Common Ground.'  'Common Ground,' is part of the Generation Change docuseries, which focuses on positively changing the way we think about the fractured state of our cities and provide solutions needed for a better future.

In attendance for the final day of break out discussions was Mayor Reed Gusciora, who had an opportunity to meet Trenton's teens and Trenton police officers, who participated in this groundbreaking project. Mayor Gusciora also sat down for an on camera interview with Emmy winning journalist Alicia Nieves to share his thoughts on working on educational film projects such as 'Common Ground,' that shed light on important topics through film by highlighting positive solutions and initiating new conversations that can further mend community and law enforcement relations.

More on EntSun News
The film was moderated by Emmy award-winning journalist Alicia Nieves and directed by Joseph A. Halsey, who grew up in Trenton. "I want to give back to the neighborhood in which I grew up in," said Halsey, Director and co-owner of seven13films. "It was difficult for me when I grew up here and I know how it is for these kids now. One of the ways to change that is through bringing awareness and we look to do that through the Generation Change docuseries."

Through interviews with educators, law enforcement, public officials and social workers, Generation Change seeks to bring healing around some of the issues that fracture communities nationwide and those who live in it. For the youths who have been challenged due to negative environmental factors such as abuse, lack of education, poverty, violence and family problems, they now have a platform to share their voices and tell their stories.

"It's an important project on many levels," said Lee Kolinsky, writer and co-owner of seven13 Films. "We are not only creating this series, but also hope to achieve a better relationship among those affected by the dangers in the city."

More on EntSun News
Along with the docuseries, seven13 films has partnered with the James R. Halsey Foundation to create the Let's Film Project, which helps youths develop filmmaking skills in order to be better prepared for the job market. Learn more about the JRH Foundation here: https://www.jrhfoundation.org/