Reggae Fest is sweeping the U.S 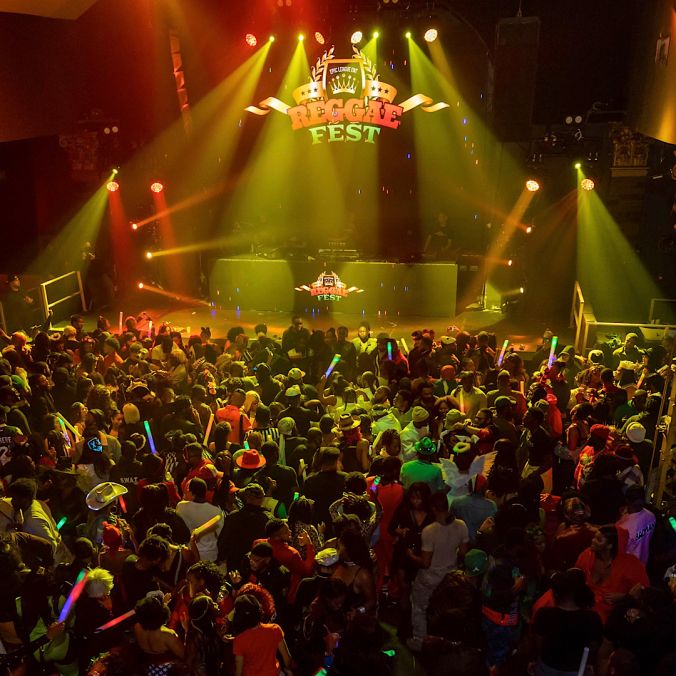 CJ Milan is the founder and mastermind behind Reggae Fest that's taken the party scene by storm.
ATLANTA - EntSun -- The party scene is an ever-evolving, ever-changing beast but, the basic ingredients for throwing a successful soirée are fairly consistent: good music, good drinks, and lots of dancing. CJ Milan, the founder and mastermind behind Reggae Fest, knows this. As the creator of one of the largest and fastest-growing dance parties in the U.S., she cares deeply about each and every one of her partygoers, regardless of whether or not they're wearing a VIP wristband or have the means to purchase an entire bottle of Hennessy.
Milan and her company Epic League Entertainment take a holistic approach to event-throwing. While the music selection is certainly key, it's really the sum of all its parts — the production, the venue, the crowd, the vibe  —  that Milan believes determines the overall success of a party. "You have to think of it this way: Out of every other event in the city, these people chose yours. They're here. They want an experience," she says. "Forget about the door and how many tickets you're selling. Forget about the bar and how many drinks are being purchased. If you just focus on the crowd and the music and make sure that everybody's dancing, you're going to have a lot of success."

More on EntSun News
What's a party without good music?
Milan, who is based out of New York City, first began Reggae Fest in 2015 on a local scale. But that didn't last long. Within seven months, she had brought Reggae Fest to the Howard Theatre in Washington, D.C., for Homecoming Weekend, selling out the venue despite the fact that many big-names in hip-hop were also performing on those dates, and there were torrential rains from a hurricane.
Since then, Reggae Fest has extended its scope to include Atlanta, Miami, and Los Angeles, taking place in venues such as Irving Plaza and PlayStation Theater in NYC, The Georgia Freight Depot and Believe Music Hall in Atlanta, and The Globe Theatre and The Belasco in downtown Los Angeles, with future events being planned in Las Vegas, San Francisco, Houston, Boston, and Toronto.
Reggae Fest has also ventured off land and onto the water via its sister party, Yacht Fete, which takes place on the Hudson River aboard the Hornblower Infinity. Every "Reggae Fest Tour "event is always sold out in any city.  For more information on the "Reggae Fest Tour"