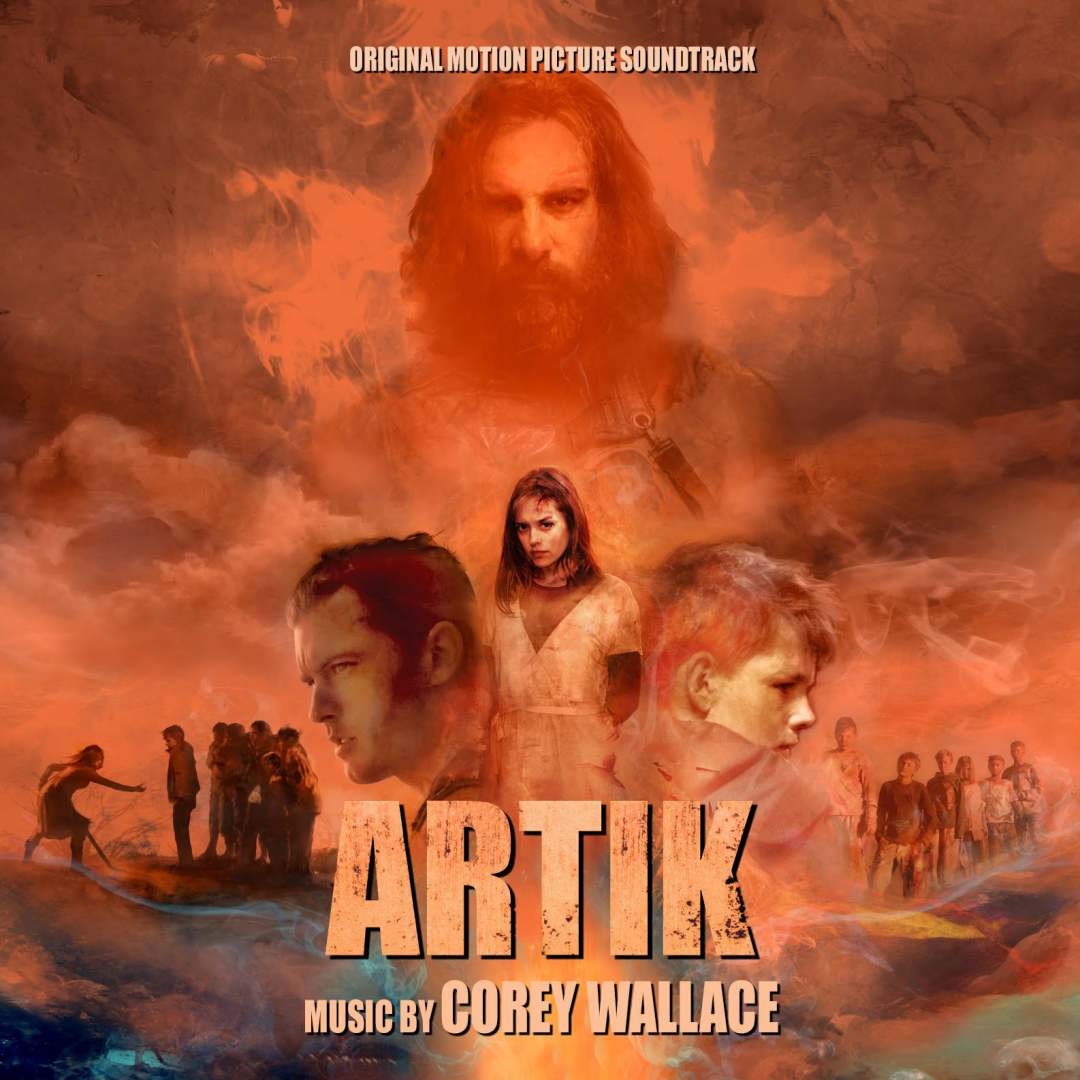 LOS ANGELES - EntSun -- Corey Wallace's score to the horror/thriller, ARTIK is getting a digital release by Notefornote Music. The film, written and directed by Tom Botchii Skowronski, was theatrically distributed by Epic Pictures and released on DVD and Blu-ray by Dread Central Presents. During ARTIK's film festival run, Wallace took home four "Best Score" awards from Genre Blast Film Festival, Grimmfest 2019, Terror in the Bay Film Festival and Horrigins Film Fest. Some of Wallace's other credits include NBC's Siberia, Smith Global Media's Valley of Bones and Samuel Goldwyn Films' Be Afraid. The album consists of 16 original tracks and will be available on all major digital sites beginning May 29, 2020.

When discussing the film's score Wallace says, "I'm thrilled the score is being released with Notefornote Music because they have such a deep love and passion for all types of film music.  The best part about working on this score was exploring sounds and textures outside the boundaries of typical music, such as using instruments in unconventional ways and creating typical musical events (hits, risers) with atypical musical ingredients.  This was a mutual passion between me and director Tom Botchii, who has a background in experimental rock music and played guitar on the score."

Corey Wallace is an LA based film and television composer with 15 years of experience.  Recent projects include the innovative Virtual Reality Sci-Fi/Action film AGENT EMERSON, the third collaboration with phenom director Ilya Rozhkov, and the biopic documentary BEYOND THE BOLEX.​ Other recent releases include the supernatural thriller BE AFRAID on Netflix, and the brutal horror film ARTIK streaming on Amazon Prime Video.  Wallace has also contributed additional music to Blumhouse's THE FIRST PURGE, TNT's SNOWPIERCER, ABC's AGENTS OF S.H.I.E.L.D., and ABC's QUANTICO.

More on EntSun News
Wallace's versatile musical style is equally at home in traditional orchestral film scoring as it is in modern sound design.  His orchestral approach focuses on melody and colorful, lush orchestration, notable in his fantasy score to THE HYBRIDS FAMILY, Best Soundtrack winner at the 2018 Oniros Film Awards, as well as in his extensive work in animation.  Wallace received a Hollywood Music in Media Award Nomination for his 2019 score to the animated film MISGUIDED, and he has scored Student Academy Award winning films DIA DE LOS MUERTOS and THE WISHGRANTER.

For modern or non-traditional film scores, Wallace uses an ever-growing collection of state-of-the-art analog equipment to handcraft unique, cutting edge sound design through the manipulation and transformation of field recordings and electronic sound, a style perfectly at home in the darker genres.  What started as an effort to avoid using synthetic orchestral samples, for film scores that could not afford live musicians, has grown into a unique form of musical expression that puts a signature sonic stamp on each score.

In 2008, Wallace attended the University of Southern California's (USC) prestigious Scoring for Motion Pictures and Television (SMPTV) program.  After studying with horror icon Christopher Young (DRAG ME TO HELL, THE EXORCISM OF EMILY ROSE), Wallace would become his teaching assistant, and the pair began working on a book about his teaching philosophy and analysis of his work.  During this time, Wallace was honored as one of twelve participants in the 2010 ASCAP Film Scoring Workshop where he received the David Rose Scholarship.  In 2011, Wallace worked on several projects for Anthony E. Zuiker (creator, CSI), including a collaboration with Academy Award winner Robert Legato.  In 2012, Wallace scored the indie horror hit SHADOW PEOPLE for Writer/Director Matthew Arnold (EMERALD CITY), which would lead to the pair working together on the NBC series SIBERIA in 2013.  Collaborations with co-composer Michael Kramer started in 2014 for the indie film EFFICIENCY, and the pair would continue on to score a pair of Dan Glaser directed films, OXENFREE and VALLEY OF BONES.

Notefornote Music is a label created to release the music from all genres on CD, all digital platforms and occasionally on vinyl.  Whether it's that pop record that has been out of print for 10 years or a score album that a label released as a limited edition, Notefornote Music will release titles they feel still have demand and/or interest from fans.  While their specialty is older albums, they also release current film scores and other new projects.