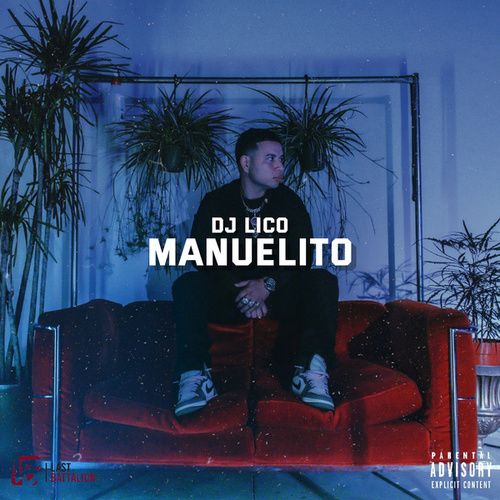 LOS ANGELES - EntSun -- L.A.'s own DJ and producer, DJ Lico, has officially premiered a new album project in Spanish entitled, "Manuelito". With the release of "Manuelito" in Spanish, DJ Lico is announcing his upcoming appearance on an official U.S. concert tour with Colombian singer Nanpa Básico.

DJ Lico is one of Los Angeles' most renowned DJs and producers, having collaborated with hip hop greats like Mac Miller, Nipsey Hussle, Wale, Gera MX, King Lil G and, the legend, DMX. After years of hard work in studios and major club circuits in the U.S., DJ Lico opens a new chapter in his career as a songwriter and singer, while connecting with his Latin roots. The eleven songs on the album were recorded, produced, mixed, and mastered by DJ Lico.

"During the pandemic I started writing music in Spanish. It was something I had always wanted to do, but I was on tour with different artists and time is very limited out there. With the pandemic, the world went on hiatus, tours stopped, events were canceled, and there wasn't much going on outside. That gave me a moment to breathe and focus on a dream I had in store," says DJ Lico, songwriter/producer.

More on EntSun News
DJ Lico shares more about how he plays all the bases in the world of music through his new album release.

"In this album you can find many styles of music, from West Coast Hip Hop vibes, boom bap and trap, to reggaeton," said the artist who comes from a musical family. "My grandfather, Jesús Antonio Mejía, was a music teacher, had a marimba orchestra and was an event DJ in the 80s. So I grew up listening to hip hop, salsa, disco, classic rock, ballads and rancheras, among many other genres. I like them all for different reasons. All the sprinkles of the different genres I grew up listening to, I used that as inspiration for the creation of my album".

As founder of the independent record label, Last Battalion Music, DJ Lico recounts, "I fell in love with the process and art of writing music in Spanish". With this album, he connects with his audience like in no other project. Through the selection of songs and original lyrics, DJ Lico leads listeners to know him more in depth.

More on EntSun News
"As I wrote all the songs in my album, I made sure my content was real so that the listener can feel my music with their heart. Most of the songs talk about my life and my personal story. I am glad to know that many people will be able to identify themselves with my songs, because I know that many, like me, know poverty and have lived in dangerous areas, not only in Los Angeles, but in all parts of the world," said DJ Lico, who chose the name "Manuelito" for his album, because "when I grew up, everyone knew me as Manuelito".

Following the release of "Manuelito", DJ Lico is preparing for his appearances on upcoming U.S. concert tour alongside Colombian artist Nanpa Basico. With performances in New York, Dallas, Houston, Tucson, San Diego, Anaheim, and Los Angeles, DJ Lico will open the show. The dates will be announced in the next few days.

"Manuelito" is now available on all digital platforms. Listen to "Manuelito" here: