Joe Simon, "Don't Give Up, You Can Make It If You Try, You Can Win" 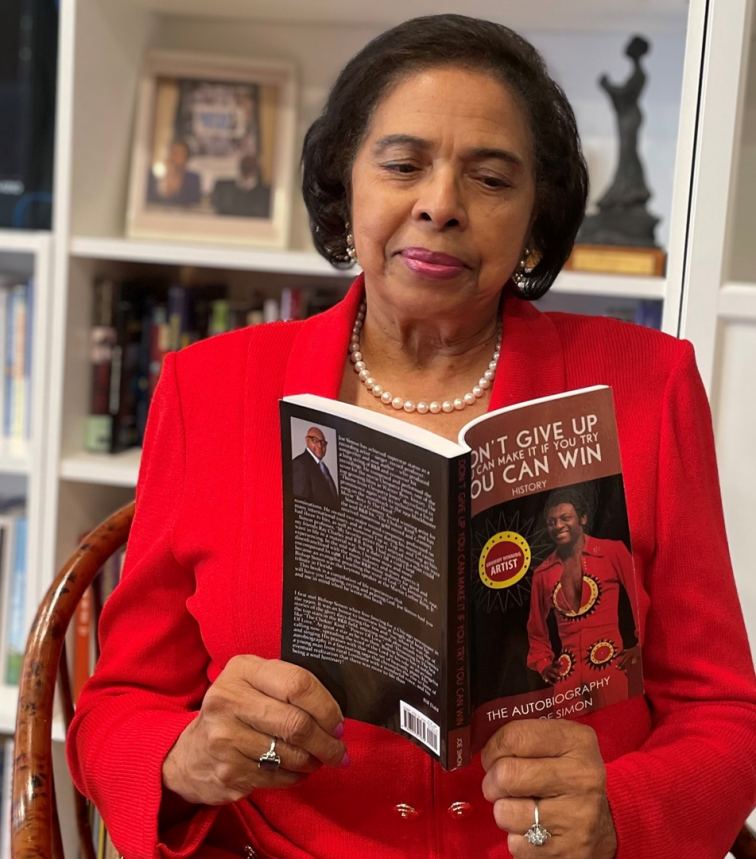 "He tells his life story in his own words," says Dr. Williams, "When you read this exhilarating book, as I have more than once, it's going to enlighten the reader and enhance your passion and your wisdom and appreciation for those who succeed no matter what. And that's what I see Joe having done. The book is really a masterpiece for living and for learning----to adjust to whatever you're facing in life.

"Often a message hits deeply that speaks to the heart, the mind, the soul, and the community. Joe does just that."

The Autobiography of Joe Simon relates in riveting fashion how Bishop Simon overcame tremendous hardship and poverty as he grew up in Simmesport, Louisiana to beat the odds and embrace stardom in the rhythm and blues arena during the 1960s and '70s, only to give it all up to follow a higher calling that continues to this day.

"I've been talking about it wherever I am. I tell people about the book and the lessons there," says Dr. Williams. "Because he did have a very hard time, even after he left Simmesport. But he overcame it. It didn't matter what happened in his life. He found a way to get around it and still could be successful. I don't know many people who had as many successful songs as Joe had. I guess they came through very difficult times. When you read the book, you will learn about some of them.

More on EntSun News
"His is still great music, even though he doesn't do it anymore. He just no longer cared about the R&B lifestyle. I don't think it was a problem he had with his music, because it's still great. He made a choice that some of us didn't understand at the time. But thinking back over his decision, we see a lot of people who were ruined by that very lifestyle. And I'm just glad to call him my friend, and I feel blessed that he did leave some of these things behind. He's doing something even more wonderful. We still enjoy his music, and I will always be a fan of his."

Young people are sure to find major inspiration when reading Bishop Simon's amazing life story. "Probably at the time, people had no idea of the struggle he had," says Dr. Williams, whose radio show Wake Up and Stay Woke airs every Wednesday at 10 a.m. EST on WPFW/Pacifica Radio 89.3 FM in Washington, D.C. and can be heard worldwide at www.wpfwfm.org. "In the book, you will read about his living in a chicken coop. In a real chicken coop! In a way it's funny, but at the same time you understand that sometimes you have to go through these things. He even made a song that sounds like that: 'It Be's that Way Sometimes.' He never allowed anything to stop him from succeeding at what he was doing."

During the 1960s and '70s, Joe Simon was one of the foremost stars in the soul and R&B field. He launched his secular singing career on the West Coast, proceeding to post a string of stirring '60s hits for John Richbourg's Nashville-based Sound Stage 7 Records, including "Let's Do It Over," "My Special Prayer," "Nine Pound Steel," and the Grammy-nominated "(You Keep Me) Hangin' On." Simon's 1969 smash "The Chokin' Kind"  topped the R&B charts and won him a Grammy for Best Male R&B Vocal Performance.

More on EntSun News
Moving over to the Spring label, Simon continued his winning streak through the '70s with more massive sellers led by "Drowning in The Sea Of Love" (Grammy-nominated), "Power Of Love," "Theme From Cleopatra Jones," and "Get Down, Get Down (Get On The Floor)" before heeding a call from a higher power in 1988 and abandoning his secular career to preach the word of God. Since then, Bishop Simon has been a tireless champion for his ministry and civil rights for America's citizens, working hard to register voters in advance of the recent presidential election.

"There are many people who want to do better in life, but they just don't know what to do," says Dr. Williams, who's known Bishop Simon for more than 30 years. "I think Joe's book is an example of some of the kinds of things you can do."