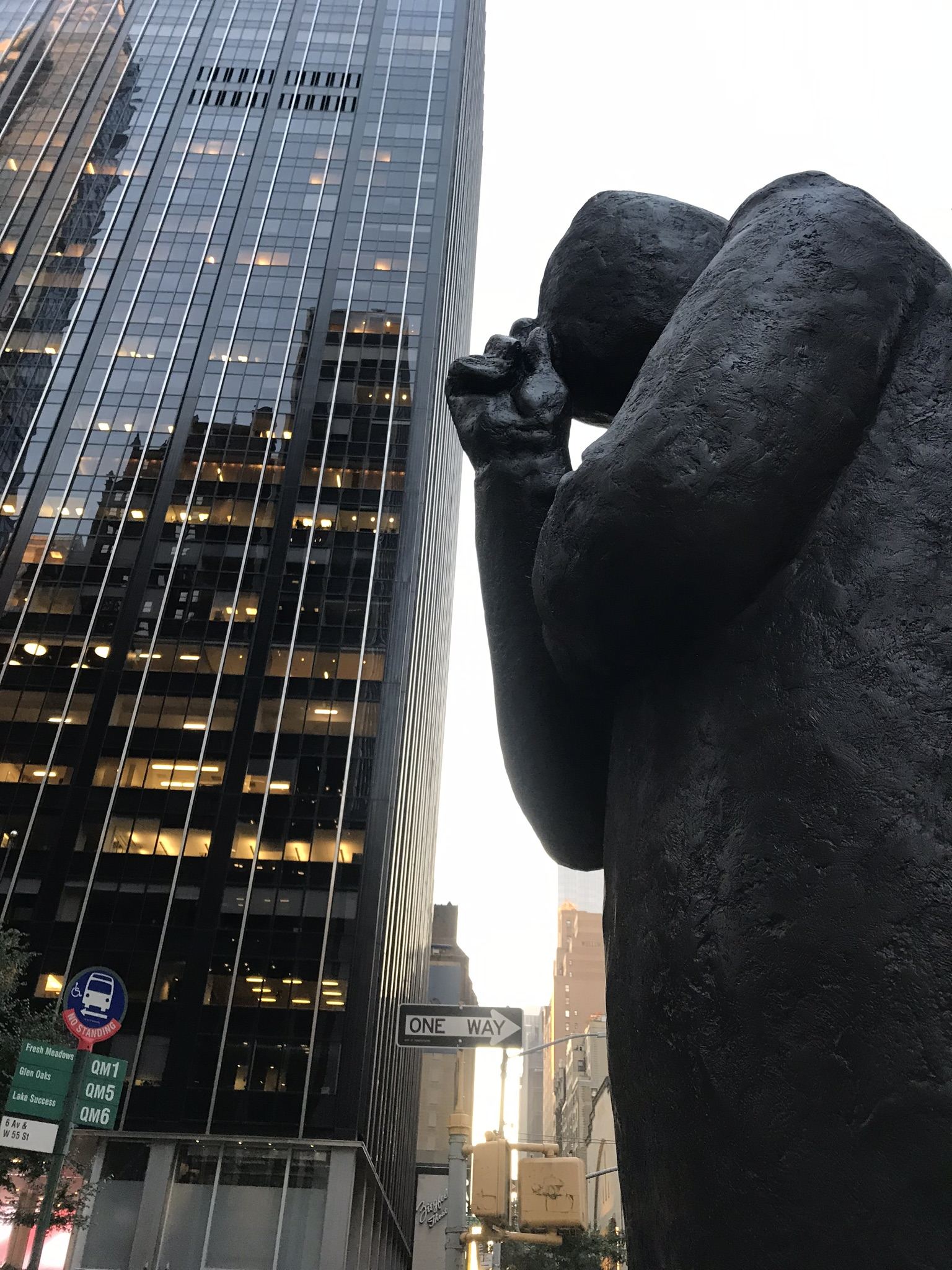 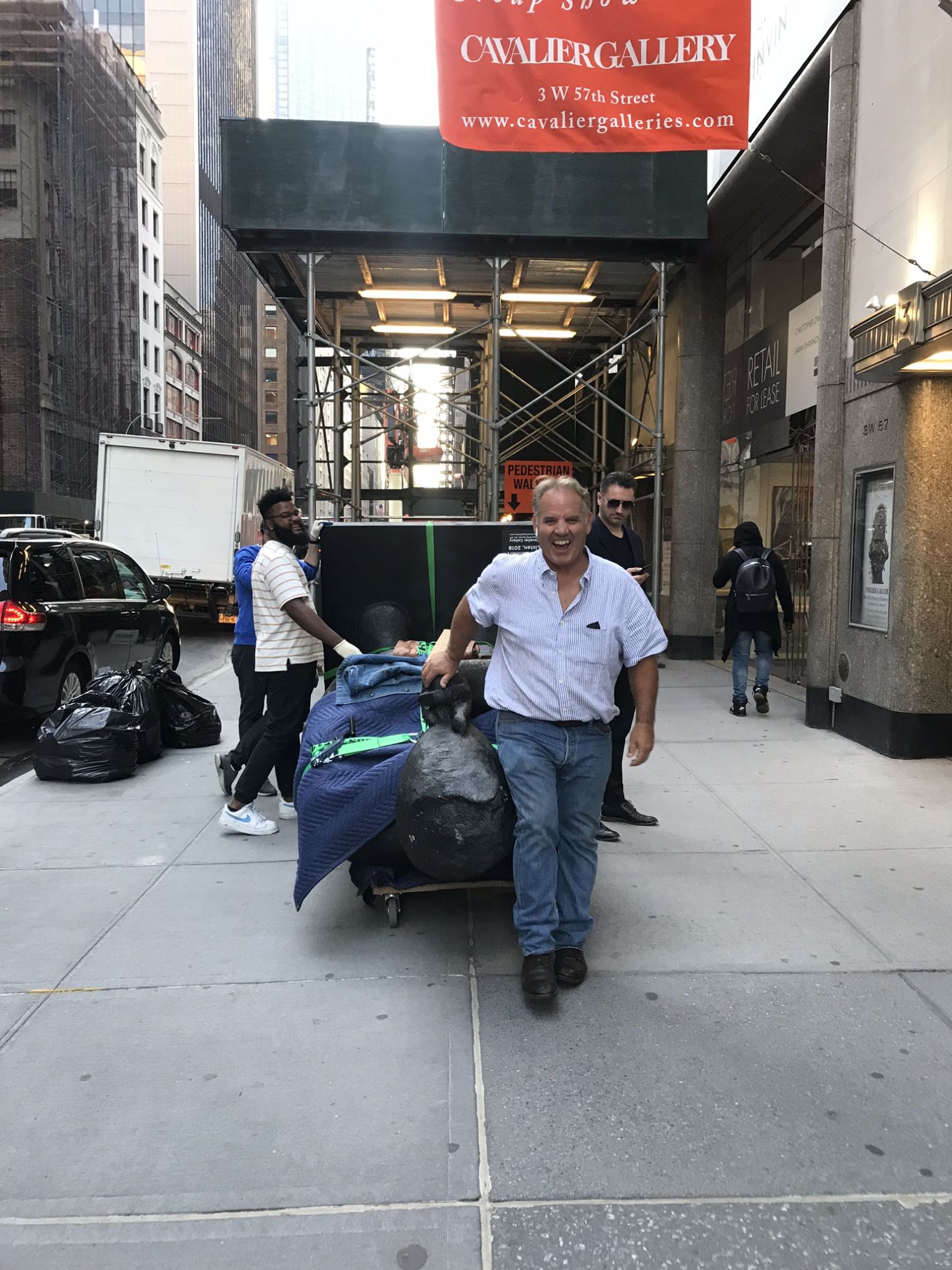 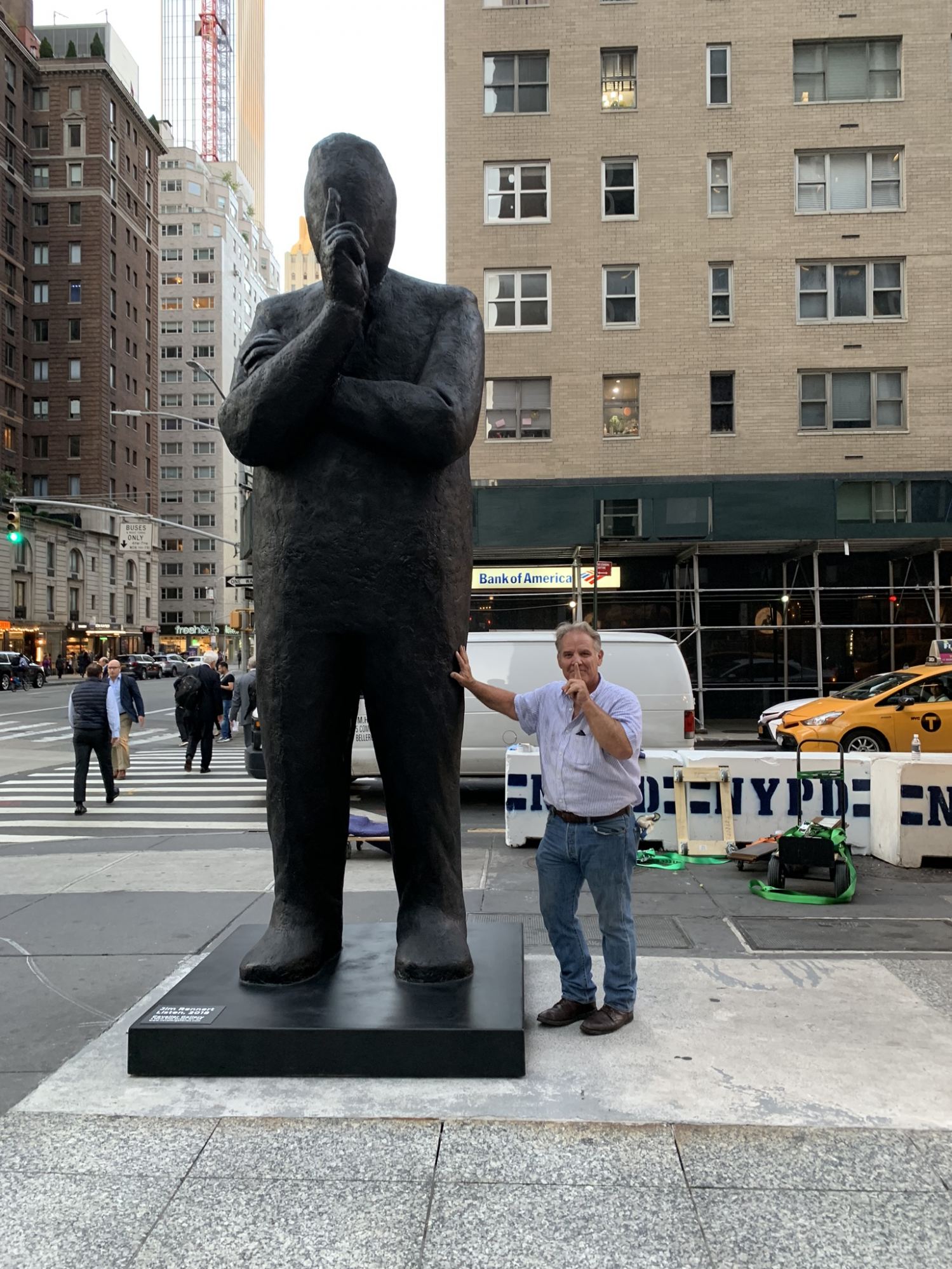 12 Foot Tall bronze Sculpture Invites New Yorkers to Pause and Reflect
NEW YORK - EntSun -- Cavalier Gallery is pleased to announce the installation of Jim Rennert's monumental sculpture, Listen, at 1350 Avenue of the Americas, the former site of the late Robert Indiana's celebrated LOVE sculpture. Listen will be on view starting on September 20th, 2019.

Standing over 12 feet tall, Rennert's astonishing bronze sculpture invites viewers to pause and reflect amidst the ever-changing and fast paced world around them. Rennert has become known for his unique portrayal of the "everyman," with his figures illustrating the struggles, emotions, and determination that the modern person faces every day. His works contend with the obstacles and endeavors of daily life by injecting humor and irony into his figures' striking and relatable poses. Listen was created as part of a series of monumental sculptures, launched with Think Big, his now iconic public installation which debuted in New York in 2014 at Union Square.

More on EntSun News
The artist grew up in Las Vegas, Nevada, and Salt Lake City, Utah. After ten years of working in business, Rennert was inspired to explore his artistic vision and embarked upon his career as a sculptor in 1990. He began exhibiting in galleries in 1993 and has since gained significant recognition. His business suited bronze sculptures have graced the streets of New York City, the sidewalks of Palm Beach, Naples, and Los Angeles and have been showcased at important art fairs, exhibitions, and events across the U.S.

For opportunities to acquire or exhibit works by Jim Rennert, or additional information or images please contact Anna Gillis at anna@cavaliergalleries.com or (212) 570-4696.