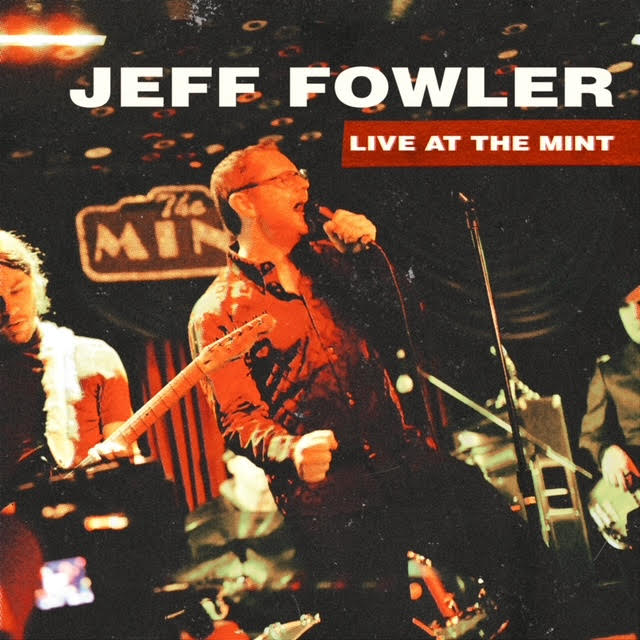 A decade-old vault recording of a sold-out concert reminds the singer/songwriter
that precious moments should be shared, not shelved.

"The beauty and delight threading throughout this concert album bring a big "yes" to life...a feast for the understanding ears and hearts." - MusicAuthentic
LOS ANGELES - EntSun -- With today's release of Live at The Mint (Get It! Records), emotive singer-songwriter Jeff Fowler is returning to a very special night of his life. In front of a sold-out local crowd that included many of this close friends and family, Fowler and his top-flight band give a master class of live music and breathe pre-pandemic life into a collection of intimate originals and modern standards that are as relevant today as they were when this concert took place. Fowler was inspired to dust off the recordings and release them as an album while isolating during the pandemic—a time that reminded him (like it did many of us) that moments like this concert are to be cherished and shared. His fifth release, Live at The Mint serves up 80s pop-rock with sterling renditions of "True" (Spandau Ballet), and "50 Ways to Leave Your Lover" (Paul Simon), along with "Firefly," "Goldfish Girl," and "I'll Try"—three originals that showcase Fowler's sophisticated songcraft. All 16 tracks of Live at The Mint are available for streaming and download now. https://smarturl.it/jb7x43

More on EntSun News
"I learned that time—especially time spent with friends and family—is precious. And precious moments should be shared." - Jeff Fowler about Live at the Mint

Recorded at LA's venerable music venue on November 18, 2011, the show was to celebrate the release of Fowler's second studio album, "Blood From Turnips." The evening was also captured on video, and Fowler has released several to accompany the album, including the featured track, "I'll Try," a Steely Dan-inspired original song that starts the show.  Fowler shares: "The song sums up the whole idea of releasing this album: if we can just get out of our own way, and let the music stand for itself, wonderful things can happen. I'm trying to do that." A full-length concert video is planned for later this year.