Heads Up Hollywood, What About the Women? Lisa Borders Should Stand Up, Not Step Down 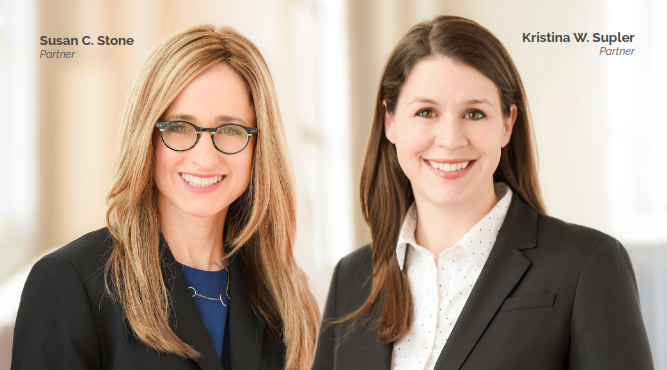 CLEVELAND - Feb. 23, 2019 - EntSun -- During this year of the woman everywhere else in the country, Hollywood is turning a blind eye yet again: no Oscar nominations for women in any of the most prominent award categories and punishment for a woman who spoke up.

Why should Lisa Borders have to step down? The CEO of Time's Up, the Hollywood-led organization created in response to sexual misconduct allegations against such high-profile figures as movie mogul Harvey Weinstein, resigned within 24-hours of learning that her son was accused of sexual assault. According to its website, "Time's Up is an organization that insists on safe, fair and dignified work for women of all kinds." News reports indicate that Borders stepped down because her role "was in conflict with being a mother who was taking active steps to defend her son."

Kohrman Jackson & Krantz LLP Student & Athlete Defense Partners Susan C. Stone and Kristina Walter Supler say it's time for Borders to stand up, arguing that the perception of a conflict is precisely where we're getting it wrong when it comes to the #TimesUp movement.

More on EntSun News
"Why should anyone, much less Borders, have to run from a job after a mere allegation is made against a family member or loved one," asked Stone. "Why is there a conflict? Why can't a woman dedicate her professional time to helping women's voices be heard while also supporting her accused son? We say that there isn't a conflict—and the perception of a conflict is exactly where Americans are getting it wrong when it comes to how our country responds to the scourge that is sexual assault and harassment."

"Just because Borders' son was accused of sexual assault does not mean that he violated the law," added Supler. "The accuser only recently reported the matter to law enforcement. Borders' son has not been charged with a crime, let alone been found guilty. Our criminal justice system is built upon our deeply rooted belief in due process and the presumption of innocence."

Stone and Supler argue that no one knows how the criminal investigation will turn out, and that there is no legal reason for Borders to leave her position during the investigation. If Borders' son is cleared, they noted, her experience can lend a different perspective to the Time's Up conversation about sexual assault.

More on EntSun News
"On the other hand," Stone said, "if Borders' son did what he has been accused of, how does that undermine her ability to perform her job? There is no reason why she cannot love and support her son while simultaneously fighting for an end to sexual assault and harassment in the workplace. It doesn't have to be one or the other."

Accusers are entitled to a forum in which to be heard and a serious response to their claims. However, Stone and Supler say, individuals can't be condemned before claims are evaluated for credibility and merit.