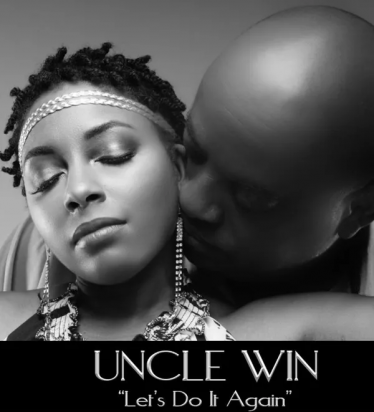 "Music has always been my passion and vehicle for reaching people. Gospel music is my foundation. In addition, R&B and Soul music resonate as well. It's about meeting people where they are, and my music does just that," says Win Thompkins, President of Uncle Wins Music Productions.

Win Thompkins' career in entertainment began at an early age. By 14 years old, he signed his first record deal with Cross & Crown Records in association with country star, Zeke Clements. He produced his first "Inspirational New Thought CD" in 2002 entitled "With People in Mind".

More on EntSun News
Win took on a title given to him from the success of his 2004 release "Foot Stompin (vol. 1) as the Ambassador of Foot Stompin'. His 2009 release "Leaning Tree" has been perceived as one of his greatest releases to date followed by his 2013 Stellar Awards nomination for his album, "I May Be Hoppin."

"This is an exciting era for independent companies in the music business. We can work with artists who align with our mission and values and still make amazing music that speaks to the masses," says Precious "Luv" Thompkins, Co-Founder and Operations Director of Uncle Wins Music Productions.

After 30 years of producing music in the Gospel arena, Win Thompkins has created a project that will put him in position to land on the R&B charts. Uncle Win's new music, "The Luv Factory LP", is a tribute to the timeless theme of "Love and Romance" with the first single paying homage to the 1975 classic "Let's Do It Again" by the Staple Singers. Written by the late Curtis Mayfield, the original song topped the charts landing on the "Billboard Hot 100" and remained several weeks on the "Hot Soul Singles" chart.

More on EntSun News
Uncle Win Music Productions is one of Florida's most renowned independent music companies. Derived from the passion, vision and business savvy of owners Uncle Win and Precious "Precious Luv" Thompkins, Uncle Win Music Productions is devoted to bringing the true sound of classic R&B and Soul to the masses through an array of new music projects from their veteran roster, as well as up-and-coming signed artists.