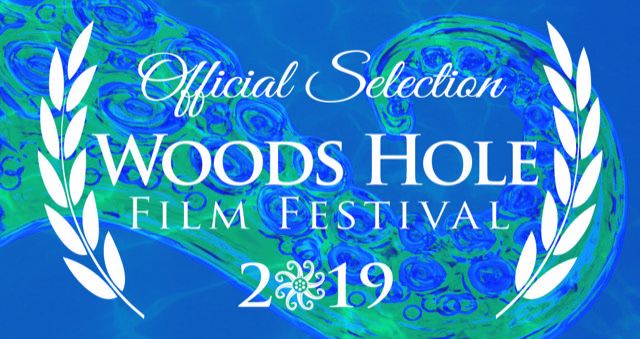 "Congratulations Kevin Stirling on your documentary, "GO FOR LANDING"  being named an Official Selection in the 2019 Woods Hole Film Festival," said John Garmache and Hannah Garfield on behalf of the WHFF Filmmaker Relations team.

Filmgoers around the world will recall the epic flight both for its enduring accomplishments, as well as for the tense final minutes of The Eagles's descent when computer alarms were sounding, fuel was running low and the mission was nearly aborted.

More on EntSun News
"I am honored that "GO FOR LANDING" has been named an Official Selection in the 2019 Woods Hole Film Festival," said Stirling.The film will be screened on Sunday July 28 at 2:00 pm in the Lillie Auditorium.

Woods Hole Film Festival is now in its 28th year and was recently named One of the Top 50 Film Festivals worth the entry fee in 2019 in MovieMaker magazine.

GO FOR LANDING was also recently selected for multiple screenings at Denver's Wings Over The Rockies Air and Space Museum, as part of its week- long 50th anniversary *Apollo*Palooza festivities honoring Apollo 11. The film drew record crowds at the Wings Museum's Harrison Ford Theater and can be viewed at www.gflthemovie.com

"GO FOR LANDING" won the 2019 Platinum NASA REMI Award at the Worldfest-Houston Film Festival and was most recently nominated for Best Historical Documentary in the 2019 Georgia Documentary Film Festival. Stirling's space-related films also include the award-winning documentary, "APOLLO 8: A CHRISTMAS MOON." (https://www.amazon.com/Apollo-Christmas-John-No...)

More on EntSun News
Stirling is also involved with other Film/TV projects in production including "SKYLINES" (https://www.skylinestvshow.com/production) a new TV Pilot about architecture that won the 2019 Silver REMI Award at the Worldfest-Houston Film Festival.

"SKYLINES" is an episodic television series that examines modern and historical architecture up close and behind-the-scenes. Viewers will experience architecture and hear from local architects & architectural historians about the famous and not-so-famous buildings, structures, and designs in U.S. across & around the world.

"I believe there is an audience for SKYLINES and am confident that the right TV, or cable opportunity and development offer will happen."

Stirling, a filmmaker, producer and editor, provides a broad range of film, video and TV services through his production company NCI Film Productions and can be reached for documentary, corporate & commercial film/TV projects at info@ (mailto:info@ncivp.com)gflthemovie.com