From Pain to Beauty: The Journey of An Abstract Artist 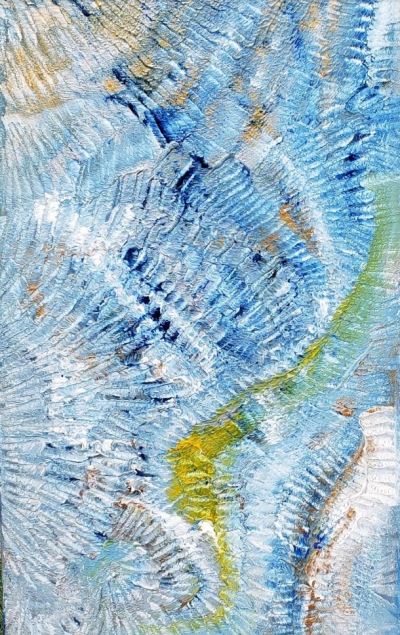 Author, Entrepreneur and Motivational Speaker James Thomas Sr. launches new website to celebrate a new art career on the heels of an unspeakable tragedy.
PALOS VERDES PENINSULA, Calif. - EntSun -- James Thomas Sr. still remembers the day he visited the Employment Development Department in his South-Central Los Angeles neighborhood.  His goal was to find a bank job and speak to a counselor about how to start a business.  "To my dismay the counselor told me, no bank would hire me and the chances of me ever owning a business were astronomical.  He then gave me a referral for a janitor position at ABC Market" said Mr. Thomas.

That was more than 30 years ago and not only did he get a bank job, he has owned several successful businesses.  Today he is the President and CEO of BEM Media Group, Inc. a multimedia company that sells entertainment, information and motivational products and "The Red Letter Agency PR Firm (past clients include Omar Gooding, and the Fuller Gordy charity event), a Corporate, Entertainment and Sports PR Firm, in addition to being a highly sought after Motivational Speaker and Author.

More on EntSun News
As if that isn't enough, he has added a new occupation to his resume, Abstract Artist.
www.jthomasluxuryart was created in the midst of the Covid 19 pandemic and is the beginning of a new lucrative career for Mr. Thomas.

"I was never interested in Art." Thomas said recently.  "I can't even draw but my life and interest in art changed in May 2016.  My youngest brother died on the streets of South-Central Los Angeles.  My family and I were devastated.  A friend suggested I try painting as a form of therapy.  She talked me into trying it 2 years prior, but after creating one painting I was not interested.  This time was no different.  I did not like painting at all!! After more pressuring I relented and found that painting really did relax me, but I needed to add something to my process.  I started listening to music while painting and just allowing my hands to create what the music made me feel.  The result was a spiritual experience and a new love for painting.

All of my paintings are named after the song I listen to while creating and I absolutely love creating now!! My first painting sold for $500 after two women got into a bidding war on social media.  I never started painting to sell them it kind of happened.

More on EntSun News
Thomas had his first successful "Art and Wine Soiree" in June 2017.  He had a month long showing at the Anaheim Sheraton Resort in Anaheim, California.  His work has appeared at the Newport Beach Art Show, The Beverly Hills Art Festival, Culver City Arts Show, DTLA Art Show and prior to the Covid 19 pandemic his art was accepted into the prestigious "Pancake and Beer Art Show." He will be hosting his second virtual art show via ZOOM on August 22, 2020 at 8:00 pm (pst).

Mr.Thomas is available for interviews.