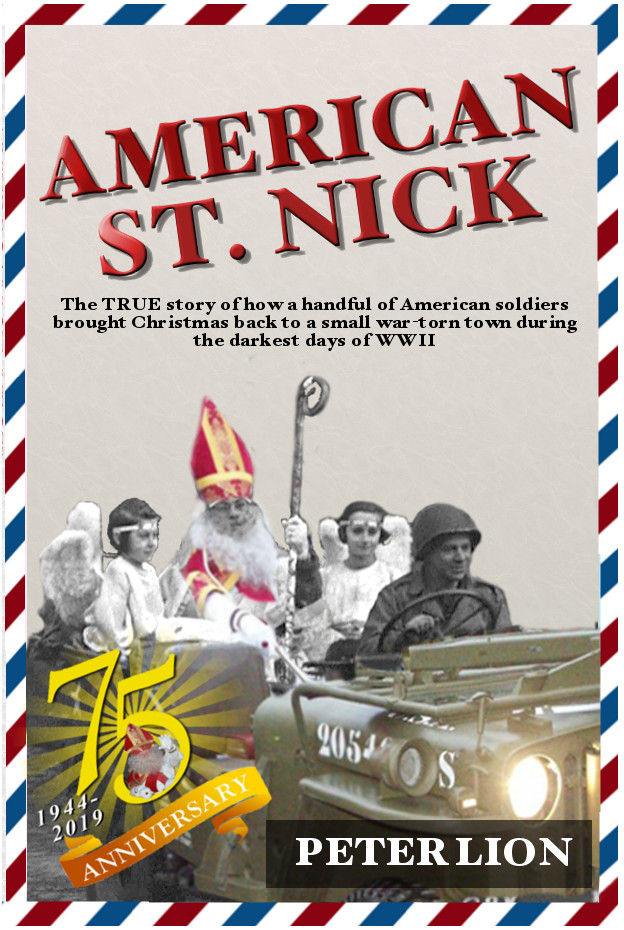 The TRUE story of how a handful of American soldiers brought Christmas back to a small war-torn town during the darkest days of WWII and unknowingly created a holiday tradition that continues to this very day.
CANTON, Conn. - EntSun -- "One more memorable and inspiring story from the greatest generation...It will touch your heart and make you proud." – Tom Brokaw

"Better than any Christmas fable, this is a remarkable true story that I can't believe I didn't know...An uplifting must-read."– Willie Geist, NBC's TODAY and MSNBC's Morning Joe

"Peter Lion recaptures the magic of Santa to transcend even the darkest of times. The children of Wiltz, Luxembourg, never forgot their American St. Nick. And now neither will you."– Meredith Vieira, Journalist and TV Talk Show Host

It's December 1944, and knowing they wouldn't be home for Christmas, a handful of American soldiers band together to host a Christmas party for the children of Wiltz, Luxembourg. During their five years Nazi rule, the people of the small town were forbidden to observe St. Nicolas Day, a pre-Christmas town-wide holiday focused on the children of the the town. Hearing this, Cpl. Harry Stutz, a Jewish soldier, gets the idea to throw a Christmas Party for the town. After getting permission from Command and gathering other soldiers to help, Harry needed one final element: someone to play St. Nicolas.

More on EntSun News
That's when he turned to his friend Richard Brookins, who donned the local priest's mass robes to play the part. It was a wonderful day for all. Ten days later the Battle of the Bulge erupted and Wiltz was all but destroyed in the fighting that followed. After the war, the people of Wiltz vowed they'd never forget the kindness and generosity of those American soldiers that one St. Nicolas Day. To honor them, Wiltz incorporated a new tradition into their St. Nicolas Celebration: someone would be chosen to dress, not as St. Nicolas, but as the "American St. Nicolas". They reproduced the procession through town and the holiday party that was held at the Wiltz castle just like the soldiers did during the war. This tradition continued for 30 years, when the people in Wiltz decided to bring back those handful of soldiers...if they had survived the war and if they could be found!

HD video B-roll available for use for all TV interviews

Additional information including a synopsis, an excerpt, endorsements, press/media clippings and a trailer from the "American St. Nick" documentary film is available at:
http://WWW.AMERICANSTNICK.COM
https://youtu.be/zMTSmH0ldH0