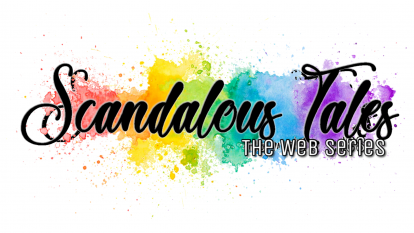 Scandalous Tales returns with a new partnership as well as a new perspective as they pioneer the queer storytelling space in their community.
OKLAHOMA CITY - EntSun -- Oklahoma is where the wind comes sweeping down the plain. Well that's definitely the version that is painted in the lyrics of the Rodgers & Hammerstein musical bearing the state's name. This definitely isn't your grandparents' Oklahoma. The men may wear bonnets and the women may do the shooting, if they choose.

Scandalous Tales is a web series that is based on the lives of an array of LGBTQ+ cast members who have interesting and provocative stories to tell. Those stories come from the talented Alexandria Carr who also created and directed the series.

What's notable about providing a platform for a group that is often marginalized is that the stories are focused on people of color which is the rainbow in an often all white sky. In season two the rainbow will appear in a church which is exactly what an Oklahoma doctor would order.

More on EntSun News
To ensure Scandalous Tales is able to reach the audience that is awaiting their return they have partnered with Leveaux Media founded by Asa Leveaux. Carr, when asked why she made the choice to join forces, replied, "I believe we both have a hunger for success and with that we can make anything happen".

Leveaux Media, a division of Leveaux Group, Inc. was created in 2019 to showcase works that deserve the light of day with the intensity in which they were created.