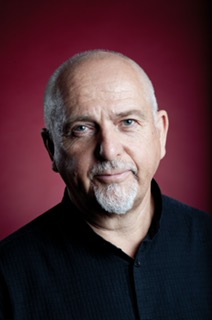 With this partnership, RW and EM will release more than 200 of these artists via LIFE for licensing to the TV, Film and Media industry exclusively on www.extrememusic.com. The first four albums featuring AYUB OGADA, JOJI HIROTA, LOS DE ABAJO and RIZWAN-MUAZZAM QAWWALI are slated for release in May 2020.

"When I was growing up 'foreign' food was a plate of spaghetti or a curry, and a few prawns drowning in tomato ketchup and mayonnaise served in an unripe avocado, was both radical and luxurious," said Gabriel. "Then we realized that food didn't have to be part of a boring monoculture and great dishes and chefs were found from all over the world.  London went from being one of the worst and least exciting food capitals to one of the most vibrant."

"So it is with music," Gabriel continued. "Part of the pleasure of mixing things up is working with so many cultures, tastes and flavors and so many brilliant artists from all over the world. We have also tried to create warm and welcoming studios that would make all musicians feel at home and able to give great performances that are the heart of any great music.

"It's been our hope that we could make some of this wonderful archive of music available in a library, both in instrumental and vocal form; to offer its magic to all sorts of other projects. We are now very happy to be able to realize this as LIFE with our partners Extreme Music. LIFE is a box full of real treasures and I hope you have as much fun exploring it as we, the artists had in creating it."

More on EntSun News
"Real World are the undisputed masters of Global music and with more than 200 artists that connected the dots from Armenia to Senegal there is no doubt LIFE will provide music supervisors with a deep ethnocoustic well. We could not be more excited to bring this opportunity to the professional music community," commented Russell Emanuel, CEO/Chief Creative Officer at Extreme Music.

Extreme's relentless quest to curate a collection of strictly-legit specialist labels has gained them a reputation for delivering Grade-A cuts more useful than park assist and cooler than the other side of the pillow. Their extraordinary roster and tireless pursuit for authenticity attracts discerning users and brands. Their clients understand that casting an Extreme track means they're choosing music that has been lovingly hand-stitched by world-renowned maestros and producers who have passionately crafted a catalogue that won't leave a hair on your neck lying down! With years of expertise, a deep history in music production and a monumental multi-Grammy award team, Extreme continues to ascend in and redefine the production music industry.

Real World Records was founded in 1989 by WOMAD and Peter Gabriel to provide talented artists from around the world with access to state-of-the-art recording facilities and audiences beyond their geographic region.

More on EntSun News
At the beginning it was the musical relationships generated at the WOMAD festivals that gave Real World Records confidence that something of this special spirit could be translated into a recording context. Consequently, the Real World label has become renowned for bringing together musicians who share an empathy with music in general, rather than simply a shared cultural background.

Since 1989, Real World Records has grown into a label of wide-ranging, world-class music from all corners of the globe. Many of the label's releases are recorded at Real World Studios where the live interactive spaces provide an environment capable of capturing the excitement and vitality of musicians in performance.

Now, via the internet and through streaming services you can find music from every continent with ease. In a changing music industry Real World has continued its own exploration of outstanding music. There's an enormous variety of styles, moods and genres within the music catalogue that bears the famous colour bar logo, but they all have one thing in common— the quality of the recording and the superb production.

Whilst there is a tendency for people to pull together this diverse range of releases under the banner 'world music', the reality of the Real World output extends beyond this categorization. Great music is enjoyable to listen to irrespective of the nationality of artists creating it. Indeed, many of the most exciting sounds that you will discover on the label are the result of collaborations between musicians from many different countries.