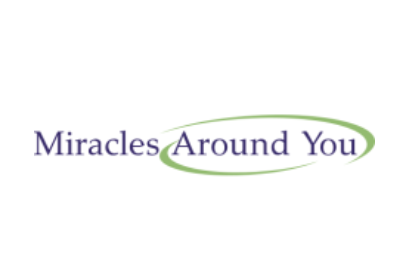 New Show will focus upon celebrities and ordinary people creating outstanding outcomes, capturing the best of the human spirit.
NEW YORK - EntSun -- "Miracles Around You", hosted by Nathan Osmond, nephew of Donny and Marie Osmond, is a half-hour program that provides an uplifting platform demonstrating how people can achieve their dreams and make them happen for others. It focuses upon three sub-topics: (1) How and why celebrities achieve amazing outcomes and pass them forward; (2) How, by participation, the audience can achieve extraordinary results; and how collaboration makes life better; and (3) How seemingly ordinary people have accomplished great things and brought about positive change. There will be an interactive portion of the show, in which audience members can submit stories of their own.

"This is a show that is needed now more than ever," Morci said. "People are looking to find hope and positivity. So often we hear that we should just accept and adjust to what's happening in the world around us … but I have a different view. I believe we can rewrite the future, creating a better new normal for ourselves. 'Miracles Around You' gives shining examples of celebrities and regular people who have done this, and it motivates and inspires viewers to follow suit."

More on EntSun News
Morci began her career in entertainment as a professional dancer in Michigan, hosting, producing and performing in her own dance-themed TV variety show "Detroit Arabesque". While studying at the University of Michigan, she was discovered and asked to join the Marta Zorina Dance Troupe in New York City. Over time, she performed Adagio/Paus de Deux in Carnegie Hall, Lincoln Center and other major concert theaters; and in two Broadway productions, "Carnival" and "Oh, Brother."

Morci has made major contributions to a pair of network projects. Author Budd Hopkins called upon her for advisement when CBS produced a miniseries based on his book, Intruders. The show starred Emmy Award Winners Richard Crenna and Mare Winningham, as well as Golden Globe Award Winner Susan Blakely and Tony Award Winner Ben Vereen. In addition, her knowledge of mythology of ancient civilizations earned her a research and consulting role in "Mystery of the Sphinx", an NBC prime-time special documentaty starring Hollywood icon Charlton Heston. The show was produced by BC Studios of New York City, and Robert Watts of "Star Wars", "Raiders of the Lost Ark" and "Who Framed Roger Rabbit" fame.

More on EntSun News
"Miracles are all around us," Morci says. "It's not just a superficial feel-good show, though that's part of it. We also go under the surface for an in-depth examination of how and why a miracle happened – and how people can learn from it and create their own stories.