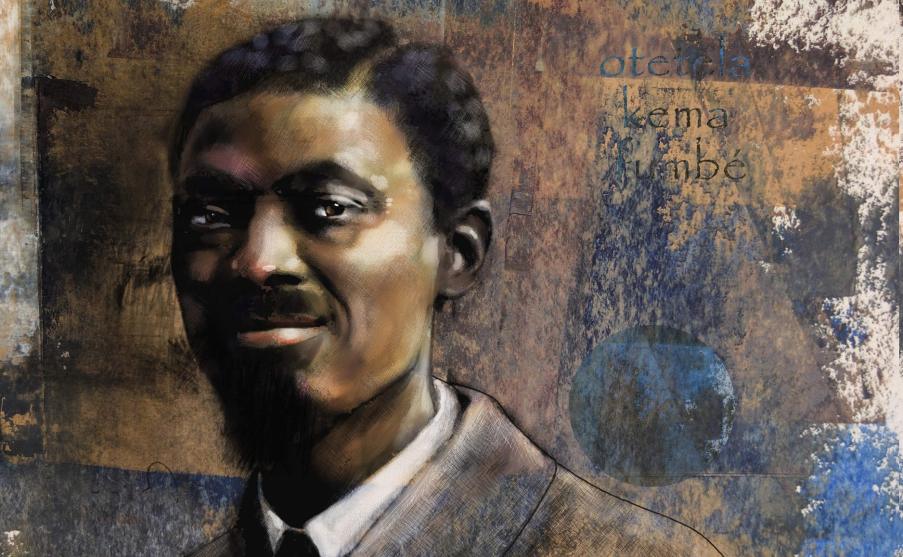 LOS ANGELES - EntSun -- Congo Rising announces its feature film drama, Patrice Lumumba, on the eve of the 60th anniversary – January 17, 1961 – of the assassination of Congo's historic leader. Patrice Lumumba, a Congolese politician, and independence leader, served only for a short time in 1960 as the first Prime Minister of the independent Republic of the Congo. He was assassinated in the Congo (D.R.) after being caught up in a political struggle that involved the Belgian government, the UN, the Soviet Union, the USA, and others that wanted to silence him.

Mr. Lumumba played a leadership role in the transformation of the Belgian Congo colony into an independent republic before he was murdered. Mr. Lumumba was publicly admired, revered by such U.S. top civil rights leaders as Dr. Martin Luther King and Malcolm X, who called Lumumba "the greatest black man to ever walk on the African continent."

"The film Patrice Lumumba offers a vision into the life and courage of one of the great human rights leaders, one who was a foundational builder of the Pan African movement. In a real way, we are bringing Lumumba back to life at the exact moment when the world needs him and when his native land, the Democratic Republic of the Congo—on the threshold of great things after a disastrous decline initiated by Lumumba's murder—must be inspired by his courage," commented CR's Margaret Young, the film's producer and co-writer (https://www.congorising.org/).

"As the Black Lives Matter movement has grown, Lumumba's legacy—and what he confronted as he sought independence for his nation—has become newly relevant. Statues of King Leopold II, whose cruel enterprises in the Congo resulted in the deaths of 10,000,000 Congolese people—were toppled in Belgium in June 2020," added Ms. Young. (see https://www.cnn.com/2020/06/10/europe/belgium-king-leopold-ii-statue-intl/index.html).

More on EntSun News
Production on Patrice Lumumba will begin in September in the Congo (D.R.). With a predominantly African cast, the film will be spoken in the native tongues, Tetela, Lingala and French, with the exception of key international roles in English - - that of UN leader Dag Hammarskjold, Secretary General of the United Nations; Kwame Nkrumah, President of Ghana; and several American diplomats and  operatives. Actors who have been discussed for these roles include Tom Hanks and Denzel Washington.

US-based Congo Rising and its Congo partner, Bimpa Production, will be casting Patrice Lumumba later this month. Film will be lensed entirely on location in the areas in and around where Mr. Lumumba lived, where the true-life events took place, including the villages and cities of Onalua, Kisangani, and Kinshasa.

Tshoper Kabambi Kashala, the Director and Co-Producer, commented: "Africa today faces several problems including wars, looting, poverty, lack of health and education structures, corruption and so much more, and I am convinced that cinema can make a significant contribution to change. I want to make films that deal with the problematic issues that plague our societies, but which could also mean something to others.  My greatest wish for this film would be first to immortalize our Hero, to share his story with the world and especially with the Congolese. I would like the film to boost the film industry in the DRC through its impact."

Rebuilding Film Industry In The Congo

In their quest to rebuild a film industry in the Congo (D.R.), Congo Rising and Bimpa Production have acquired state-of-the art-film equipment for their productions in the Congo (D.R.). Congo Rising has also purchased a tract of land for a future film studio/university to be set up there in 2022. Congo Rising and Bimpa Production have made two low-budget feature films- - Heart of Africa and Companions, but Patrice Lumumba will be their first major feature film. Heart of Africa won several awards throughout the world and had a brief theatrical release in the USA. Congo Rising plans to bring key U.S. filmmakers to the Congo to teach film students there. Said Ms. Young: "Our next trip from the U.S. to the Congo will be in August. We will take several renowned filmmakers with us to train the Congolese teams in specialties such as sound, animation, and lighting. Eventually, we plan on providing a mini-grid of solar power so that internet will be reliable and satellite up links can make lectures and training possible from anywhere in the world."

Congo Rising is based in Utah/USA as a privately held company. CR has been doing humanitarian work in the Congo (D.R.) since 2017 and now wants to focus its mission on filmmaking there. Principals are Margaret Young, President; Bruce Young, Treasurer; Dell Blair, Creative Director and Aime Mbuyi, Business Manager, who is based in Kinshasa, Congo (D.R.). Web site: https://www.congorising.org/

Sixty years have now passed since Lumumba's murder. Since January 17, 1961, the Congo has sunk into the depths of poverty due to the corruption which came with the government put into place after Lumumba's death and supported by the US and Europe. The post-Lumumba government was led by Joseph Mobutu, who ruled the Congo from 1965-1997. His tyrannical regime was an outright kleptocracy and plunged the country into war and poverty.  In 2021, its new president Felix Tshishikedi has vowed to restore the past greatness of the Congo and has severed ties with its former governments. Lumumba's native country is prepared to tell his full story.