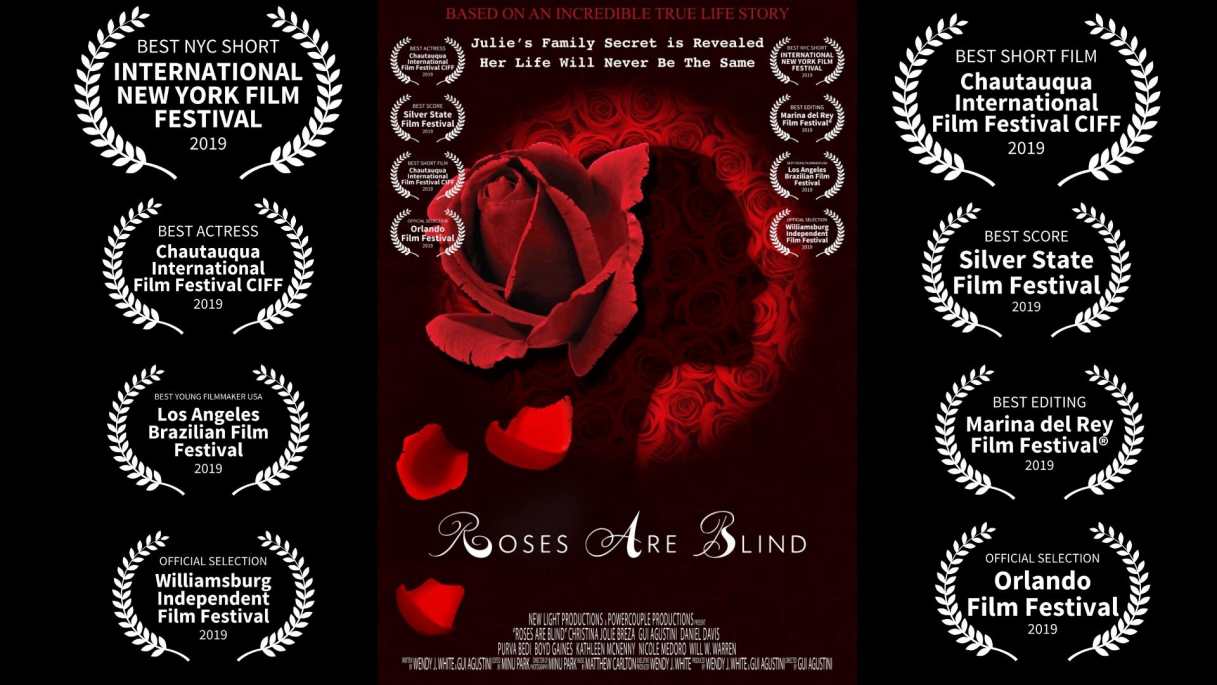 More on EntSun News
The star studded cast of Roses are Blind include Christina Jolie Breza as Julie Janson, a television, theatre and movie actress who also produced the short;  Gui Agustini, as Dr. Mayer, a multi-media film, television and theatre actor who also directed, produced and co-wrote Roses are Blind; Daniel Davis, as Addison Spellings, best known for portraying Niles the Butler, on the Television sitcom, The Nanny and for his guest appearance as Professor Moriarty on Star Trek: The Next Generation. Davis was nominated for a Best Actor Tony Award for his role in David Hirson's Broadway play Wrong Mountain; Boyd Gains, as Uncle Oscar, four time Tony Award and three time Drama Desk Award winning actor; Kathleen McNenny as Ruth Janson, an acclaimed Broadway, film and television actress; William W. Warren, as Ted Janson, a theatre and commercial actor; and Purva Bedi, as Yolanda Ramirez, a 2019 Drama Desk Award winner for her work in Dance Nation and her role in Sully with Tom Hanks, an actress of film, television and theater.

Wendy White, Executive Producer and creator, states "Roses are Blind is intended to expose misdiagnosis throughout the nation and the struggle for normalcy in a world that quickly judges and inflames reality." She adds, "New Light Productions and PowerCouple Productions are creating cutting edge films from the heart in an age where truth is revealed and empowered."