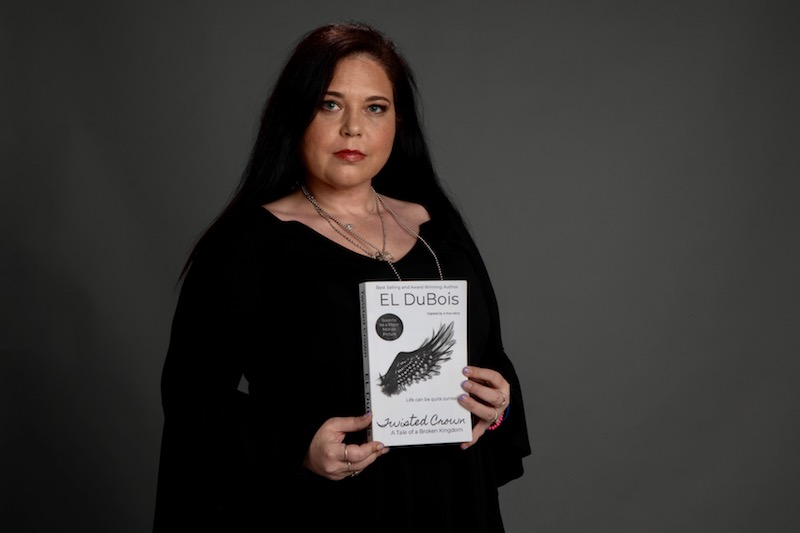 EL DuBois Pens An intimate Detail of Domestic Violence And Launches Her Social Media Campaign Along With Investor Opportunities
LOS ANGELES - EntSun -- When (EL) Erica Dubois decided to share her story with the world, she had no idea on the indelible mark she would have on her audience. It was a journey, though painful was long overdue.  Domestic violence is a national and international crisis as we continue to hear stories from women across the globe. Each of them will tell you about the misconceptions and judgments they experience from friends and family along with the legal system. So many voices go unheard so it is clear that change is needed. Erica and her team may not be able to effect change in many areas of the world but they are determined to give a voice to the many here in America that have been traumatized and destroyed by domestic violence.

With strong fan support and the many men (yes men) and women who have reached out to Erica, it was a sure sign that her story must be shown to a wider audience. And since we can all recognize the power of visuals the next logical step for Erica was to adapt her book into a  feature film.

More on EntSun News
With the help of her brother(Author and Screenwriter) J. Mackie Matysiak, they penned the script that brings Erica's vision to life. Again it was not an easy task but it was a path that they both needed to walk. His passion for this project stems from a need to bring his sister's story to a broader audience and give her and other survivors the justice they deserve.

In an effort to raise more awareness about domestic violence and to raise funding for the film. Erica along with producers Stephanie Moore and Jason Baskin created the Total Consent Campaign(#totalconsent) that will allow fans and supporters to purchase merchandise and receive special perks. The Total Consent campaign is an effort to raise more awareness and funding for the movement and film to bring to light what consent means in the physical, sexual, emotional, and verbal sense. Consent is absent in all cases of domestic violence, and this campaign's goal is to get people talking, funding, and pushing for consent in all areas of life.

More on EntSun News
El DuBois, along with producers Stephanie Moore and Jason Baskin are dedicated to creating a movement and film that will help bring light out of darkness regarding consent, abuse in all its forms, and changing lives one moment at a time.
The film and the Total Consent campaign are dedicated to those who survive, and those that have been lost. It is time to change the narrative for the better, and dedicate ourselves to healthy relationships in all areas of life, educating better legislation, and support for all those who have experienced a loss of consent.