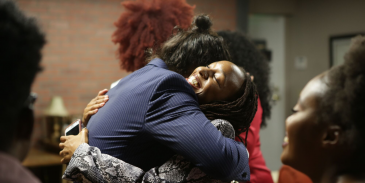 ArtByTrade, the media and entertainment company responsible for the production of Illville, has received 3 festival awards for the film so far.
HOLLYWOOD, Calif. - EntSun -- Only months into the festival stage, ArtByTrade is proud to announce that its very first television pilot entitled Illville has received 3 award nominations. This has everyone wondering what the future holds.

Prior to the pilot's completion, it was named Semi-Finalist of The Black Screenplays Matter Film Festival under the title Gun (the original title of the screenplay). It went on to be selected by the Las Vegas Black Film Festival and received recognition as a Semi-Finalist for Best Screenplay. The third and most recent nomination for Illville was given by the Oscar qualifying Flickers' Rhode Island International Film Festival where llville received a Semi-Finalist award for their African-American Experience category.

More on EntSun News
Illville is a dark comedy about a drug lord who puts a hit out on the police officer that murdered his teenage nephew. The film was written and co-produced by Brittany Chrishawn and director Ausar Moore and was screened privately this summer (July 20, 2019) in North Hollywood, CA. Due to its current  circulation in the film festival world, Illville has yet to be publicly released and no release date has been set forth. But, in the meantime, the trailer can be found here.

Check out Illville's IMDb page to find a list of its award nominations including the Las Vegas Black Film Festival award and other data here: