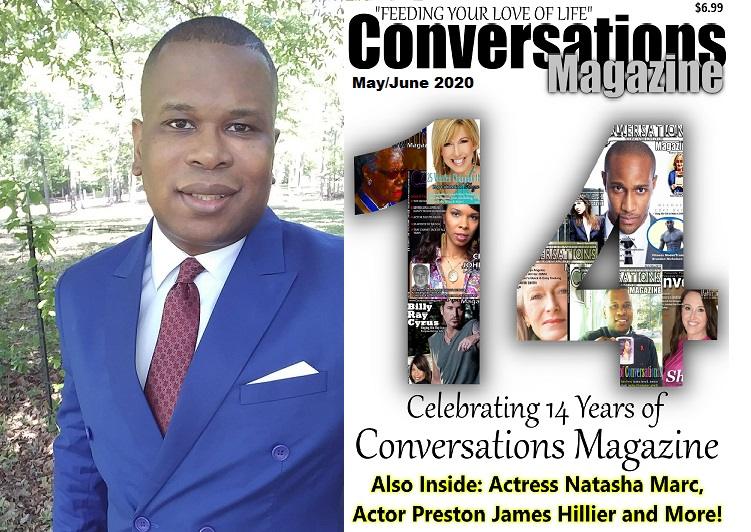 JACKSON, Miss. - EntSun -- Going into 2020, Mississippi native Cyrus Webb was looking forward to a big year for his Conversations brand. After already covering events in Los Angeles during January and February, he was going to be hosting events around the country throughout the rest of the year. "This was going to be one of my busiest years yet," says Webb,44.

The spread of the Coronavirus, however, sidelined his travel plans but not his vision for the year. "I, like everyone else, had to reevaluate everything," he says. "Travel was out, yes, and thankfully my business can be operated anywhere. I had to take action."

What resulted was not only the opening of new doors for Webb but the creation of something totally unexpected: the expansion of his Conversations media brand. 2020 has brought a growth in his radio show Conversations LIVE, as well as the fact he has been able to reach some celebrity guests he has tried to interview for years. Listenership for the radio show is up over 20% and is heard on Blogtalkradio, iTunes, WYAD 94.1 FM in Yazoo City, Mississippi.

The biggest project that has come about since Webb has been home in Mississippi during the pandemic, is the forming of something that will harness his influence as a Top 500 Amazon Reviewer. As an Amazon Influencer he is growing his audience around the world through social media. "I'm excited to announce that Conversations Media Group will be releasing a totally digital publication called 'At Home with Cyrus Webb' featuring do-it-yourself projects and gift ideas through Amazon."

For the past 5 years Webb has been one of the top Amazon Reviewers in the country. He has written over 4k reviews of books, music, clothing and households goods. The project "At Home with Cyrus Webb", to be released in June, will take the reader/viewer into Webb's home. It will show the viewer how they can use Amazon to transform their wardrobe as well as any room in their home on a budget as well as finding great items for their yard, garden or gift-giving. The innovative thing about "At Home with Cyrus Webb" is the complete "book", sold exclusively through Amazon Kindle, is made entirely of videos and photos. Webb narrates the entire experience and to read/see more about the products you simply click on the photos to be taken to Amazon.

More on EntSun News
Webb's advice for others looking to come out of these challenging times with something they can be proud of doing is this: "The important thing is to do something. Maybe you can't do everything you want, but don't let this time go by without your making at least a move towards something you want to achieve."