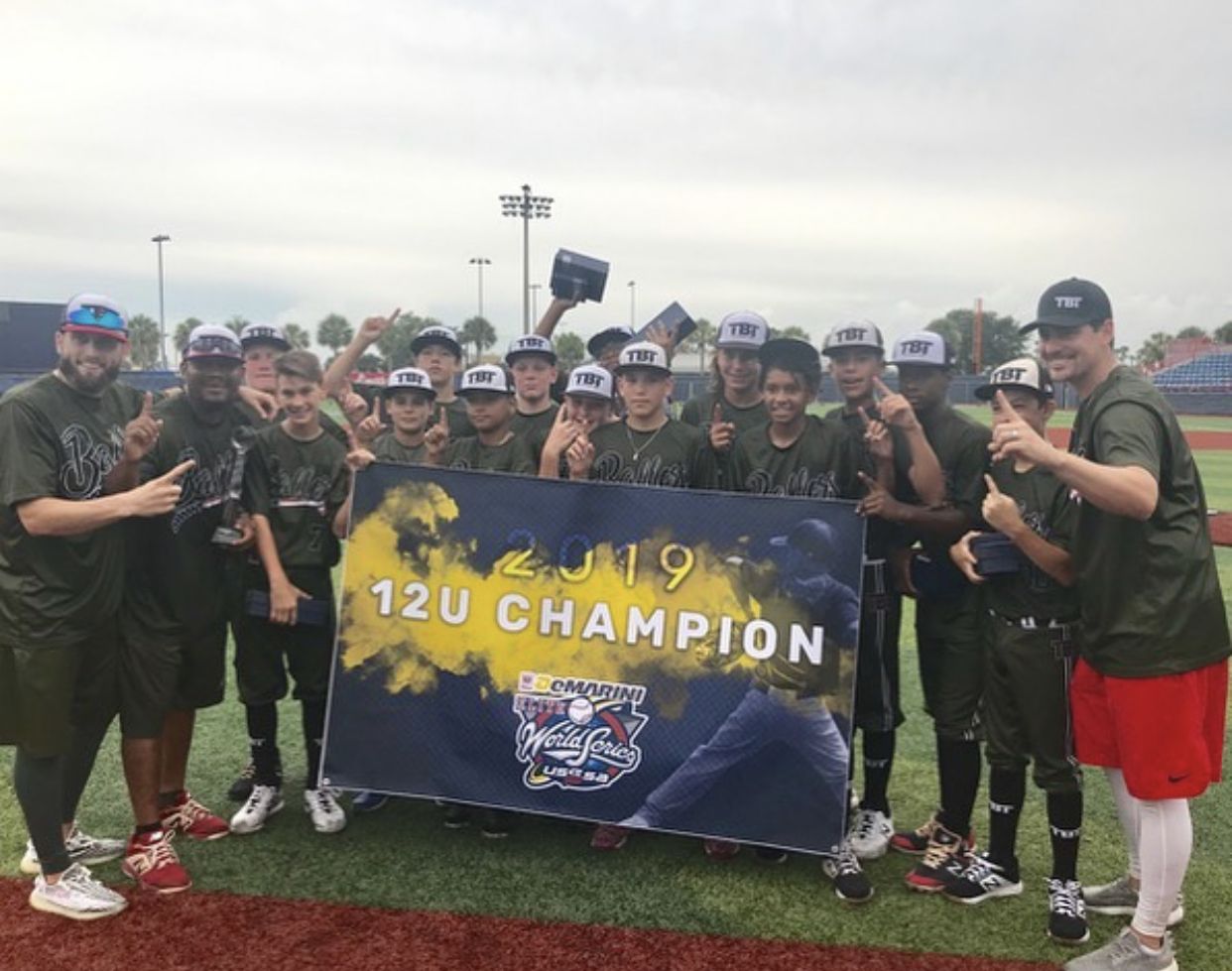 BOCA RATON, Fla. - EntSun -- This past weekend The TBT Florida Ballers, headquartered in Boca Raton, FL, participated in the USSSA Elite World Series in Melbourne, Fl against 22 of the top teams in the nation.  Three seeding games are played and then double elimination bracket.  Rarely does a team win from the losers bracket.  After winning all three seeding games and ranking number one going into bracket play, the TBT Florida Ballers unexpectedly lost their first seeding game moving them to the losers bracket after only one elimination game.  In order to win the tournament they would have to win their next six games.  The TBT Florida Ballers against all odds won their next six games which included a 2-1 victory, a win over the number two team in the country and a win over the number one team in the State of Florida.  The TBT Florida Ballers are now the number one team in the Country. All tournament team Lennox Lively, Connor Berman, Dayson Griffis and Engel Paulino.  Defensive MVP of tournament was Alejandro Sardines. Tournament MVP Dayson Griffis.