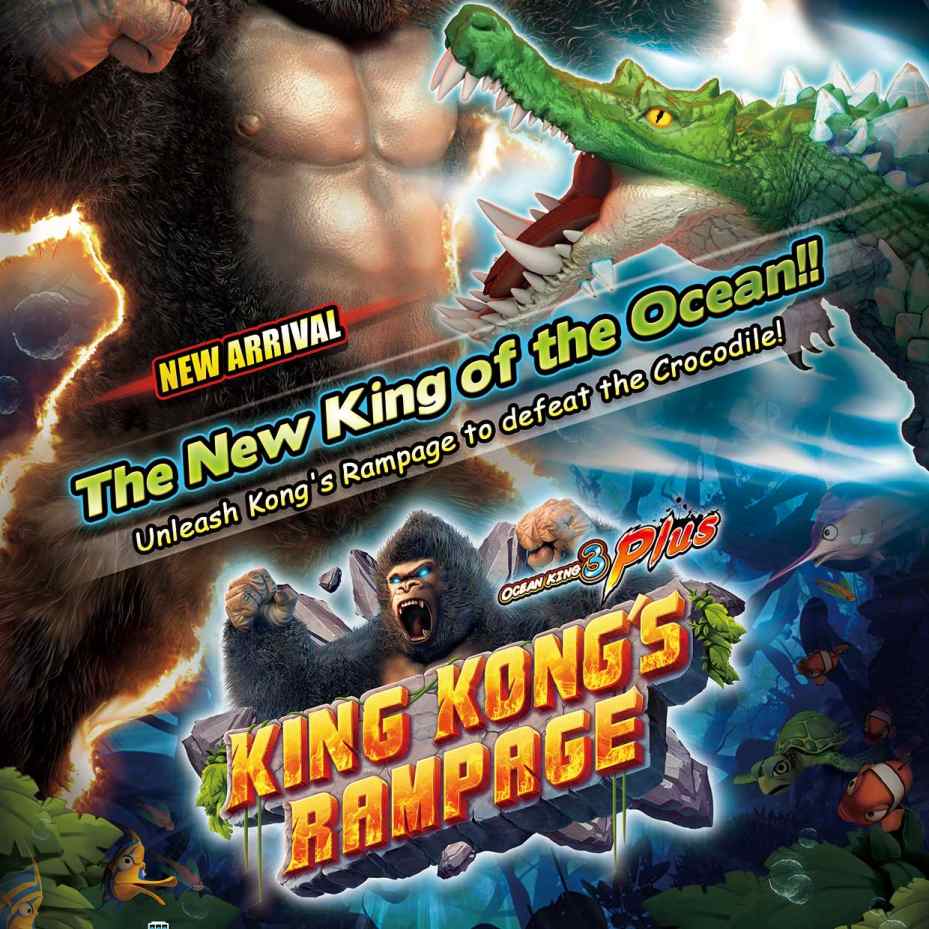 DE PERE, Wis. - EntSun -- 8 Line Supply has the latest in the Ocean King 3 Plus series

Ocean King 3 Plus is a fishing game with configuration options for four, six, eight or 10 players. King Kong's Rampage is available as a game only with the I/O board or as a complete game in a ten-player cabinet.

The eye-catching graphics and fast action provide an effective contrast to traditional games such as the Plain Jane coin pusher machine.

You will also want to ask us about Ocean King 3 Plus: Golden Legend Plus, another new game in the Ocean King 3 collection.

Players have a wide range of fish and sea life to catch in Ocean King 3 Plus: King Kong's Rampage. The fun explodes – literally – by catching a Super Bomb Crab. This triggers a chained bomb attack that produces a chance to catch more fish in the wide explosion.

Catching a Vortex Fish sucks all fish of the same species in the area into a whirlpool, and catching a Lightening Fish will trigger the Lightning Chain.

Successfully catching a Laser Crab gives players one shot to catch everything in its path, while a Smash Hammer Crab engages a large hammer that can smash every fish on the screen.

Special features of Ocean King 3 Plus: King Kong's Rampage include the Roulette Crab, which triggers a Roulette bonus game, plus with Fast Bomb, Golden Treasure, and Fire Storm features.

Call us for the latest prices on King Kong's Rampage, Golden Legend Plus, coin pusher games and other entertainment options for your home or business.

8 Line Supply is a leading distributor of 8 Liner, Cherry Master, Pot-O-Gold and Coin Pusher amusement and gaming machines. In addition, 8 Line Supply provides a full line of accessories from top brands in the industry including game boards, LCD monitors, bill acceptors, harnesses, power supplies and more for customers throughout North America and around the world.

Customers are invited to place orders for Ocean King 3 Plus: King Kong's Rampage at http://www.8linesupply.com, call 920-347-0333 or visit the 8 Line Supply retail location at 2210 American Blvd. in De Pere, Wisconsin.