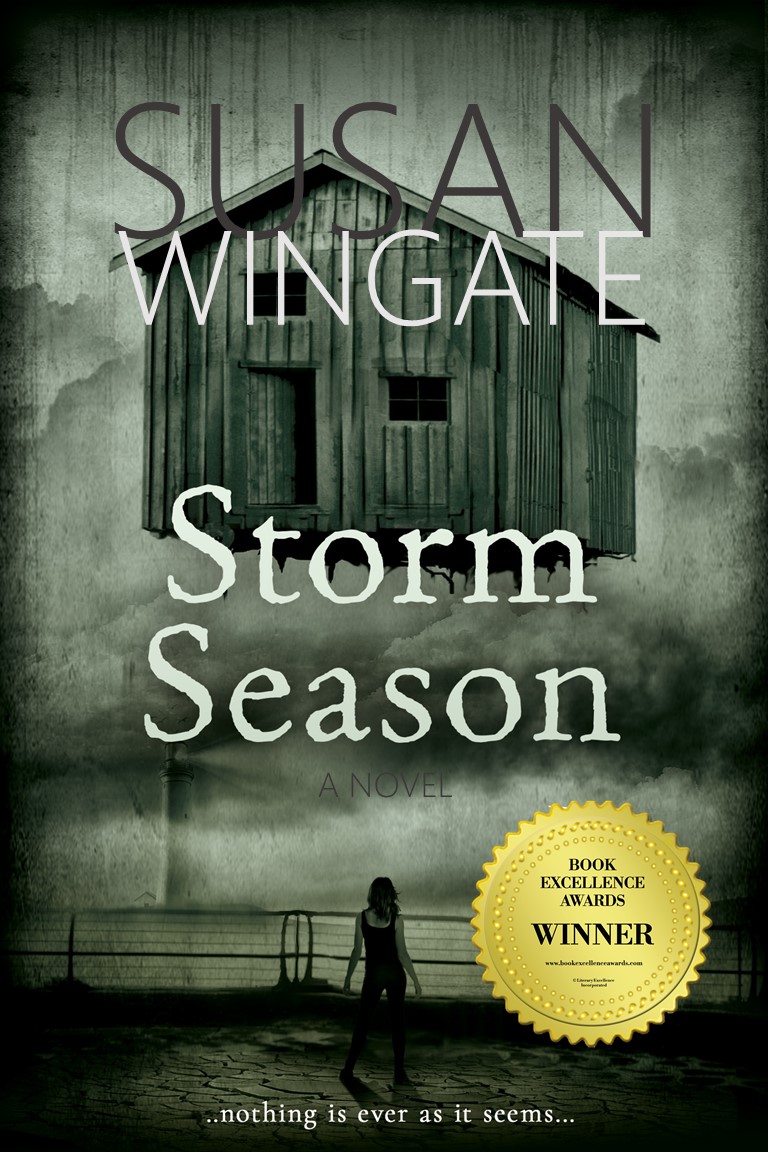 Susan Wingate's psychological thriller, Storm Season gives women the courage they need to carry on.
SEATTLE - EntSun -- Susan Wingate's STORM SEASON wins a 2019 for the Thriller Category. Founded in Toronto, Ontario, the Book Excellence Awards is an international book awards competition dedicated to recognizing both independent and traditionally published authors and publishers for excellence in writing, design and overall market appeal. Previous Winners and Finalists of the Book Excellence Awards have doubled their book sales, garnered attention from film producers, received distribution in book stores and increased their visibility and media attention.

"What a surprise to get the winning notification. I had forgotten the publisher had entered this award. I'm thrilled," says Susan Wingate. "Storm Season has gotten great reviews from some highly respected reviewers both journals and NY Times Bestselling authors but I really wasn't sure, scared actually, if the story would translate to readers, if they would like it also." Although a majority of male reviewers have given STORM SEASON the highest kudos, the story resonates with women as well who have children and, specifically, children at-risk. Drug abuse is a key element threading the action of this story. Women will come away from reading this heart-pumping thriller feeling empowered, feeling they can overcome all odds. How do they benefit from reading Storm Season. Which is why Susan Wingate wrote the book.

More on EntSun News
For readers who enjoy books such as Gone Girl by Gillian Flynn, Pretty Girls by Karin Slaughter, and The Girl on the Train by Paula Hawkins.

Meg Storm has stepped in it. After becoming entangled in an industry as nefarious as it is criminal, Storm gets swept into the lurid world of drugs. After daughter, Lily, dies from an apparent heroin overdose, her husband also dies. Meg has nothing left to lose. She becomes a woman on the hunt. But will she be the hunter? Or, the hunted? Meg realizes nothing is ever as it seems.

The book has already received some great reviews from industry leaders.

"STORM SEASON…Wingate demands readers' close attention from the very first sentence to the last. But does it pay off? Absolutely. Prepare to be haunted long after turning the final page." –BestThrillers.com

"I'm still reeling after finishing Susan Wingate's latest, STORM SEASON.  Brilliantly written, here is a tale that grips you by the throat from the opening prologue to the gut-punch of an ending.  Both tender and brutal, intelligent and visceral, each page carries a reader further down a harrowing path to a conclusion both inevitable yet also shocking. This novel will leave an indelible mark on your soul.  Don't miss it." —James Rollins, New York Times bestseller of The Demon Crown

"In the tradition of GONE GIRL, Susan Wingate's STORM SEASON is both layered and nuanced. Like a striptease. the story unwinds itself, building one fear above the other.  She has created a world both surreal and REAL, where regrets don't just swallow you whole… They KILL you." –JCarson Black, NY Times Bestseller

More on EntSun News
About the Author – Susan Wingate was born under the Year of the Dog and under the Sun sign of Leo. She's also an Amazon bestseller and award-winning author of "The Deer Effect," the Bobby's Diner series, and "Drowning." Her writing spans genres including family drama, YA fantasy, mystery/thriller, and inspirational fiction. Susan is a founding member of the Authors of the San Juan Islands, a membership association for published authors living in and around the premiere San Juan Island archipelago of the Pacific Northwest. Her latest memoir "The Dementia Chronicles" is a chronicle of the time she was the primary caregiver to her dying mother. When Susan isn't writing, you can find her out tramping through the woods chasing deer. Susan lives in Friday Harbor, Washington with her husband, Bob.