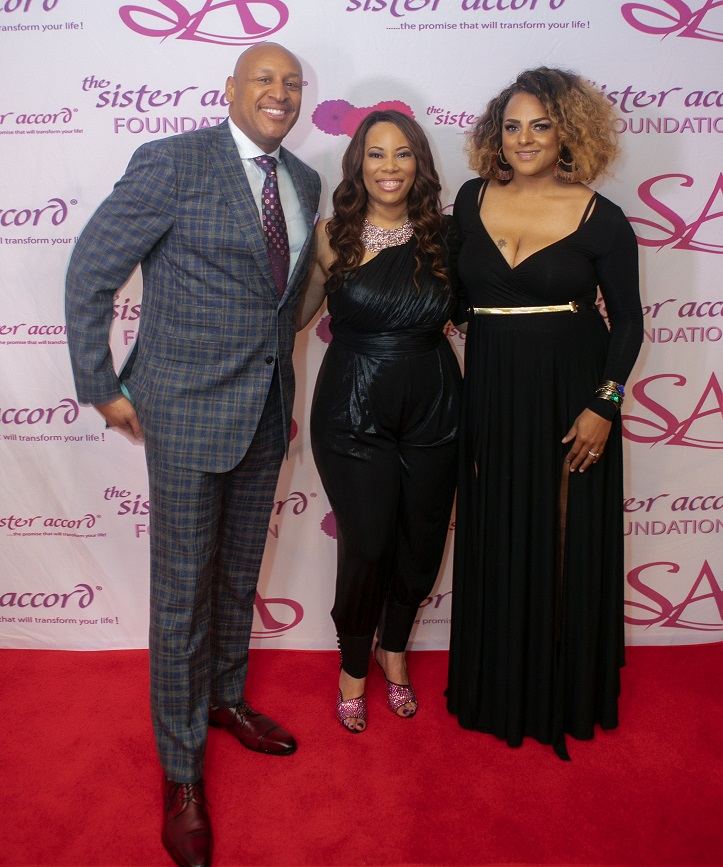 The event was part of the 2019 Sister Accord Day Celebration, focused on spreading LOVE & Sisterhood across Cincinnati, and around the globe.  Jackson Myles shared, "It's amazing to me how something that started here in Cincinnati on August 31, 2013, is now being celebrated across the globe by girls, women, boys and men!"  My mission of having 1 billion girls and women learn how to love themselves and each other is coming to life in a very powerful way.

"Marsha Ambrosius performed her huge hit, Butterflies, and literally left the audience speechless!" said Jackson Myles.  Brian Courtney Wilson, who is the second male to receive the leadership award, brought a powerful spirit of love and peace to the attendees as he performed All I Need, which was a favorite of Founder Sonia Jackson Myles' Mother, who recently transitioned on June 10, 2019.  The announcement of The Nella D. Jackson Memorial Scholarship Fund has been established to provide funds for young women pursuing their college education.

More on EntSun News
Another highlight of the evening was the announcement and sharing of Sonia Jackson Myles' first documentary titled "The Making Of A Global Movement ~ The Sister Accord® Story" highlighting one woman's dream to spread LOVE & launch a platform of Sisterhood as a lifestyle.  Jackson Myles shared, "I have so many stories of transformation, as a result of The Sister Accord movement, from around the globe.  I wanted to create this documentary to inspire others to know that their dreams matter and are the keys to helping others live their best lives!  Cinematographer & CEO, Jason Young of JYSproductions LLC, who has chronicled and captured Sonia's vision since 2014 commented to Sonia Jackson Myles during the program "Believing in your dream and vision was easy for me because you were so clear.  This is legacy building work for my daughters and I as well."

The 2019 Sister Accord Leadership Award Honorees:

More on EntSun News
"I am so thankful that we have been able to touch thousands of people with The Sister Accord Tea Party Tour and millions with the message of The Sister Accord across the globe.  I really appreciate my long-standing partners:  Hilton, TJ Maxx, Woodhouse Day Spa, Lisa Robin Jewelry, Easley Blessed Photography and JYSproductions LLC.  7 Principles Foundation is one of our major sponsors this year.  Thanks also to The Onyxx Group for their support and superior transportation and concierge service," says Jackson Myles.