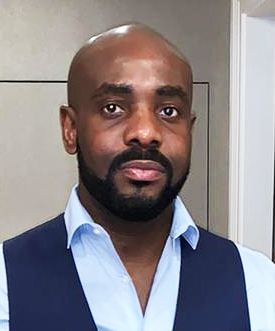 BELGRAVIA, U.K. - EntSun -- It was not long ago that the idea of issuing an airdrop was the best way to grab attention for a newly launched cryptocurrency. Fast forward, now airdrops are becoming to be a powerful means for those in the developing world to create a monthly income.

Airdrops, as we know them, are cryptocurrencies that are given out for free, to create awareness or reward participants for helping promote a platform's offering. This new phenomenon has now lead to a demand in individuals, racing to claim tokens and trade them on cryptocurrency exchanges for any price they can get at times.

Sam Enrico Williams, the CEO and founder of credit and custodial platform Zloadr says, "typically, this would usually not be beneficial for the platform as the price of it's token often loses value. Still, for the holder of the airdrop claimer, it is a means to accumulating an alternative token such as BTC or ETH in small quantities at a time".

"When airdrops are claimed in their hundreds, it is easy to see how claimers can make a decent earning out of collecting tokens for performing certain tasks."

More on EntSun News
As of now, platforms are still issuing out airdrops, and claimers are trading as many as they can get their hands on, leading to more ETH or BTC if the token has any liquidity on an exchange it is currently trading on.

Not only can airdrop claimers amass between $500 to $1000 from these practices alone but what's important to look at is that the majority of the claimers are from countries where the poverty rate is higher than other averages.

So it's safe to say, cryptocurrencies are helping to defeat world poverty.

Sam Enrico Williams is one the "Cryptocurrency Twins" who are known for creating a cryptocurrency in their mum's kitchen that went on to be one of the world's valuable currencies at the time. At the peak of the Bitcoin frenzy, their holding was valued at over to $1 billion.